Azerbaijan to increase gas flow to Europe via Turkey: Minister 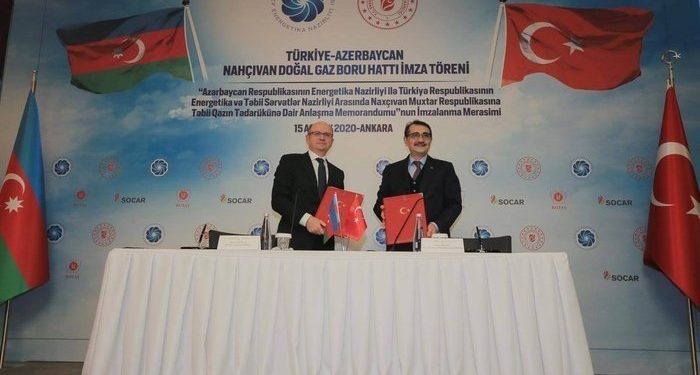 The issue of gas supply was also on the agenda during the meeting between President Recep Tayyip Erdoğan and Azerbaijan’s President Ilham Aliyev last week.

During the meeting of the two leaders, the issues related to the Turkey-Nakhchivan Natural Gas Pipeline project were discussed. The leaders also expressed their views on the contribution of the Turkey-Azerbaijan cooperation to Europe’s energy security.

The sanctions against Russia are expected to have a heavy impact on the global energy market. In response, as Western sanctions have also wreaked havoc on the Russian economy, Russian President Vladimir Putin reiterated on Thursday Moscow’s commitment to continue shipping oil and gas to Europe.

“We will fulfill all our obligations in the field of energy supply. We will supply everything we have to supply,” Putin said at a government meeting, according to the Interfax news agency, describing Europe as the main customer for Russian energy.

Putin also had appeared to be making a case for foreign investment in Russia at the ministerial meeting. Closing oneself off to anyone is not the answer, he said.

“We are open to cooperation with all our foreign partners who want it,” he said, adding that the rights of foreign investors in Russia who did not want to leave the country needed reliable protection.