A conference on "Azerbaijan, Turkey and Iran Relations" was hosted Wednesday by the Azerbaijan Center for the Analysis of International Relations (AIR Center) with representatives from the three nations. 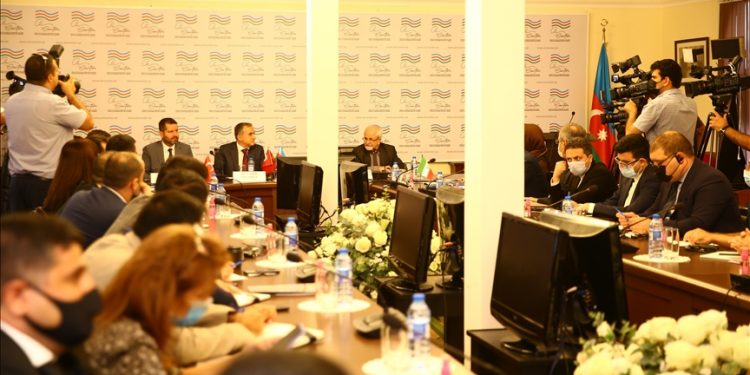 He noted that a six-party cooperation format was proposed by Turkey and Azerbaijan with the participation of Armenia, Georgia, Russia and Iran and said although it seems difficult for the six to come together in the near future, “we must continue our cooperation with Turkey and Iran.”

Kazem Sajjadpour, Iran’s Deputy Minister of Foreign Affairs and the President of the Institute of Political and International Studies, congratulated Azerbaijan on its liberation and emphasized the importance of cooperation between think tanks in Azerbaijan, Iran and Turkey.

The head of the Center for Iranian Studies in Ankara, Hakki Uygur, said Turkey, Azerbaijan and Iran have many common aspects in terms of history and culture and noted that the three face “similar challenges in the current global system.”

“All three countries have faced similar pressures from western powers. Some western countries impose harsh sanctions on Iran,” he said.