Next to the participation of various assets belonging to the Turkish Armed Forces, the organizers of Teknofest 2021 managed to secure the partaking of two MiG-29s fighter aircraft belonging to the Azerbaijan Air Force. 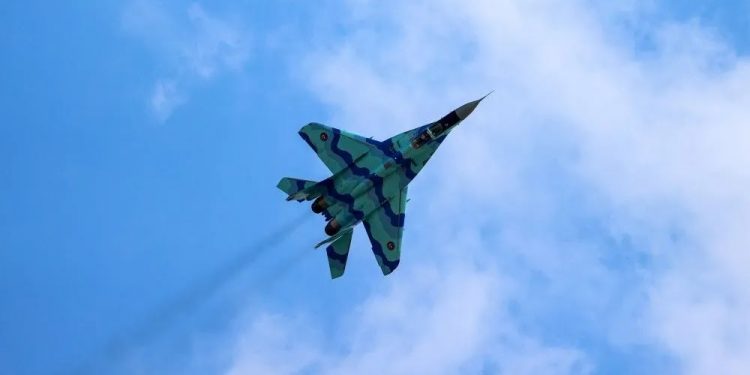 The colourful MiG-29s offer a stark contrast to the Western and Turkish aircraft designs also on display at Teknofest. For those unfortunate enough not to be attending Teknofest this year, footage of an Azeri MiG-29 performing a demonstration flight during Teknofest can be viewed here.

The two MiG-29s are in Turkey for the TurAz Falcon – 2021 joint flight-tactical exercises of the Azerbaijani and Turkish Air Forces that took place at Konya air base from September 1-17. The annual exercises are aimed at improving joint operations between the combat aircraft of both countries, which are of Soviet and U.S. origin and thus have little in common. A total of two MiG-29s and two Su-25s of the Azerbaijan Air Force were involved in this year’s exercise. [1]

After the successful conclusion of the exercise, the two Su-25s returned to their home base Kyurdamir in Azerbaijan while the MiG-29s remained in Turkey. 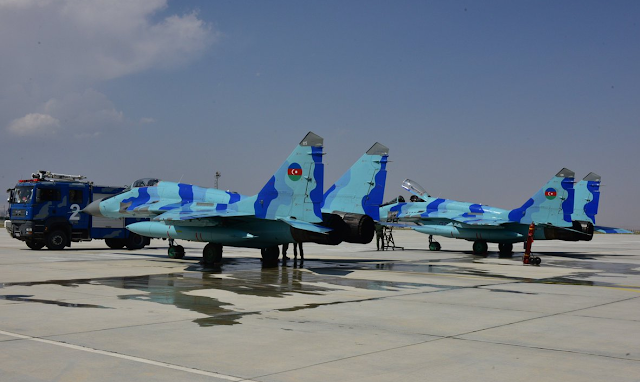 This year’s iteration of Teknofest kicked off with a formation flight by the Turkish and Azerbaijani air forces over the Bosporus strait. One A400M transport aircraft followed by two F-4E-2020 Terminators, two F-16s (one belonging to the Solo Türk aerobatics display team) and two Azeri MiG-29s took part in the aerial display. 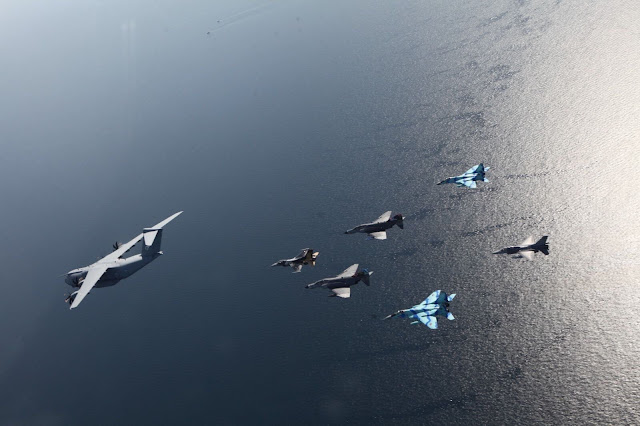 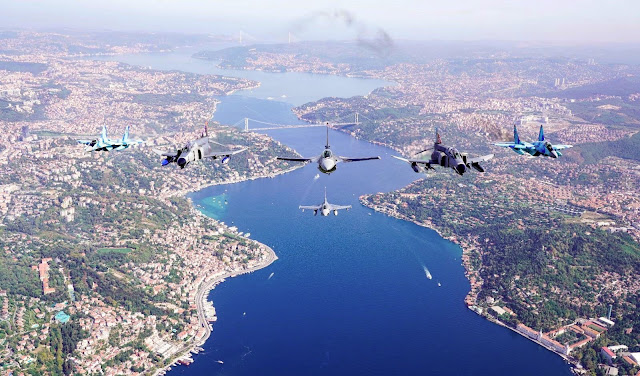 Azerbaijani Air Force aircraft and helicopters frequently deploy to Turkey to take part in mutual exercises, most notably Anatolian Eagle. As the Azerbaijani Air Force still flies a number of Soviet and Russian types, including the MiG-29 and Su-25, a lot of attention is devoted to improving interaction and communication in joint operations. In a wartime scenario, this could for instance see Turkish F-16s flying top cover for Azeri Su-25s close air support aircraft. The efficiency of Azerbaijan’s Su-25s in this role has been greatly increased through the integration of Turkish guided bombs, SOM cruise missiles and Belarusian Talisman ECM pods. 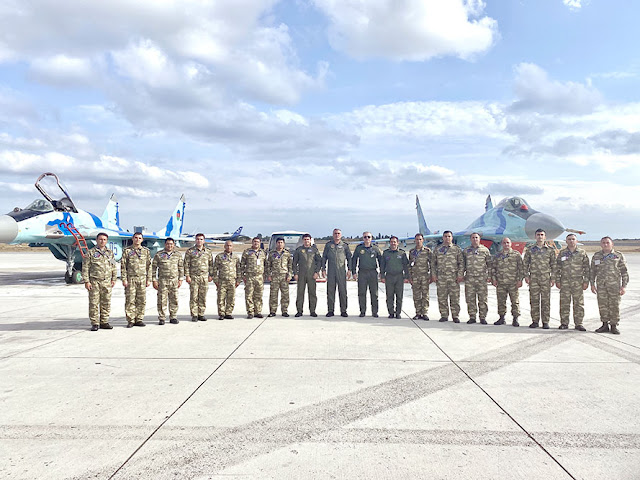 In Azerbaijani service the MiG-29s operate out of Nasosnaya AB near the capital Baku. A total of fourteen MiG-29s remain operational (out of sixteen examples originally delivered by Ukraine in the since 2006), consisting of eleven MiG-29S 9.13 single-seaters and three MiG-29UB trainers. [2] The fleet suffered two crashes since 2006: a MiG-29UB in January 2008 and a MiG-29S in July 2019. [3] Although their replacement by Pakistani JF-17s is frequently on, it currently seems that Azerbaijan’s MiG-29s will continue to soldier on for the foreseeable years. 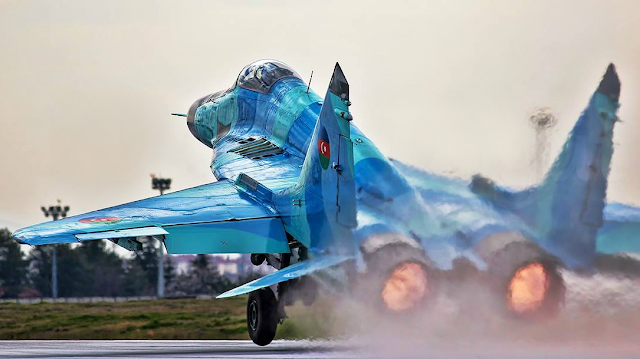 The two MiG-29s will perform aerial demonstrations on different days during Teknofest 2021 (note: they won’t perform on Thursday and Friday!), which will last until Sunday September 26.