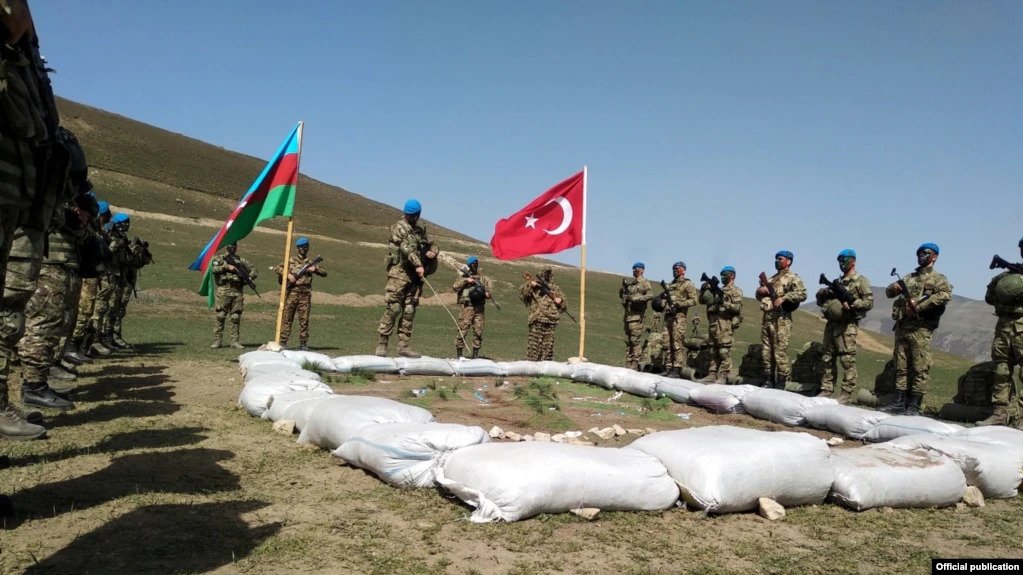 The Azerbaijani and Turkish militaries kick off joint exercises on April 8.

The exercises, announced on April 8, came almost five months after Azerbaijan fought a brief, but successful, war with Armenian forces over the breakaway Nagorno-Karabakh region.

The mountainous enclave is internationally recognized as part of Azerbaijan but had been controlled by ethnic Armenians since the early 1990s.

The Azerbaijani Defense Ministry said in a statement that the drills were aimed at “developing the military decision-making, initiative, and management skills of operational unit commanders.”

No further details were given.

Azerbaijan’s battlefield successes in and around Nagorno-Karabakh last fall were in no small part due to the active involvement of the Turkish military, which sent observers and advisers, and helped arm its historic ally with sophisticated aerial drones that pummeled Armenian forces.

The six-week war concluded in November with a Russian-brokered cease-fire, under which a chunk of the region and all seven districts around it were placed under Azerbaijani administration after almost 30 years of control by ethnic Armenian forces.

It also resulted in the deployment of around 2,000 Russian peacekeepers.

More than 6,000 people died in the fighting.