Azerbaijan wants to build the Armenian section of the road as well. Pashinyan objects.

The Armenian government is preparing to invite bids for the construction of the 8-km section of the new road, an alternative to the Lachin corridor that will go through the village of Kornidzor in Gafan District. According to Hraparak newspaper, the tender will be announced in August. 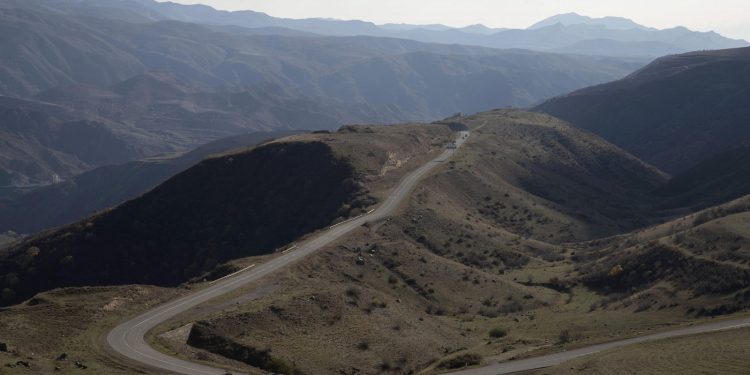 Meanwhile, the State Agency of Azerbaijan Automobile Roads is about to complete the construction of the 32-km section of the new road through the territory of Azerbaijan. This road will bypass the city of Lachin and go through the villages of Kichik Galaderesi and Boyuk Galaderesi of Khojaly District until it merges with the Shusha-Khankendi road.

Armenia has yet to start building its section of the road. Prime Minister Nikol Pashinyan mentioned the construction a few days ago, failing, however, to say anything about its timeframe.

According to the trilateral agreement of November 10, 2020, a new road bypassing Lachin is to be built within 3 years, while the administrative center itself is to be returned under Azerbaijan’s control.  After Pashinyan confirmed his intention to fulfill this clause of the agreement, the revanchist forces in Yerevan started to stir.

There are currently 50 Armenian families living in Lachin illegally. The Armenian government plans to relocate them to Kichik Galaderesi and Boyuk Galaderesi villages in the future. At the same time, the fate of the Armenians illegally residing in the village of Zabukh in Lachin District remains undecided.