US House of Representatives Speaker Nancy Pelosi, who visited Taiwan last month, causing great tension with China, is said to visit Armenia, which was involved in major deadly border clashes with its neighbour Azerbaijan. 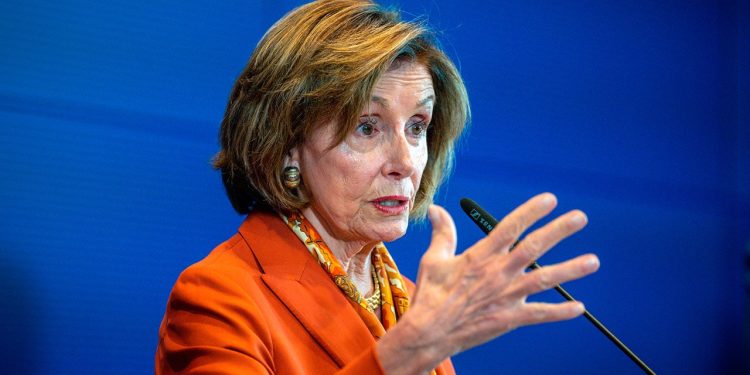 Along with Pelosi, the Armenian-born California Representative Jackie Speierile will visit the country. To recap, Speierile is reported to be one of a handful of Armenian-American lawmakers in Congress.

As explained in foreign news sources, with the midterm elections approaching – and the possibility that Pelosi will lose the gavel if Republicans retake the majority – the consensus in Washington is that Pelosi wants to cement her legacy as a champion of human rights not just in the United States, but globally.

The news of Pelosi’s possible visit elicited a variety of reactions in Azerbaijani society. In this regard, Azerbaijani political analyst Farid Shafiyev drew some parallels.

“Interestingly enough, the position of France and the United States with regard to the recent clashes between Armenia and Azerbaijan somewhat resembles the position of Iran. Against this background, the announced visit of Speaker Pelosi to Armenia resembles visits of French presidential candidates to Armenia before the 2022 elections. Pelosi is also after Armenian votes in her constituency in California. From some perspectives, it is good PR for her, first of all, and for Armenia, but hardly it is conducive to peace negotiations and security in the region. But who cares? She will get reelected but probably lose the speaker’s gavel as the Republicans are predicted to take over the Congress majority,” Shafiyev wrote on his Twitter.

The analyst believes that the Armenian nationalists, especially in the diaspora will get inspired and receive money for more lobbying campaigns.

“Geopolitical powers will benefit from divide and rivalry. But people in the region will remain fragmented, fragile and caught in another cycle of hatred. Until they realise that the way forward is mutual recognition of borders and sovereignty,” he noted.

In late September 2021, Azerbaijani President Ilham Aliyev stressed that Armenia’s diaspora organisations and also the media controlled by the Armenian lobby distorted the essence of the conflict with Armenia.

“The fact that Armenia is an aggressor, an occupier which committed ethnic cleansing and an act of genocide in Khojaly, destroyed all historical and cultural buildings – all this was concealed,” Aliyev said.

To recap, ANCA, which is the US branch of the Armenian Revolutionary Federation (ARF), unites the most radical nationalists building up hatred towards Azerbaijan and Türkiye as a way to ensure political and financial support for themselves.

It is noteworthy that Azerbaijan was one of the first countries to join the global anti-terror coalition assembled by the US government. Azerbaijan opened its airspace to the allied forces and assured its agencies would cooperate and provide information that would assist in American-led efforts.

Azerbaijan’s contributions to the US-led anti-terror campaign also included deploying a peacekeeping contingent in Afghanistan. Azerbaijani peacekeepers began serving there in November 2002, and by 2021 the contingent consisted of 120 servicemen. They left the country more than a week after the Taliban seized power on August 15, 2021.

US front against Russia in South Caucasus

An Azerbaijani political expert, Elkhan Shahinoglu, thinks that Moscow will have to think more about Pelosi’s visit and explain it to Washington’s regional geopolitical interests.

“Nancy Pelosi, the Speaker of the United States House of Representatives, is planning to visit Armenia. Pelosi will meet with Armenian MPs and Nikol Pashinyan in Yerevan. It is obvious why she is coming. Pelosi’s ties to the Armenian lobby are well known, and she will make statements against Azerbaijan. Pelosi’s visit to Yerevan will make the Kremlin think more than we do. Washington is attempting to save Armenia from Russia’s clutches with all of its might. The mysterious visit to Yerevan by the US Central Intelligence Agency some time ago was related to this,” he wrote on his Facebook page.

Meanwhile, some believe that the USA seems to prepare for opening a second front against Russia in the South Caucasus in Armenia as Russia as its servicemen on the Azerbaijani and Armenian territories. After Baku, Yerevan and Moscow signed a ceasefire deal in November 2020, the latter stationed about 2,000 peacekeepers in Azerbaijan’s Karabakh region.

“The most difficult issue falls on Armenia. Because the 102nd military base of Russia is located on its territory, and according to the military cooperation agreement concluded between Moscow and Yerevan in 2010, the base’s deployment in this country was extended until 2044. Therefore, Yerevan does not have the chance to suddenly say “I’m sorry” to Russia… Also, under the conditions that Armenia is waging an actual war with Azerbaijan and does not intend to conclude a peace agreement. This inevitably leaves Yerevan with the need to cling firmly to Moscow’s skirts,” Baku-based news website ovgat.com reports.

The website assumes probably it is for this reason that John Bolton, the former US president’s national security adviser, told country officials in Yerevan in 2018 that “the development of Armenia as a stable and sovereign state is possible only if the Armenia-Azerbaijan conflict is resolved”.

“In our opinion, it was no coincidence that Armenia attacked Azerbaijan a few days after Philip Reecker’s visit to Yerevan and received an adequate response, followed by Pashinyan appearing and saying ‘I am ready to conclude a peace treaty even if you curse me or overthrow me’. The goal was to clearly show the Armenian people that there is no other option but to conclude a peace agreement with Azerbaijan, otherwise, the bloody war will start again and thousands of soldiers will die,” the report adds.

Although Pashinyan’s statement is followed by protests, it is supposed that pro-Russian forces will fail to overthrow him.

“Because the Armenians are tired of the former governments that were Russian servants and do not want them to return to power. Most importantly, the new governments cannot avoid the responsibility of signing a peace agreement, and the United States, which wants to drive Russia out of the South Caucasus…, will also have to mobilise its forces against them. This can lead to a civil war in Armenia,” the website forecasts.