The Revolutionary Court of Tehran has sentenced Alireza Farshi Dizajikan, a prominent civil activist being held in Greater Tehran Penitentiary, to another four years and two months in prison. 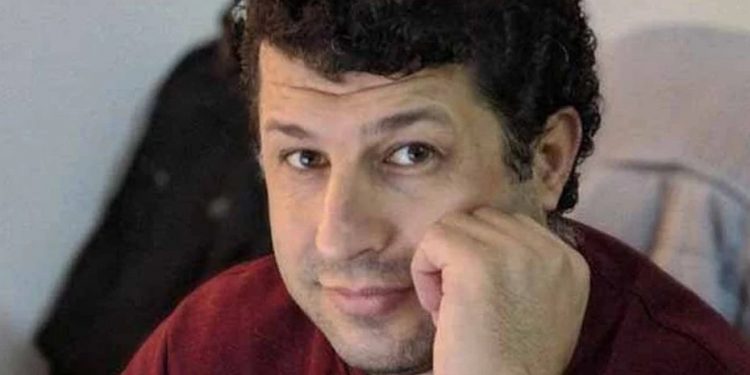 The sentence was issued on Wednesday, March 31 by Branch 26 of the court, presided over by Judge Iman-Afshari. The official charges against Farshi were “conspiracy against national security” and “propaganda against the regime”. He was also banned from membership in political and social groups in Iran for two years, and to two months of unpaid labor in Tehran Municipality’s recycling department.

Alireza Farshi has long been one of the most vocal advocates for the linguistic rights of ethnic minorities in Iran. He was formerly a professor at Siraj University and a faculty member at Jolfa International University in East Azerbaijan.

He has been detained several times for his peaceful but politically-sensitive activities, including setting up a library in Azeri Turkish for deprived villagers in his home province, as well as running campaigns calling for education to be provided in their mother tongue.

In January 2020, Branch 54 of the Tehran Court of Appeal, presided over by Judge Babaei, had sentenced Farshi, who is from Marand County, together with his fellow campaigners Akbar Azad, Hamid Monafi, and Behnam Sheikhi to two years in prison each for publicly celebrating International Mother Language Day in 2013 in the city of Baharestan.

Farshi was rearrested on July 21, 2020 during a home visit in Tehran and taken to Evin Prison. He was then transferred to Greater Tehran Penitentiary, also known as Fashafuyeh, after writing a series of open letters criticizing the handling of the case and the poor conditions in Evin.

On February 20 this year, just one day before World Mother Language Day, the activist told relatives that a new case had been filed against him by the Ministry of Intelligence. Yesterday night his relatives released an audio file in which Farshi said he had been taken to the Tehran court in handcuffs and chains on Wednesday morning, without any prior notification. Due to the lack of notice his lawyer was unable to attend the hearing and had not prepared a defense. Farshi decried the verdict issued against him as “an example of a drumhead court martial” and said it had lasted all of five minutes.

In the audio file, the activist also listed the various accusations made against him. “The donation of Turkish books to remote villages of Azerbaijan is the reason for ‘propaganda against the regime’,” he said, “and publishing pictures of Azerbaijani prisoners, including Abbas Lesani, is one of the reasons for ‘gathering and colluding against national security of the country’.”

During the mass release of political prisoners due to coronavirus last year, Alireza Farshi was among the many inmates denied temporary leave after the security services intervened in his case. In a bitter open letter to Iran’s Chief Justice Ebrahim Raeesi, he railed against the Ministry of Intelligence’s interrogators, asking who was holding them accountable. “I am the plaintiff, the interrogator, the judge, the prosecutor, and the prison guard,” he wrote. “You have no choice but to follow me, and even if you want a reduction in your punishment, you must come to me.”

The Islamic Republic’s judiciary and security apparatus has recently ramped up pressure on ethnic minorities and the activists who support them. In the last days of the Persian calendar year 1399, Yashar Piri, a civil activist living in Tabriz, was detained by the Basij for celebrating World Mother Language Day by distributing books. He reportedly suffered kidney failure and lung damage due to the severe beatings he endured in detention, and was being treated in Imam Reza Hospital in Tabriz up until March 10. Then on New Year’s Eve, the Revolutionary Court of Maragheh sentenced Mokhtar Ebrahimi, a writer and civil activist living in that city, to 10 years in prison after his home was raided last year.