Chief of the State Security Service of Azerbaijan Ali Naghiyev, who is on a working visit to Tbilisi, today met with Georgian Prime Minister Irakli Garibashvili, as well as his Georgian counterpart Grigol Liluashvili. 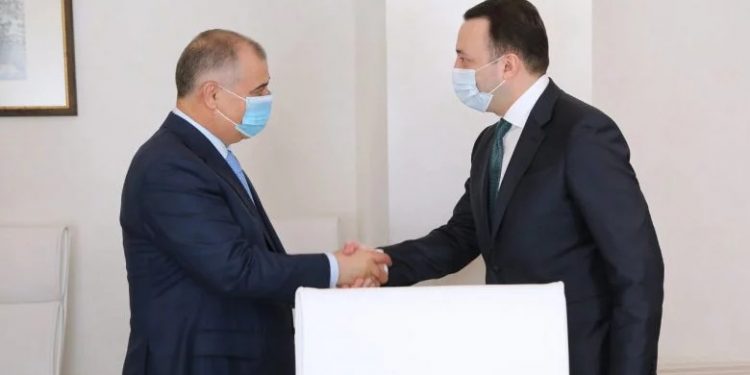 According to the Georgian Government’s press office, the Georgian Prime Minister and the Azerbaijani Security Service Chief discussed “the main directions for security cooperation,” also stressing the “importance of close cooperation between the security services” of the two countries.

During the meeting with Grigol Liluashvili, the two Security Service Chiefs discussed the issues and future plans of security cooperation between Tbilisi and Baku.

Prior to the meeting, Liluashvili and Naghiyev laid wreaths at the memorial of fallen Georgian soldiers at Tbilisi’s Heroes Square, and at the monument of late Azerbaijani President Heydar Aliyev in the Georgian capital’s downtown.