Azerbaijan’s truth is in its strength: The choice that was forced on us

European admonitions about a "peaceful solution of the conflict" and "playing nice" are not very believable. This is the song European democrats usually sing before they rob someone. Because those unlucky to be serenaded with it begin to disappear one by one. 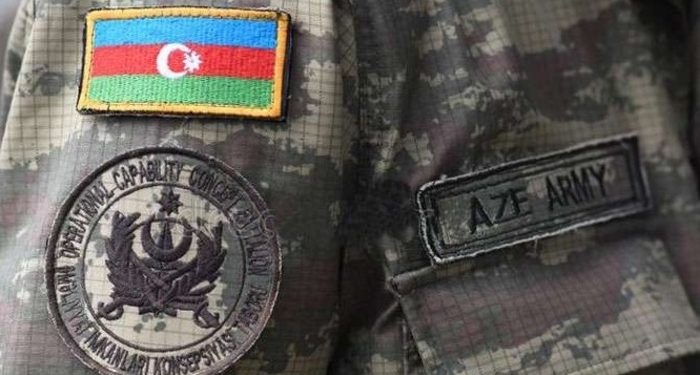 “Since the beginning of the full-scale invasion of Ukraine by the Russian army, Ukrainian law enforcement has recorded more than 34,000 crimes committed by the occupiers. Our justice system will do its part, but at the same time the International Criminal Court must also punish the perpetrators of the crimes within its jurisdiction. We are talking about war crimes, crimes against humanity, and genocide.” This is from Zelenskyy’s speech at the conference in The Hague that discussed the coordination of efforts at accountability for Russia’s war crimes in Ukraine.

Zelenskyy seems like a sincere person, which, for a politician, is more of a flaw than a virtue. But he has nothing to be ashamed of: standing at the helm of a country at war with a strong and cynical enemy, he is doing everything he can and even a little more. Responsible for everything and everyone. For every human soul. He has no reason to be ashamed of his tears, it is those who killed people in Ukrainian cities who should be ashamed. And those who do nothing to punish the guilty. For the rocket attacks on Vinnitsa, for Borodyanka, for the shelling of Odessa and Dnepr, for the death of little Liza. Yet the whole world was silent when the fascist Armenian scum launched rocket attacks on Ganja, Tartar, and Barda. They too killed children. Azerbaijani children. The little one-year old Sarvan in Khojali. The two-year-old Zahra in Alkhanli. No one heard about any conferences and tribunal addressing our grief.

We have long lost all hope of justice for Azerbaijan. We chose to take justice into our own hands. Azerbaijani soldier can come after these Eichmanns any time, and no lawyers will be provided. Was that cynical? No more than the way our victims are treated. We learned a long time ago whose side the so-called international community is on. It has its own biases based on confessional and ethnic sympathies, and we have ours. We have no intention of pursuing the hypocritical ideals the West proclaims, and we are not going to cry ourselves to sleep if we do not live up to them. A more tempting idea is to instill terror in our enemies, so that the mere thought of pointing weapons at Azerbaijan would make them panic. Ukraine is supported by the entire world, and it makes Azerbaijanis think better of the world. We had no support from anyone in Europe during the first Karabakh war.

European admonitions about a “peaceful solution of the conflict” and “playing nice” are not very believable. This is the song European democrats usually sing before they rob someone. Because those unlucky to be serenaded with it begin to disappear one by one. Later, the same international organizations send humanitarian aid to the robbed survivors… at their own expense, come to think about it. And all these assemblies, unions and associations are to blame that their resolutions, and indeed any statements made within their walls, are treated with indifference at best. Or with a barely contained smile. Azerbaijanis have excellent memory. For example, we remember PACE rejecting the resolution “Escalation of violence in Nagorno-Karabakh and the other occupied territories of Azerbaijan” on the withdrawal of Armenian troops from Nagorno-Karabakh and the other occupied territories of Azerbaijan. That was January 2016.

Double standards? Yes, these are double standards. Azerbaijan has learned its lesson, and we will play the same game. And let’s call a spade a spade: the authority of international organizations and international law is as great as the strength of the Armenian Armed Forces. “Now the groom can even kiss the bride.”

When the law is not working, and the law, sadly, is not working, come vigilantes… or organizations like the Difai, whose function was to physically eliminate the filth… or the state conducts Operation “Mivtzah Elohim”… So, one should take guidance not from conferences, but from the Israeli experience: “We will get you anywhere, and we promise you no easy death”. Targeted strikes, consistent annihilation of those who gave the order to fire on the residential areas, and of those who carried out these orders. Pity for the others leads to more deaths among your own. International law? There is no international law. The enemy that can press the launch button must be afraid. Not just for themselves, they must fear for their families as well. Where there is a will and a list, there is a way and a must.

The others are never right, but your own people always are. And you must come up with ten thousand excuses for your own people, but not for the others, because they are not one of us and have nothing to do with us. Maybe this is not something that should be said out loud, but this is how it should be done. There is a great scene in Alexei Tolstoy’s novel Peter the First, a conversation between Peter and a strelets: “Do you regret not killing me when I was little? I know that all of you men have a hidden knife for me. But I have got an axe for each of you.” This is what we are going to proceed from. Not only that, but we are going to advise our friends to do the same. Even “one down” is good enough. Since there are no Hagues and no conferences for us.