Azimuth Airlines started operating flights to the capital of Azerbaijan. On the June 19, the first direct flight A4659/660 Mineralnye Vody — Baku — Mineralnye Vody. 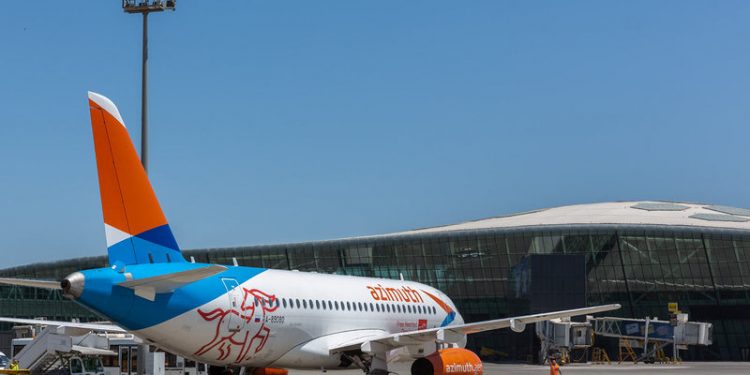 The first flight to Azerbaijan was performed by the jet with branded livery «Free-hearted Don land».

According to the aviation tradition, the aircraft was greeted with a water arch at the Heydar Aliyev International Airport.

Azimuth Airlines keeps the tradition of congratulating the first passengers of the first flights on the new destinations.

Magsud Abdullayev was the first to purchase a ticket for flight A4659 and was awarded a certificate for a free flight from the Azimuth Airlines and souvenirs from the Mineralnye Vody International Airport.

Gullar Alieva became the first passenger of the A4660 Baku – Mineralnye Vody flight and also was awarded a certificate for a free flight from the Azimuth Airlines.

The flights to Baku from Mineralnye Vody are operated on Saturdays according to the schedule:

The local time is indicated for every airport.

The tickets, services and the schedule are available at the official website of Azimuth Airlines.