Baku calls for starting the process of demarcation and delimitation of Azerbaijan’s border with Armenia, the Azerbaijani Foreign Ministry said in a statement on Wednesday. 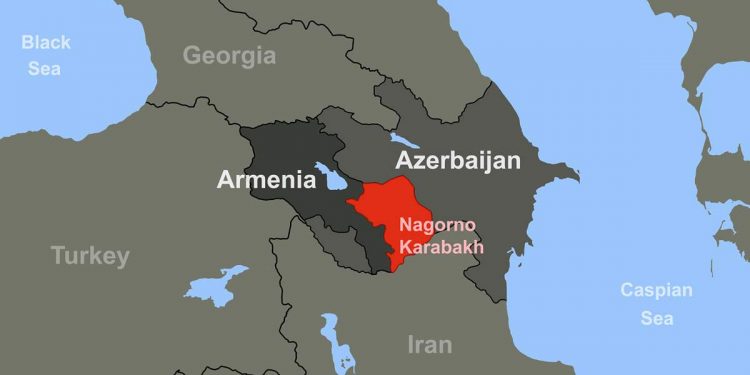 “Once again, we stress the impermissibility of provocations and the importance of addressing all border disputes through talks. Azerbaijan stands for beginning the process of demarcation and delimitation of the border with Armenia,” the news release says.

The Azerbaijani Foreign Ministry accused Armenia of staging provocations on the border.

“We are calling upon Armenia to observe the principles of international law and to give up the groundless fanning of tensions on the border between the two countries,” the Foreign Ministry said.

Earlier on Wednesday Azerbaijan’s Defense Ministry said that on June 1 about 40 Armenian soldiers had penetrated into the country’s territory near the village of Armudlu, in the Kelbajar district, but were driven back. Yerevan later said that this claim was a falsehood and not a single Armenian soldier had crossed the border into Azerbaijan.

After the cessation of hostilities in the area of the Nagorno-Karabakh dispute last autumn, when Baku took over seven districts adjoining Nagorno-Karabakh, the border between Armenia and Azerbaijan was drawn close to the Syunik and Gegharkunik regions. Tensions surged up there on May 12. The Armenian Defense Ministry said Azerbaijan’s military personnel had tried to carry out “certain work” with the aim of “correcting the border” in one of the border districts of the Syunik Region, for which they had ventured into Armenian territory. According to the ministry, after the measures taken by the Armenian units, the Azerbaijani military stopped these works.

Both sides continue to report more incidents. On May 27, Azerbaijan said it had taken six Armenian soldiers prisoners who were trying to cross the border to commit an act of sabotage. Armenia confirmed that six of its soldiers had been taken prisoner, but stressed that they were only conducting engineering work in a border area of the Gegharkunik district of Armenia. Yerevan later said it complained about the escalation on the Armenian-Azerbaijani border to the Collective Security Treaty Organization. The co-chairs of the OSCE’s Minsk Group for a settlement in Nagorno-Karabakh have come up with their own de-escalation plan, which stipulates that the two sides must pull back their forces and begin the process of border demarcation and delimitation with the Minsk Group’s assistance.