What does French support for Armenia mean for the future of Armenian-Azerbaijani relations?

France's support for Armenia suggests a bias incompatible with the former's position as a Co-Chair of the OSCE's Minsk Group says Vasif Huseynov in this opinion piece for KarabakhSpace.eu. This damages the prospect for peace and security in the South Caucasus, to the detriment of everyone, including the Armenian people. 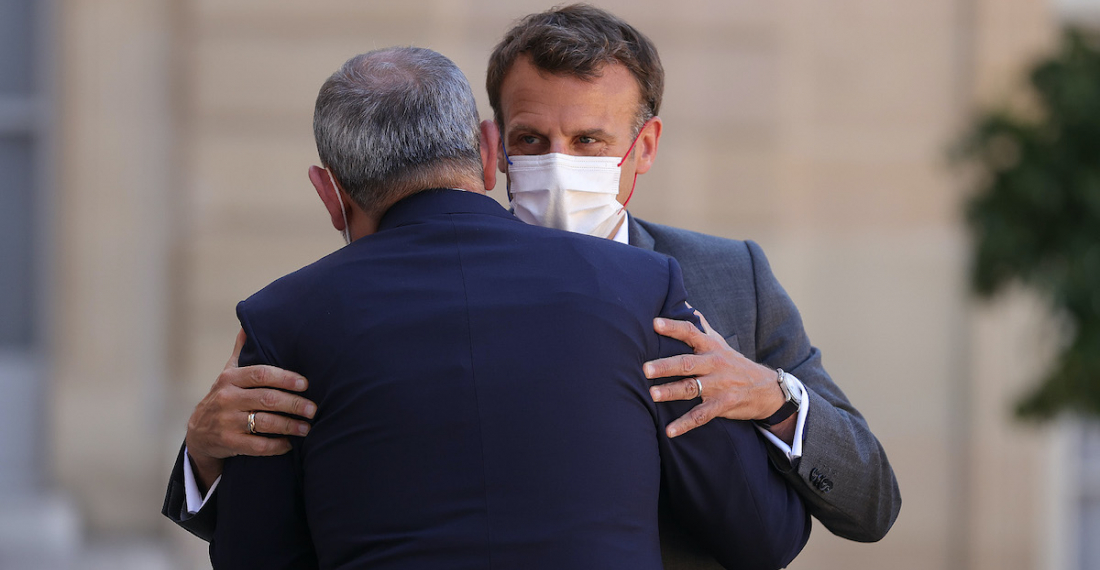 On 14 May, two days after Armenia announced an alleged incursion into its territories, French President Emmanuel Macron hastily wrote on his Facebook page in Armenian, stating the need for Azerbaijan to withdraw its troops from the territory of Armenia. “Azerbaijani troops entered the Armenian territory. They must withdraw immediately”, he wrote, adding that France has supported and will continue to support the Armenian people. He even proposed a UN Security Council meeting for the settlement of the situation.

The fact that France never demonstrated this urgency when Azerbaijan’s territorial integrity was violated for three decades raises questions about the true nature of France’s approach to the Armenia-Azerbaijan conflict and the implications of Paris’s policies for the future of the relations between the two South Caucasian countries. These are well-grounded questions as France – along with Russia and the United States – is one of the three Co-Chairing states of the OSCE’s Minsk Group, and thus, is legally obliged to show neutrality and co-ordinate peace negotiations between Baku and Yerevan.

For some, Macron’s statements are more linked with the existence of a large Armenian community in France, whose votes might be necessary for his next shot in the upcoming presidential elections and, as such, should not be taken seriously. This interpretation misses the fact that his hasty support to Armenia in the recent border dispute is by no means an isolated case. This has been, in fact, an integral part of Macron’s policies since the beginning of his presidency and, more fundamentally, is just another episode in France’s historically biased position on the Armenian question.

If not for France’s position in the Minsk Group, this bias would not require any criticism as such support could be seen as inherent to any alliance between states. Unfortunately, France’s support for Armenia has negatively affected Armenia’s relations with its Turkic neighbours (Azerbaijan and Turkey) and, more importantly, does no good for Armenians themselves. By supporting the wrongdoings of Armenians, refusing to pressure Armenia to stop its illegal occupation of Azerbaijani territories, and by attempting to downplay – if not justify – this illegality, France has emboldened Armenia’s nationalist groups and encouraged them into a more radical position. As a historic example, France’s policies in the 1980s vis-à-vis members of the Armenian Secret Army for the Liberation of Armenia (ASALA), an Armenian terrorist organisation, were long criticised for being lax and were even seen to appease the group, despite them having committed terrorist attacks against Turkish diplomats in France and around the world.

In the course of the First Karabakh War, France took a pro-Armenian position at the UN Security Council discussions about the war and sought to exculpate Armenia for its invasion despite it carrying out ethnic cleansing against Azerbaijanis at the time those discussions were held. According to recently declassified State Department cables concerning the Armenia-Azerbaijan conflict, France’s UN Ambassador watered down the language of the UN Security Council resolution proposed by the USA and other members of the Council and succeeded to minimise its consequences for Armenia. At the insistence of France, the perpetrators of the invasion were mentioned as “local Armenian forces” (ie not Armenia as a State) and the conflict was treated not under the Chapter VII of the UN Charter as an “act of aggression,” but under the weaker Chapter VI as a dispute that should be settled peacefully.

This language of the resolutions was one of the reasons why the post-war peace negotiations between Armenia and Azerbaijan turned out to be extremely difficult and ultimately unfruitful. Thanks to France, the UNSC resolutions created false ambiguity over the question. On the one hand, it encouraged Armenians to continue to claim the territories of Azerbaijan; on the other hand, it led the Armenian nation to the disastrous consequences of the Second Karabakh War.

Unfortunately, French politicians, even after this latest war, do not see how France’s biased position and disregard for international law harms their “Armenian brothers”. This was more clearly reflected in the discussion at the French parliament concerning the Armenia-Azerbaijan conflict. Even if some sensible Armenian intellectuals raise their voice against the territorial claims to the internationally recognised territories of Azerbaijan and call for the resolution of the conflict within the territorial integrity of both states, French politicians in late 2020 did not shy away from unanimously adopting legislative documents calling for the recognition of the independence of a puppet entity called the “Nagorno-Karabakh Republic” once established in the sovereign territories of Azerbaijan.

By rejecting the neutrality required by their mandate at the Minsk Group, France dangerously emboldens revanchist forces in Armenia against Azerbaijan and pushes them into an uncompromising position in the post-conflict peace negotiations. Those French politicians based miles-away from the conflict zone apparently do not care much about the devastating consequences of their irresponsible political statements for peace and security in the South Caucasus in general, and for Armenians in particular. It is therefore urgent for French leaders to reconsider their policies toward the Armenia-Azerbaijan dispute and pressure the sides to abide by international law, even if this might cost them the electoral support of ethnically Armenian French citizens.

Tehran and Moscow: Alignment and Divergence in the Caspian

An appeal to Armenia regarding the landmine problem