How far is President Joe Biden’s administration willing to go in a dispute in a remote, mountainous ethnic enclave? Will it become something like Barack Obama’s adventures in Syria? The American people are about to find out. 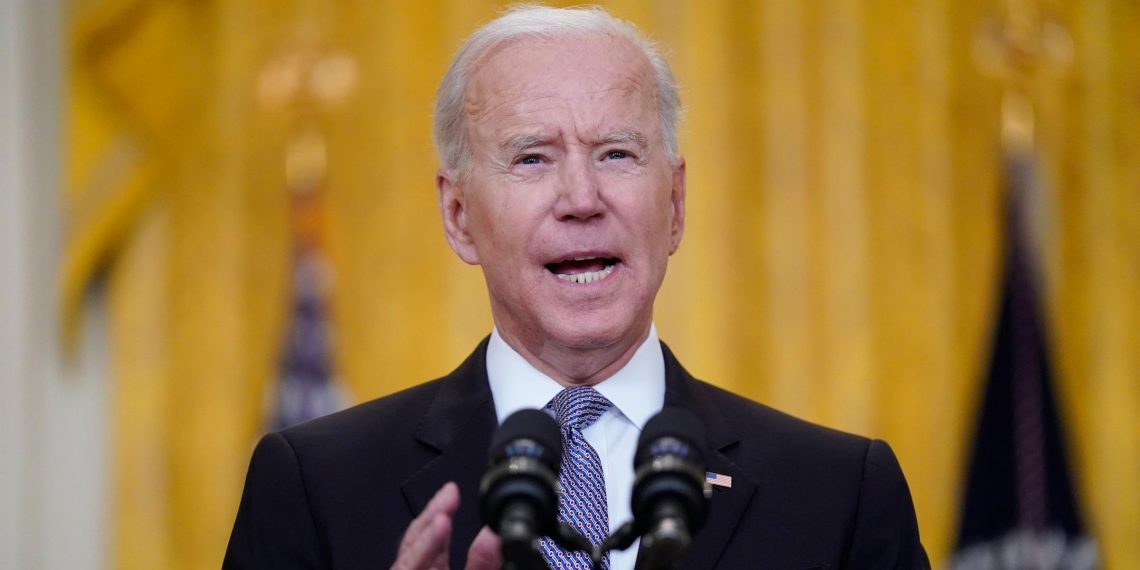 In a statement on Thursday, State Department spokesman Ned Price condemned a round of renewed fighting on the border between Armenia and Azerbaijan and said they were “prepared to assist” in the cessation of hostilities.

According to the BBC, Azerbaijani troops detained six Armenian soldiers this week just outside of the disputed Nagorno-Karabakh region.

The incident is a major escalation in an ongoing conflict that had been on hold since a November peace deal. Prior to that, Azerbaijan had made significant gains in the border skirmishes.

Early in the morning of May27,six servicemen of #Armenia's Armed Forces were surrounded and captured by #Azerbaijan'i AF while carrying out engineering works in bordering area of ​Gegharkunik region of @armenia.Necessary measures're being taken to return the captured servicemen

In his Thursday statement, Price seemed to indicate the United States was ready and willing to serve a peacekeeper role — if not more.

“The United States is concerned by recent developments along the international border between Armenia and Azerbaijan, including the detention of several Armenian soldiers by Azerbaijani forces. We call on both sides to urgently and peacefully resolve this incident. We also continue to call on Azerbaijan to release immediately all prisoners of war and other detainees, and we remind Azerbaijan of its obligations under international humanitarian law to treat all detainees humanely,” Price’s statement said.

“The United States considers any movements along the non-demarcated areas of the international border between Armenia and Azerbaijan to be provocative and unnecessary. We reject the use of force to demarcate the border and call on both sides to return to their previous positions and to cease military fortification of the non-demarcated border and the emplacement of landmines. Specifically, we call on Azerbaijan to relocate its forces to the positions they held on May 11.

“We also call on Armenia to relocate its forces to the positions they held on May 11, and welcome statements of intent to this effect. These actions will de-escalate tensions and create space for a peaceful negotiation process to demarcate the border on an urgent basis.  The United States is prepared to assist these efforts,” it added.

Without trying to intuit intentions here, it’s worth noting that this means the Biden administration’s State Department is wading into the muck of a century-old conflict, and one where a U.S. attempt to broker a cease-fire last year failed.

The issue involves the Azerbaijani enclave of Nagorno-Karabakh. Created in the 1920s by the Soviet Union, as the Council on Foreign Relations notes, the population there was majority Armenian.

This became a pressing issue as the USSR began to fall apart.

“In 1988, the Nagorno-Karabakh legislature passed a resolution to join Armenia despite the region’s legal location within Azerbaijan’s borders. As the Soviet Union was dissolving in 1991, the autonomous region officially declared independence,” the Council on Foreign Relations noted.

“War erupted between Armenia and Azerbaijan over the region, leaving roughly thirty thousand casualties and hundreds of thousands of refugees. By 1993, Armenia controlled Nagorno-Karabakh and occupied 20 percent of the surrounding Azerbaijani territory. In 1994, Russia brokered a cease-fire which has remained in place since.”

As The New York Times noted in January, this isn’t just about land. Armenian Christians and Azerbaijani Muslims both accuse each other of destroying holy sites in the region. After the 1994 cease-fire, more than 600,000 Azerbaijanis fled their homes when the territory they lived in fell into Armenian hands.

This time, however, the conflict is different — just because Turkey has been offering more logistical support to the Azerbaijanis, who were able to use attack drones against the Armenians. Unlike in previous iterations of the conflict, this time it was the Azerbaijanis who won land. However, there’s another world power lurking behind the scenes: Russia, which is a close ally of the Armenians.

According to ABC News, the United States’ first foray into peacemaking in the recent fighting came in October. Minutes after the cease-fire brokered by America took effect, both sides accused the other of violating it and fighting continued apace.

It wasn’t until a Russian-brokered cease-fire took effect on Nov. 9 that there was a tentative peace in the region. That’s clearly ended.

So, again, how stuck-in is the Biden administration willing to get? Statements are perfectly fine things — but, as we know, Joe Biden wants everyone to know America is back on the world scene. Does that include getting us involved in a century-old ethnic conflict with major military powers on either side? Will it be something like Obama’s adventures in Syria, where trying to make peace while trying to advance America’s agenda failed so badly?

The very fact we’re contemplating this isn’t a comforting matter.

This article appeared originally on The Western Journal.

The Western Journal May

Tehran and Moscow: Alignment and Divergence in the Caspian

An appeal to Armenia regarding the landmine problem