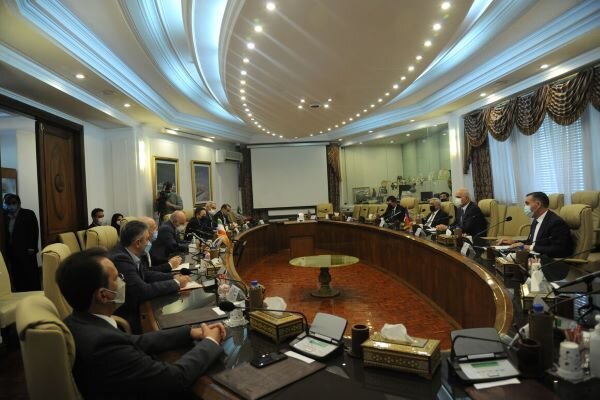 The Deputy Prime Minister of Azerbaijan stated that relations between Iran and Azerbaijan have made significant and close progress in various fields.

“Iran-Azerbaijan relations have grown in all fields well in recent years, culminating in the oil, gas, and energy sectors in the development of joint fields in the Caspian Sea”, he said.

The Minister of Petroleum also stressed the development of trade relations with the Republic of Azerbaijan.

“I agree with you that our relations have developed in recent years due to the political will of the presidents of the two countries,” said Shahin Mustafayev, Deputy Prime Minister of Azerbaijan, during the meeting.

“It is very important for us that after the collapse of the Soviet Union, the relations between the Republic of Azerbaijan and Iran have developed and Iran is one of our major partners in various fields”, he added.

The Deputy Prime Minister of Azerbaijan stated, “Relations between the two countries have made significant and close progress in various fields, which can be shown through constructive talks.”

“One of these areas is cooperation in the oil and gas sector, in which some successes have been achieved. We also have a long history in the field of joint gas cooperation, and since 2004 the gas required by the Nakhichevan Autonomous Republic has been supplied by Iran and we appreciate that”, Mustafayev said.