President Recep Tayyip Erdogan and his US counterpart Joe Biden on Friday agreed ‘to build greater cooperation’ on issues concerning the two NATO allies, during their first call since the US leader’s inauguration. 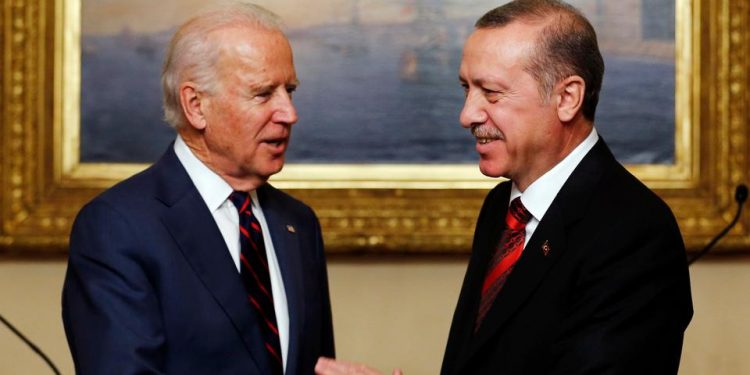 ‘Both leaders agreed on the strategic character of the bilateral relationship and the importance of working together to build greater cooperation on issues of mutual interest,’ the Turkish presidency said in a readout of the call.

There was no mention of an expected announcement that, to the dismay of Turkey, Biden will recognise the 1915 killings of Armenians as genocide on Saturday the annual day of remembrance for the victims.

Despite decades of pressure from the US Armenian community, successive US presidents have skirted the genocide controversy due to worries about a rupture with Turkey which has steadfastly rejected the assertion.

Biden promised last year during his presidential campaign to recognise the Armenian genocide.

Erdogan on Thursday told advisors ‘to defend the truth against those who back the so-called ‘Armenian genocide’ lie,’ his office said without referring directly to Biden’s reported plans.

Erdogan ‘noted that addressing the issues of FETO’s presence in the United States and US support for the terrorist organisation PKK-PYD in Syria were important to advancing Turkey-US relations,’ the presidency said.

Armenians commemorate the massacres of their people on April 24 — the day in 1915 when thousands of Armenian intellectuals suspected of harboring nationalist sentiment and being hostile to Ottoman rule were rounded up.

Anger against Turkey simmered among Armenians as crowds of people carrying candles and flowers joined the annual procession to remember the victims of the massacres, which Armenians call Meds Yeghern — the Great Crime.

Armenia is traumatised by last year’s defeat in a war with Azerbaijan over the disputed Nagorno-Karabakh region, in which Ankara backed its ally Baku.