Joe Biden had the power to influence a deescalation policy in the wake of armed conflict between Armenia and its Turkic neighbors. The policy of recognizing the narrative of WWI events rather than historical unbiased query has set a precedent for the race relations contingency throughout America, and now, through this action, the international community as well. 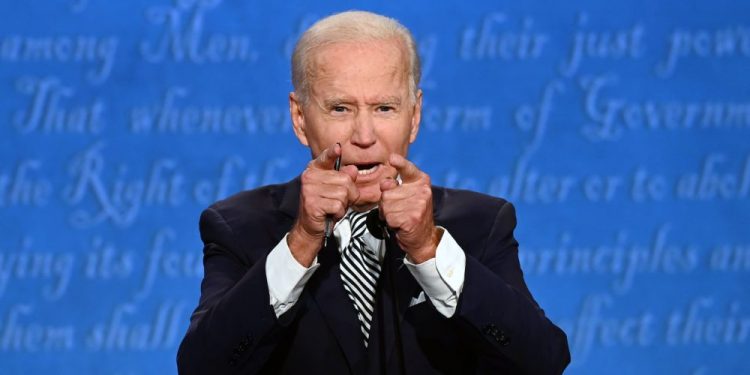 On April 24, U.S. President Joe Biden broke with tradition of his predecessors that created ripples throughout the world. It appeared as a goodwill gesture to the average American, a policy congruent with his identity and race politics themes. Biden recognized the events of ethnic killing of Armenia in Van, Turkey in 1915 as “the Armenian genocide”, signaling his intentions to Erodgan in a phone call that came months after the traditional correspondence. The problem with this recognition goes beyond its ill-timing. This announcement comes at the heels of a bloody and racially divisive 44-Day war between Armenia and its neighbor Azerbaijan, in a territory that is adjacent to Turkey. The events of 1915 are likewise heavily debated among regional historians, and Biden failed to call for an unbiased query that would recognize the multifaceted injustices against all racial demographics involved in the Caucasus in World War I.

The events of the Armenian partial ethnic cleansing from Anatolia, particularly the vicinity of Van, were recorded only in part as war propaganda of the Tsarist era gave way to the Bolshevik propaganda that brought the region into World War II and the reign of the Soviets.

The events of the late 19th century and early 20th century, Armenia argues, saw the ethnically motivated cleansing of Armenians from Anatolia, Turkey. Turkey maintains that the Ottoman government did not target the Armenians until the Armenian Dashnak party, which reportedly likewise turned against the Armenian community of 20th century Anatolia, sided with Russia to overthrow the Ottoman control. The unbiased report of the American military units deployed to the region contemporary with these events states that Armenians, Turks, Meskhetian Turks, Jews, and Azerbaijanis were caught in a bloody politically driven cross-killing spree of that day. A more accurate terminology of the era would refer to the mass killings, human rights violations, and displacement as they were related to World War I, and not from the lens of a single demographic.

An alternative account of history was recorded by Dr. Heydar Verdiyeva in 2016. The American report is preserved in The University of Utah Press. “The Armenian Rebellion at Van” was reported beginning on July 24, 1919, when Captain Emory H. Niles and Arthur E. Sutherland Jr. arrived in Van, Turkey on horseback. Niles and Sutherland arrived at the territory believing the Armenian account, but after their investigation, they came to realize that the local Muslim population’s wrath toward the Armenians who remained in the territory was spawned from an Armenian uprising that led to the killing of the Muslim demographics. This led the two American troops to the conclusion that the interethnic conflict of 1915 was more complicated than a mere ethnically motivated purge of Armenians from the territory, as the narrative often dictates. Labeling the events of that era within narrative confines sets a precedent where no group can get full historic recognition or closure, including the Armenians who were victims of the killings in question, as well as those Armenians who were targeted, oppressed, and killed by the Armenian Dashnak party, when they failed to side with this group.

With the context of history overlooked, Joe Biden broke the tradition of former U.S. presidents who chose to remain neutral and unbiased in the debate between the races of the Caucasus; they,  instead, preferred to be a meditative voice whenever possible. As this tradition ends, it signals risks in the United States, domestically as well as abroad.

Emboldened by the backing of the federal institutions, the prospect of peace between the Armenian Diaspora and the Azerbaijani Diaspora of Los Angeles, California evaporated. On April 25, the Armenian community of Los Angeles took to public demonstration and hanged an effigy of an Azerbaijani from a fake gallows, draped in the national flag of Azerbaijan.

As the incitement of racial rage continued, Azerbaijani youth activist and journalist Arzu Jaeed noted that she had received threats at her residence, as the Armenian community discovered her home address.

“Everyone knows I live in the US. My bad, I know, it was already late. I even received my home address once. I would never estimate THIS level of hatred. How can I be safe in California? #StopTheHate,” tweeted Jaeed on April 25, as the rhetoric drove many in the local Azerbaijani community to be fearful of the radical Armenian following rhetoric.

Joe Biden had the power to influence a deescalation policy in the wake of armed conflict between Armenia and its Turkic neighbors. The policy of recognizing the narrative of WWI events rather than historical unbiased query has set a precedent for the race relations contingency throughout America, and now, through this action, the international community as well.

The Azerbaijani consulate in Los Angeles stated that the effigy was hung up by the radical Armenian Dashnaks of the city, and that, as they hung the effigy they incited calls for racial violence. This went unnoticed by those woke politicians who celebrated Biden’s formal side-taking in a racial political conundrum over 100 years in the making.

What Mr. Biden may not be aware of, was the delicate balance his predecessor maintained by not taking sides in the complex historicity of the 1915 Ottoman Turkish-Tsarist Russian conflict of World War I. As a formal decision was made, and “the historical mistake” was echoed across the world, the nail was driven into the coffin of U.S.-Turkish relations. With the final nail may come the death of NATO’s efficacy in Eurasia and the bridge between Russia and the Middle East that Turkey’s regional position serves as.

U.S.-Turkish relations expert Dr. Ali Demirdas signaled the shift in the U.S.-Turkish policy that has been on the rocks even before the formal recognition of Armenia’s highly politicized 1915 narrative.

“What will happen in the near future will depend on how Ankara reacts to it. There is some sense of silence in Ankara now. It is either a sign of inaction or calm before the storm.”

He noted that, while he believes inaction is more likely, the offense may go deep enough to lead to greater issues between the two nations.

“After Mr. Erdogan’s phone call with Biden on April 23rd, I am more inclined toward inaction. However, a storm is quite possible. Turkey has in the past shut down American bases on its soil and expelled military personnel when relations were strained. Other options may be a comprehensive military operation against the proxy YPG in Syria, the inclusion of northern Cyprus in Turkey, refusing passage of American ships into the Black sea, even annexing Mosul and Kirkuk on terror (PKK) grounds.”

Biden’s policy toward the Armenian lobby comes at a time when tensions between Armenians and their ethnically Turkic counterpart Azerbaijanis are at an all-time high. The 44-Day Karabakh War of 2020 reached its climax in November when Russia brokered a ceasefire between Armenia and Azerbaijan, and Azerbaijan took back its territories that border Armenia, and northern Iran. These territories are considered liberated due to a historic agreement made with the United Nations that declares the Karabakh region as belonging to the sovereignty of Azerbaijan. Yet, even liberated, the territory is not safe for civilians, and the conflict, in terms of rhetoric, has not reached a de-escalation or conclusion. If anything, wartime sentiments are as high and strong as they ever were, with landmines discovered in the Karabakh left behind by the Armenian occupying forces having detonated and killing civilians in an active defense analysts call “revenge.”

The American president has now enforced the heated rhetoric of the Armenian side of this conflict, rather than take a neutral meditative position. The Azeri Times reported on April 24, that the Armenian Youth Federation-WUS had held a public ceremony in which they hung a racist effigy of an Azerbaijani along with the flag. These racial slurs and insults have been a common factor of the heated rhetoric between the two nations which have been divided over territorial conflict ever since the fall of the Soviet Union. For more information on the complete history of the Karabakh conflict from the Azerbaijani researcher’s perspective, see “A brief overview…” by Ercan Karakoc.

It is worthy of note that the record of the Karabakh conflict has been highly politicized, due to the facts of Soviet-era propaganda that circulated in western English publications during the First Karabakh War. Researching multiple angles of the conflict is advised for a complete picture of this era of events.

How Biden’s identity politics agreement with Armenia reached back to enforce Iran.

Biden’s signal of woke race politics goes beyond the surface preference, however, of one racial group’s politicized claims over the other. The choice to recognize Armenia and to disavow the Turkic side of this delicate diplomacy in the region also signals to Iran his territorial support. Iran, called by its dissenters Persian apartheid, has a large population of ethnic Azerbaijanis and Turks living within its borders. Azerbaijanis are known to demonstrate verbally against the IRGC regime in pursuit of human rights. For reference, see the work of GunAz.tv and of the famed Iran-born Azerbaijani journalist Ahmed Obali.

On April 25, Obali reported the regime’s crackdown on Southern Azerbaijanis, as the Azerbaijanis of Iran are called locally. He reported that Yousef Mehrdad and Sadrollah Fazeli-Zaree, from Iran, have been sentenced to death  in the city of Arak, Iran. Even with its horrendous human rights abuses, the Biden administration continues to back the NIAC and the American leftist idea of rapprochement with the Iranian lobby.

By signaling the American preference of Iranians to Turks and Arabs, as of late, with Biden’s push toward sanctions of Saudi Arabia and with his push to enter new nuclear agreements with the effectively foreign asset bankrupt Iran, Biden is signaling a shift in American international cooperation. By showing that he is pro-Armenian lobby agendas, Biden is effectively backing Iran’s interests in the region. Iran closetedly favored the Armenian occupation of Karabakh, because under the Armenian occupation, agreements between Israel and Azerbaijan, which allowed Israel to gain IRGC intelligence of the Iranian northern border by surveillance in the Azerbaijani territory, could not go forward. Now that Azerbaijan has resumed sovereignty of its lands adjacent to the Iranian border, Azerbaijan can resume such co-operations with Israel.