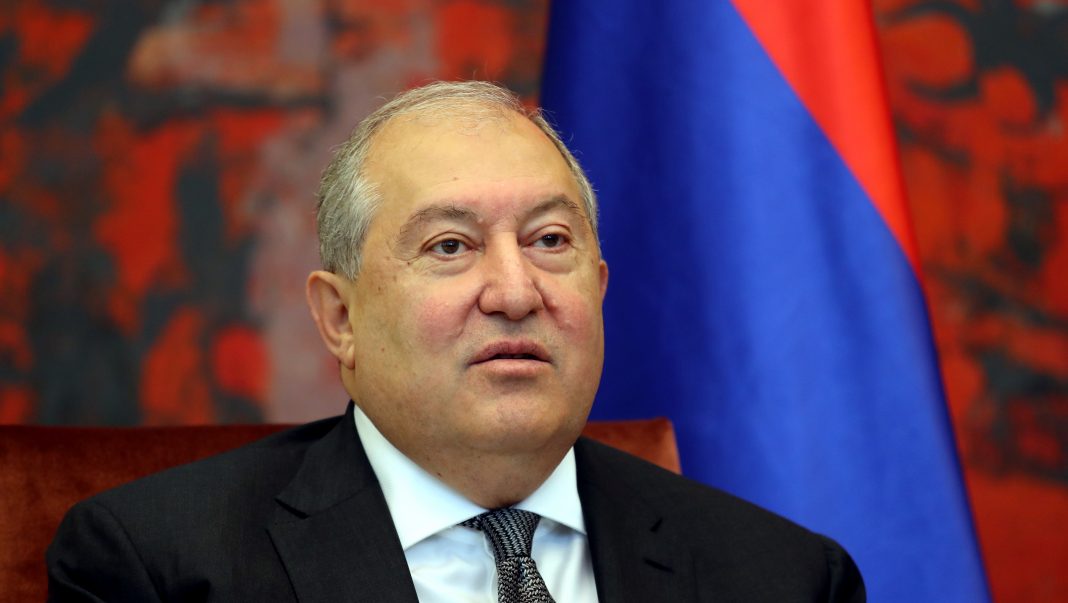 The process of determining the border between Armenia and Azerbaijan is currently unclear, because there has been no official demarcation and delimitation of borders between the two countries, Armenian President Armen Sarkisyan said Wednesday during his meeting with Armenian Human Rights Defender Arman Tatoyan.

“President Sarkisyan underscored that there has been no official demarcation or delimitation of state borders between Azerbaijan and Armenia, which means that the process of determining the border between the two states is currently unclear, at least from a legal standpoint. This is further augmented by violations of human rights of Armenians in the Syunik province and the existing significant danger,” Sarkisyan’s press service said.

During the meeting, Tatoyan presented his concept of establishment of a demilitarized zone in Syunik in order to ensure the rights of the region’s residents.

On September 27, the situation in Nagorno-Karabakh escalated, resulting in hostilities. Both Armenia and Azerbaijan have been claiming the sovereignty of the region since 1988, when the region declared independence from Baku. On November, leaders of Azerbaijan, Armenia and Russia signed a joint agreement on complete cessation of hostilities. According to the document, Baku took control of a number of districts of Nagorno-Karabakh, while Russia deployed peacekeepers at the contact line, as well as along the so-called Lachin corridor.

On January 11, the three leaders signed a joint statement, which stipulates the establishment of a trilateral high-level working group in order to unblock all economic and transport connections in the region.