EUvsDisinfo talked with three Azerbaijani journalists reflecting on their role in society. They represent different generations of Azerbaijani journalism: Shahin Hajiyev working in the press since 1986, inspired by the “perestroika” in then USSR; now he is editor-in-chief at Turan News Agency. Ilhamiyya Rza working since 1989 in print and electronic media, winner of the Hasan bey Zardabi-national award and now with Khazar TV, just as Seymur Kazimov freelance journalist since 2002 specialising in conflict reporting. 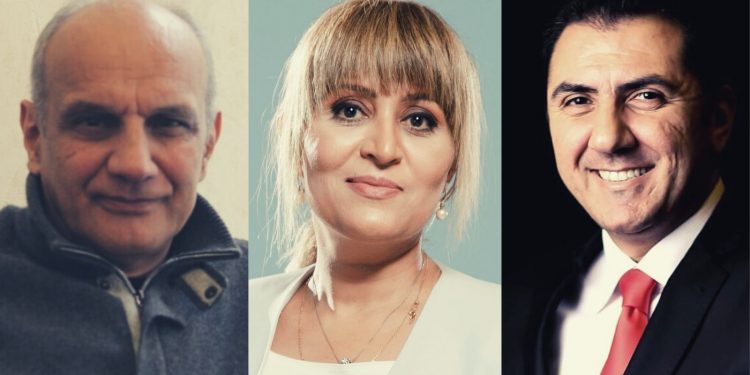 Credible journalism is at the core of a democratic society. To celebrate the World Press Freedom Day, EUvsDisinfo publishes a series of articles, giving voice to independent journalism in the Eastern Partnership countries. Part 5. Azerbaijan.

EUvsDisinfo talked with three Azerbaijani journalists reflecting on their role in society. They represent different generations of Azerbaijani journalism: Shahin Hajiyev working in the press since 1986, inspired by the “perestroika” in then USSR; now he is editor-in-chief at Turan News Agency. Ilhamiyya Rza working since 1989 in print and electronic media, winner of the Hasan bey Zardabi-national award and now with Khazar TV, just as Seymur Kazimov freelance journalist since 2002 specialising in conflict reporting.

Working as a journalist in Azerbaijan is challenging and requires confronting disinformation in many situation, not only on social media platforms. Here we bring their views.

Why is journalism important?

Journalism has a well-known mission: inform the public. An uninformed society is blind. Therefore, the law of information is often called the law of daylight. A society without a free media is doomed to darkness.

İlhamiyya Rza, working since 1989 in print and electronic media, winner of the Hasan bey Zardabi-national award and now with Khazar TV.

The role of journalism is to provide accurate, correct and objective information to people. Help people to make the right decision, the right choice.

People cannot live without information. Information is also a food, a moral food.

How often do you run into disinformation?

Unfortunately, disinformation has been a reality for a long time. This is a fairly common and widespread factor. The reasons for this spread are different. Occasionaly, disinformation appears from a carefully planned project. Sometimes it is the result of ignorance or illiteracy. Disinformation is more prevalent when journalists act with the desire to be first. That is, to share the first information about a “sensation” without verification and accuracy. 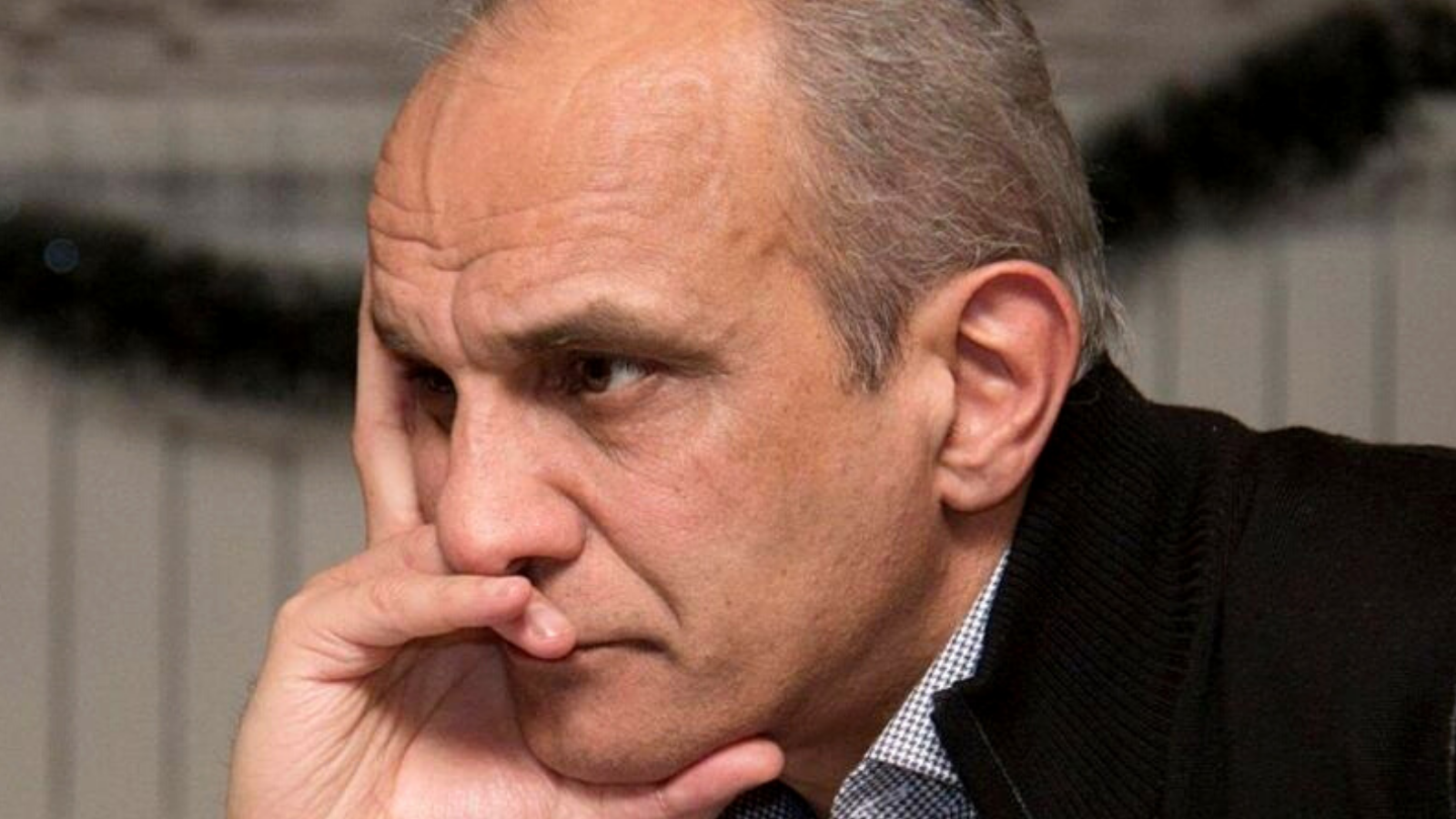 Shahin Hajiyev working in the press since 1986, inspired by the “perestroika” in then USSR; now he is editor-in-chief at Turan News Agency.

Unfortunately, disinformation has become commonplace. The development of social networks creates favourable conditions for this. The penetration of the Internet into all spheres of our lives makes it irresistible. The media is becoming a tool for more manipulation.

There is often disinformation in the huge flow of information. To be honest, I think it is normal during current conditions. This is not the problem. The problem is that it is not combated.

How can disinformation be harmful?

It can deceive people. It can change people’s views on life in general. As there are positive sides of information and communication technologies, there are also negative sides. The widespread false news and disinformation. It is not the technologies but it is certain group or people who exploit them.

The main harm is the opinions and statements based on prejudice, which are voiced without investigating the real cause of any issue.

Disinformation has always been a political and warlike method. If a society is prone to misconceptions, or if misconceptions and ideas are prevalent in society, this is a great danger, in terms of politics, economics and morals.

What is your advice to counter or avoid disinformation?

Readers and viewers need to pay attention about what they hear and see. In other words, if a television, newspaper, or website writes something, it does not mean that it is true. But it is not the job of ordinary citizens to check all the information that is being spread. But if the policy of a state is to misinform the public, and at the same time to prevent alternative views, to stifle the independent media, to prevent freedom of speech, to prevent the Internet, then this is no longer a political problem, but a problem of freedom of speech.

First, be careful not to believe every single news/information you read or hear. Ask where the information is coming from. From which social network, or from which media organization? Check the social network page, see when and who created it. Second, if you never heared the the news before – ask yourself “why not?” Why have you not come across this platform before? A little research can help to determine whether a piece of news is disinformation.

There are ways to convey any information correctly. Providing information in an unbiased, balanced way and from a primary source. The best way to expose disinformation is to search for and share information based on these principles.

Traditional media outlets should restore their reputation as reliable transmitters of information, be aware of the principles and ethical rules of journalism. The way to restore prestige is to become impartial, balanced, honest media. Some public awareness on knowing about disinformation should also be carried out.

What would you like to say in connection with the World Press Freedom Day?

Freedom, independence and security! These are the main factors for normal journalism. After that, you can think about advertisement and finance. If the journalism is under these conditions, then it would be possible effectively fight against fake news and disinformation.

We encourage you to continue following this series of articles celebrating the World Press Freedom Day with journalists. The next and final conversation will take us to Moldova. Previous articles: Part 1. Belarus; Part 2. Georgia; Part 3: Armenia; Part 4: Ukraine. 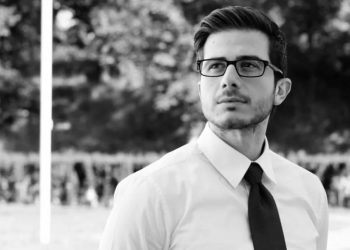 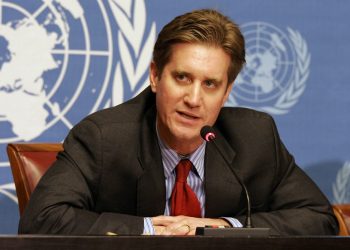 Matthew Bryza: “He told me that the relationship between Iran and Azerbaijan was a ‘war, just without armed clashes’.” 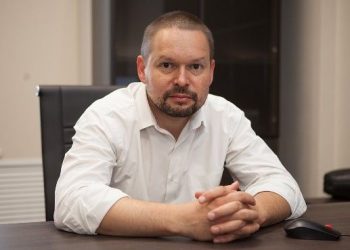 “It is obvious to everyone in Armenia that after such a defeat, it will be a long time before the country is ready to fight again”