Soviet-era maps don’t provide a clear answer to just where the border between Armenia and Azerbaijan lies in the Syunik district which Baku refers to as Zengezur. Instead, a Soviet military map assigns territory to Azerbaijan that a Soviet topographic map says belongs to Armenia. 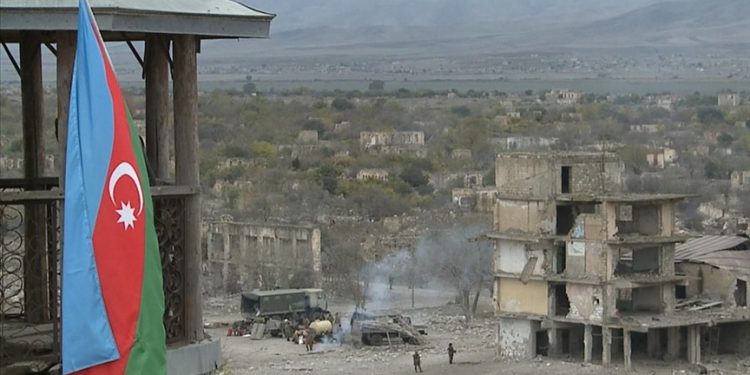 There haven’t been any maps prepared since 1991, and Baku and Yerevan have not held negotiations on the delimitation and demarcation of their borders because of the Qarabagh conflict. As a result, some of the supposed violations Armenia has claimed in the last week may not have looked like violations to Azerbaijani forces.

Three days ago, Yerevan said that Azerbaijani forces had penetrated its territory, but Baku responded by saying that its 250 troops were only changing their dislocation within Azerbaijani territory, a difference of opinion that appears to reflect the difference in the maps the two sides rely on.

Yerevan appealed to the Organization of the Collective Security Treaty and to Vladimir Putin for assistance in repelling what it labelled an incursion by Azerbaijan, and Armenian residents of Syunik Oblast blocked roads and demanded that Armenian officials provide the residents of border villages with guns so they could defend themselves.

According to Aleksey Gunya, a geographer at the St. Tikhon University of the Humanities, Armenia is in the right as far as the Black Lake is concerned. Most of it, he says, is in fact on Armenian territory. But he acknowledges that “it is difficult to define the precise borders of the two countries.”

“This territory was not controlled by Azerbaijan until the recent war,” Gunya continues. “On the maps of the USSR General Staff of 1,000,000 to 1 the lake is shown on the territory of Azerbaijan.” But a Soviet topographic map with a scale of 100,000 to one shows 80 percent of the lake to be within the borders of Armenia.

Gunya and the Armenians naturally favor the topographic map, while Azerbaijan gives primacy to the official Soviet General Staff maps. And that is the problem. As Aleksandr Skakov, deputy director of the Moscow Institute of Oriental Studies, puts it, “there is no one Soviet map which would allow for defining the borders.”

Skakov says the two sides should begin negotiations on the border with the mediation of the Russians, but there is a problem there as well: Syunik Oblast is in the area where Russian border guards have responsibility rather than the peacekeeping troops in Qarabagh. Just who will play intermediary is thus unclear.

Paul Goble is a longtime specialist on ethnic and religious questions in Eurasia.