The complete withdrawal of the remnants of the Armenian armed forces from the territory of Azerbaijan, where the Russian peacekeeping forces are temporarily deployed, was not ensured, as it is provided for by the trilateral statement signed on November 10, 2020, by the President of the Republic of Azerbaijan, the President of the Russian Federation and the prime minister of Armenia. 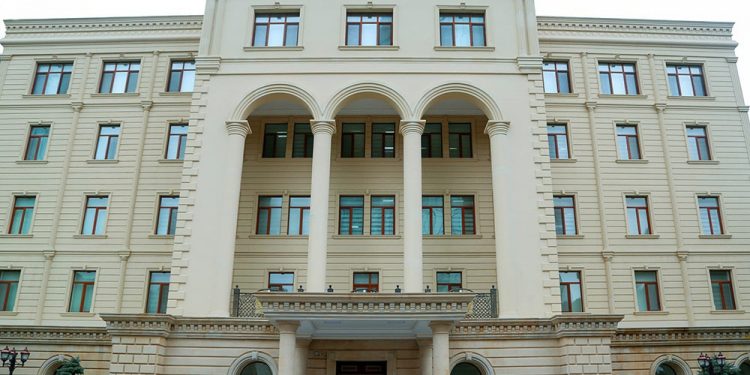 In recent days, Armenia having violated the trilateral statement by moving its armed forces to the territory of Azerbaijan, where Russian peacekeepers are temporarily deployed, is setting up its new posts near Mukhtarkend and Shushakend, as well as in the territories to the east of the administrative boundaries of the Kalbajar and Lachin regions.

The Azerbaijan Army undertakes adequate steps and suppresses such cases.

The Armenian side is purposefully resorting to such provocations to aggravate the situation.

All this is happening against the background of irresponsible and provocative order of the new defense minister of Armenia Arshak Karapetyan to the Armenian armed forces to use force by any means. We would like to remind that the Armenian former minister of defense David Tonoyan also spoke out with a provocative military doctrine that he used to call “new wars, new territories.” His shameful destiny is well-known.

The Azerbaijan Army will take all adequate measures.

In accordance with the provisions of the trilateral statement, the peacekeeping forces of the Russian Federation must put an end to the deployment of the Armenian armed forces in the territories of the Azerbaijan Republic, where they are temporarily deployed.

Ministry Of Defense Of Azerbaijan