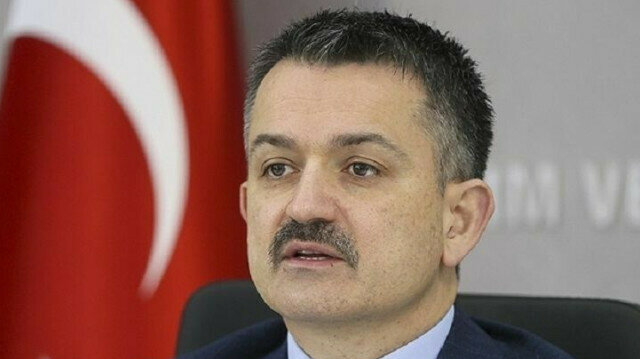 Turkey’s Minister of Agriculture and Forestry Bekir Pakdemirli on Wednesday expressed gratitude to Azerbaijan for its support in the country’s fight against wildfires that erupted in the southern parts of the country.

“The fight against wildfires in Turkey is still ongoing. We are grateful to all our friends who helped us. Brotherly Azerbaijan rendered the biggest help to us. We thank all our Azerbaijani brothers for their support in the fight against the fires,” Pakdemirli said.

Recalling the words of former Azerbaijani President Heydar Aliyev, “One nation, two states!” Pakdemirli went on to list the support provided by Azerbaijan, stressing that it exhibited a true model of brotherhood.

As part of its contribution to combat forest fires in Turkey, Azerbaijan sent 743 employees of the Ministry of Emergency Situations, 97 units of equipment, including 77 fire trucks, a refueling tank, buses, auxiliary technical equipment, a Be-200ES amphibious aircraft, and one helicopter.