Constructing long-term peace requires genuine political will, prestige and a record of untarnished leadership. When Russia negotiated an agreement in November 2020 following the second Nagorno-Karabakh War, spirits were high for a proposed revival of connectivity and economic cooperation to decrease tensions and ultimately lead to a sustainable peace between Armenia and Azerbaijan. 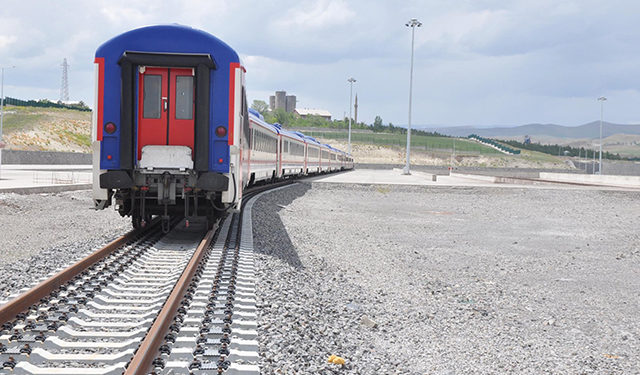 This in turn should have led to a more prosperous South Caucasus, a region traditionally beset with inter-ethnic troubles. However, the recent skirmishes along the Armenia-Azerbaijan border, which killed and wounded soldiers from both sides defy this expectation. Harsh rhetoric prevails and limits the space for diplomatic solutions.

This further dims an ever low level of trust between the two warring sides and projects a more chaotic security environment in the region overall. The net result is the postponement in the revival of Soviet-era railways. Moscow was behind the project which would have allowed it to reach Armenia, Iran and Turkey by circumventing a troubled transit through Georgia. Military calculus was a real motivator. Penetrating the South Caucasus at will has been a major driver behind Russian foreign policy since the dissolution of the Soviet Union. Mitigating the blocking power of the Caucasus mountains is at the heart of Russia’s military efforts.

In any way, Russian efforts on reviving the railways lines falter, which precludes the long-hoped for direct land connection from Azerbaijan proper to its Nakhchivan exclave, then Turkey. Failure to secure the operation of the corridor means that traditional routes through Georgia are likely to retain their significance. These developments also benefit Iran, which for decades had served as a connection for Azerbaijan to reach Nakhchivan. It gave a powerful negotiating tool to Tehran, and losing it would limit the Islamic Republic’s fragile position in the South Caucasus.

And this underlies deeper deficiencies related to the attempted breakthrough in the conflict resolution. Illiberal methods of peacebuilding spearheaded by Russia fail to produce tangible security results. Primary reasons for this is the geopolitical component of the Russian efforts. Moscow is not genuinely interested in the resolution of the conflict. Geopolitics drive the Kremlin’s thinking. Military and geo-economic considerations prevail over regional security needs. Thence come simmering tensions between Armenia and Azerbaijan.

But while the tensions persist, the real winner is Russia, which extracts additional benefits from both sides. For instance, unable to resist the Azerbaijani army, the Armenian government is now seriously considering the extension of Russian troop activities along the entire Armenia-Azerbaijan border. There are already reports on Russian soldiers working on some sections of the border. Armenia’s alleged non-compliance would not be possible without active Russian participation. Russian influence also worries Baku, where political elites, though victorious in the war, nevertheless genuinely, albeit silently, fear the continuous Russian military presence on Azerbaijani soil beyond 2025 when the first term of peacekeeping mission officially ends.

It is possible to suggest that Moscow is more interested in sowing protracted discord between Yerevan and Baku, as it would allow the Kremlin to pick up on those benefits which have remained elusive. Tensions are a perfect tool to persuade both Armenia and Azerbaijan on the need to prolong the peacekeepers’ stay, and perhaps even increase the number of the troops.

But the downside for Russia’s geopolitical peace-making is that its policies push Azerbaijan further into Turkey’s embrace. Both countries have enjoyed allied relationship for decades, but it reached a qualitatively new level with the second Nagorno-Karabakh War. To offset Russian influence, Azerbaijan and Turkey signed the Shusha Declaration in June where both sides pledged to defend each other in case of an attack on one of the parties. The more Russia increases its influence, the bigger Turkish willingness will be to support Baku. The age of exclusive Russian geopolitical domination in the South Caucasus is coming to an end, and this could explain why the revival of the railways has failed so far and is likely to do so in the future. Opening the region up does not really advance Russian geopolitical goals, which are better served with Armenia solely connected to Russia via Georgia, and with Azerbaijan not connected by a direct line to Turkey.