For a long time now, we have been witnessing the suspension, for various reasons, of social media channels and pages of users expressing opinions that are contrary to the liberal worldview, patriotic, nationalist, far-right views, Donald Trump supporters and so on. 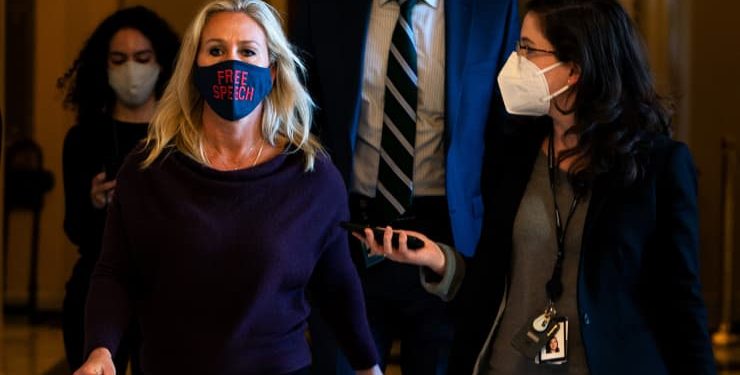 Google, YouTube, Twitter, Facebook and Instagram, commonly known as free platforms, are particularly active in this regard. The actions are not limited to simply removing posts containing opinions that are contrary to liberal values—the entire accounts are completely erased. Imagine giving lectures on philosophy, sociology, psychology, politics, and various other topics for years, and seeing one day all the material you have shared over those years disappear because you once express a thought that doesn’t line up with liberal values. Imagine an author erased from the digital world, as if he never existed.

In fact, this type of censorship is not uncommon in Western culture. In the West, there has always been a tradition of getting rid of people whose views are contrary to official ideology. In Rome, writers whose religious views were unpopular with the state were forced to seek refuge in other empires to escape persecution. Not everyone was able to escape persecution when Christianity swept across Europe. In particular, the current form of censorship in the digital world is similar to the burning of authors’ books in Nazi Germany and their repression in concentration camps. Disregarding an author altogether, keeping their work away from the public is an obvious example of intolerance of dissenting opinions in the Western world. Times and paradigms change, Roman thought is replaced by Christianity, Christianity by the three political paradigms (Liberalism, Communism, Nazism), Nazism and Communism give way to Liberalism and Globalism. However, the West’s fascist thinking and intolerance of dissent remain unchanged.

Of course, it would be fair to say that similar events have taken place in the East. However, one thing must be taken into account. In the East, almost no historical period was ruled by a single ideology. The East has always witnessed the coexistence of different religions, ideologies and philosophical thoughts. In the West, the overlapping existence of different religious and political views covers a very short span of history. As a result, one ideology invariably destroyed all the others, dominating in the entire West.

Conservatives, patriots, far rights, activists fighting against global fascism and elites are currently suffering the most from the continuing digital censorship under a liberal mask. It is a well-known fact that during the last election, the posts of the Twitter account belonging to US President Donald Trump were censored, and at the end of the election, the account was blocked. Besides, in the last few years, the social media accounts of right-wingers David Duke, Richard Spencer, Stefan Molyneux, Alexander Dugin, and politicians from the German AfD party have been permanently suspended under various pretexts. TalkRadio, KenFm, Infowars and Warroom, pages with a very large number of followers, have also been banned from social media. Alex Jones, who is well known to conspiracy theorists, has had his accounts removed from YouTube, Facebook and Spotify. Podcasts shared by the right-wing politician Nicolas Fuentes on YouTube have been removed and his account suspended. On the Reddit platform, more than 2,000 subreddits supporting Donald Trump were removed during the election. Mark Lindell, the CEO of MyPillow, Ali Alexander, the leader of the Stop the Steal protest movement, members of Trump’s team Steve Bannon and Michael Flynn, and the far-right activist Nick Ochs have all been expelled from the digital world, including PayPal, for their support of Donald Trump. Hundreds of individuals, channels and pages banned from the digital world can be added to this list. The mentioned individuals and channels have been removed from the digital world for a variety of reasons on the liberal list of “toxic ideas”. Interestingly, Western tolerance is, in reality, tolerant only towards those supporting liberalism, while contrary views are simply ignored.

It does not stop at social media. For example, a global retailer like Amazon normally refuses to sell books by anti-liberal authors. PayPal also freezes the accounts of such individuals, refusing to provide service. Such blatant discrimination based on political views on the mentioned platforms and social media bans have led authors who are opposed to liberalism to look for new platforms. As a result, the conservatives have now begun a virtual migration to Telegram, VKontakte and Parler. The number of conservative foreign channels on Telegram, in particular, has been growing rapidly recently. Curiously enough, although free speech, free media, tolerance, and pluralism of thought are the underlying ideas of liberalism, thinkers from the opposite front are banned for their views that run counter to liberalism. If dissenting opinions are disregarded, if authors cannot find a platform to express their opinions, if they are not invited to conferences, if lectures and discourse are hindered, what kind of free speech and tolerance can we even talk about?

The main problem of liberal thinking, in my opinion, is that it’s not based on argumentation, but on labels. Behind the banning strategy are the labels issued by the left-wing liberals and their subcategory, the Social Justice Warriors, against those who oppose their views. As you may have noticed, those disagreeing with the SJWs tend to get labeled as sexist, homophobic, Nazi, racist, radical, religious, xenophobic, etc. in the first few minutes of discussion and then ignored. This is somewhat reminiscent of the Romans calling any non-Roman a barbarian. Either you are a civilized, just, responsible, educated, broad-minded citizen who thinks like the SJWs, or you are a barbarian, there is no third option, no in-between. If you voice a dissenting opinion, be prepared to be ignored after getting a label on your forehead and a couple of bellowed slogans. Social platforms use algorithms based on the same labels. Bots and moderators are busy banning “deviant” ideas.

Welcome to the digital concentration camp!

These processes churning in the West for several years now, the restrictions on dissent in the media, the clamor of the SJW, and smearing campaigns are getting annoying. As a result, for the first time since World War II the far right has begun to garner so many votes in the leading Western countries. Statistics show that for the first time since World War II, the far-right tendencies have begun to grow rapidly in the United States and Europe. This is not a crisis of democracy, human values and human rights like the left liberals want us to think, but a result of failed forms of the left liberals’ governance and struggle.

This is exactly what you get when you fight using labels instead of arguments.