Drones: a game changer in the Nagorno-Karabakh warfare

The author discusses the use of drones in the Nagorno Karabakh conflict which eventually lead to Azerbaijan's victory as Azerbaijani Unmanned Combat Aerial Vehicles (UCAVs) and suicide/kamikaze drones were able to destroy heavy ground units, including T-72 tanks and advanced S-300 air defences. 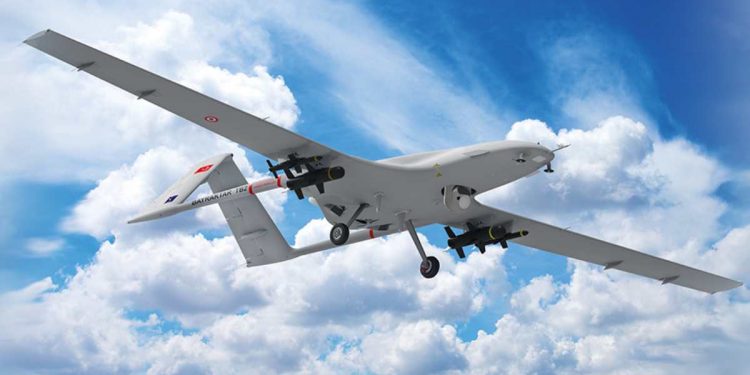 There are many weapons that changed the entire spectrum of warfare. Drones are also considered among them. Drones were invented during WW-II, but during the 1990s and few countries possessed the first generation of Unmanned Aerial Vehicles (UAVs). Currently, many countries are operating different types of drones either armed or unarmed.

During last year, we saw successful use of Unmanned Combat Aerial Vehicles (UCAVs) in many parts of the world. Among them, Nagorno-Karabakh is the most important one. During 44 days of the war, Azerbaijan used Israeli and Turkish UCAVs in a very unique way.

Those drones become a nightmare for Armenian troops, tanks, artillery guns and most importantly, air defence sites. On the one hand, Turkish “Bayrakhtar TB2” destroying Armenian tanks and artillery guns while on the other hand, Israeli-made suicide drones destroyed air defence batteries.

Drones as a potential threat

In this piece, I will analyze the performance of drones in Nagorno-Karabakh. During 44 days of conflict, drones emerged as a potential threat to enemy lines. Azerbaijani Unmanned Combat Aerial Vehicles (UCAVs) and suicide/kamikaze drones were able to destroy heavy ground units, including T-72 tanks and advanced S-300 air defences.

From video clips released by the Azeri ministry of defence, it seems that Armenian troops and ground radars were unable to detect Azeri drone. As a matter of fact, around 150 Armenian tanks were destroyed in these strikes.

According to reports, Azerbaijan bought Bayrakhtar TB2 UCAV from Turkey at the start of 2020 while Israeli-built drones were procured during the 2010s. In a video clip circulating on social media, we can clearly see that how perfectly a loitering drone hitting an S-300 Air Defense battery.

Azeri President Ilham Aliyev credited the drones with Azerbaijan’s victory on the battlefield. He said, “They shrank our casualties and helped destroy entrenched Armenian defences that had been in place for decades.”

Use of drones in the battlefield

This UCAV has an endurance of 27 hours and can be armed with light munitions. They carry laser-guided bombs and Azeri troops. During the conflict, this drone struck many high-value targets meanwhile Azeri forces just lost only two such drones in a 44-day conflict.

Another sophisticated system is IAI Harop. Harop is a loitering munitions (LM) system developed by Israel Aerospace Industries (IAI). This drone loiters over the battlefield and attacks the targets by self-destructing them. This system is the modern form of “Harpy” UAV, which is also developed by Israel.

The Orbiter 1k drone was also manufactured by Israel and the working of Orbiter 1K is very similar to the Harop drone which I discussed earlier. These Kamikazes carries 1-2 kg explosives and explodes themselves into enemy tanks, artillery systems or air-defence batteries.

The Orbit 1K can fly for two to three hours can its explosive warhead and other navigational equipment. During the conflict, just one drone was lost by Azerbaijan while it claimed many Armenian losses. In 2019, Azerbaijan inked a $13 million worth deal with Israel for procurement of Orbiter 1k UAV.

Armenian drone fleet consists of indigenously designed UAVs for reconnaissance missions. While Azerbaijan fields a more diverse and modern arsenal of drones. Azeri troops did well on the battlefield and operated these platforms perfectly.

Reconnaissance UAVs were used to locate the position of enemy troops and helped artillery units to strike well. This intelligence gathering was also used by UCAVs to target Armenian positions.

According to OSINT reporting, 22 Azeri drones were also destroyed during the conflict, while 4 UAVs were captured by Armenian troops. The list includes; 2 Bayrakhtar TB2; 1 Aerostar; 11 IAI Harop; 3 SkyStriker and 8 unknown UAVs.

But this loss is very minimal because Azerbaijan achieved much success by losing just 26 drones.

From the heroic performance of drones in the “Nagorno-Karabakh” conflict, more countries will manufacture or procure drones for military purposes. After this conflict, three major countries procured UCAVs including Pakistan, Ukraine and India from China, Turkey and the United States, respectively.

The strike performance of Turkish Bayrakhtar TB2 UCAV will also eliminate the dominancy of US origin combat drones. After this conflict, Turkey emerged as a growing drone power.

Moreover, the Nagorno-Karabakh conflict didn’t prove tanks and air defence system as unemployed but this conflict has shown us the ever-growing use of drones on the battlefield.

The print’s Editor in Chief Shekhar Gupta quoted that “(This) is actually the first war in the history of modern warfare that has been won almost entirely on the strength of drone warfare.”