On February 14, President of the Republic of Azerbaijan Ilham Aliyev attended the opening ceremonies of the “Aghdam-1” and “Aghdam-2” substations, as well as the Digital Control Center of the Karabakh Regional Electric Network. 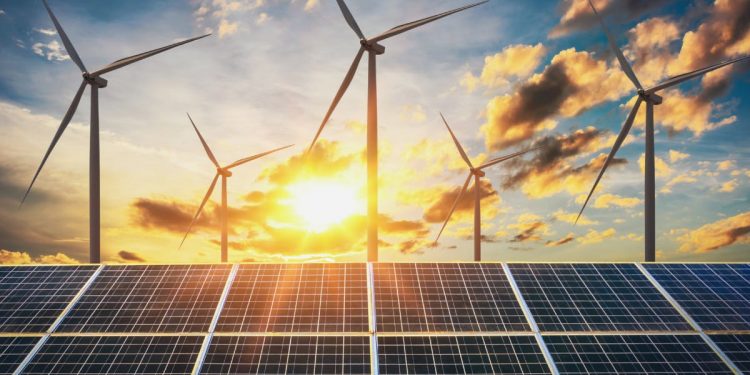 The Aghdam-1 substation has been built within the modern power complex created in the center of the Aghdam region and includes 110 kilovolt open and 35, 10 kilovolt indoor distribution facilities. For connecting the Aghdam region to the general power system of Azerbaijan, 35 kilometers, 110-kilovolt high-voltage power line from the Khindiristan station was laid down.  The production capacity of the “Aghdam-2” substation is the same as the Agdam-1 substation, and it includes a micro-SCADA system for remote control. With the opening of these substations, the total number of substations that have been built in the liberated territories now stands at nine.

Before that, on February 11, the “Gobu Energy Hub,” which includes a 330-kilovolt Gobu substation with a carrying capacity of 1,000 megawatts and a 385-megawatt Gobu Power Plant, was also opened. Founded in August of 2020, these stations were built in record time. For the first time in the history of Azerbaijan, these thermal power plants were designed by local specialists. The design works were carried out by the “Design and Research Energy Institute of Azenergy,” and the construction by a local company. The new substation was commissioned in accordance with the concept of a digital power system.

The Gobu Energy Hub has several important advantages. First of all, it will meet the growing demand for electricity in the country, especially in Baku and the Absheron Peninsula, and will reduce the capital’s dependence on regional power plants. It will enable to maximize the stability of the electricity supply and minimize the risk of system accidents. It will also play an important role in the formation of the circular power supply system in the capital. A 108-kilometer transmission line was also built to connect the Gobu Power Hub to the general power system.

Along with the mentioned stations, on February 8, the opening of the reconstructed 330-kilovolt Yashma substation took place. This station has strategic interstate importance as it connects Azerbaijan and Russia’s energy systems. During the reconstruction, distribution devices with a capacity of 330, 220, and 110 kilovolts were reconstructed, and three new autotransformers with a capacity of 250 megawatts each have been installed at the station. As a result, the total capacity of the substation increased to 750 megawatts.

Implementation of these new projects not only serves to meet the growing domestic demand but also enables Azerbaijan to increase its export capacity. Because of the realized projects in this area, in 2021, Azerbaijan produced 27 billion kilowatt-hours of electricity and exported 1.6 billion kilowatt-hours. In comparison to previous years, the volume of electricity exported in 2021 increased by approximately 20% compared to 2020 and 36% compared to 2017. Revenues from electricity exports amounted to $69.34 million in 2021 and $50.97 million in 2017.

However, the construction of thermal power plants is not the only direction in which Azerbaijan is working to strengthen its energy security. Azerbaijan is also actively developing its renewable energy sector and has started several projects in this direction recently. On January 13, a groundbreaking ceremony was held for the 240-megawatt “Khizi-Absheron” Wind Power Plant, which will be built by Saudi Arabia’s ACWA Power company. ACWA Power, partly owned by Saudi Arabia’s sovereign Public Investment Fund, will invest about $300 million in the project. It is expected that the plant will be commercially operable in 2023 and will produce about 1 billion kWh of electricity per annum. Earlier in 2020, Azerbaijan’s Energy Ministry and ACWA Power signed an implementation agreement to develop, build, and operate a wind power park in Azerbaijan. The project’s power purchase agreement (PPA) spans over 20 years on a “Build Own Operate” basis.

Along with wind power, Azerbaijan is also working on projects to use its solar energy potential. For this purpose, in 2021, an implementing agreement for the establishment of the 230 Mw solar power plant with the UAE’s Masdar company was signed. This project is worth about $200 million, and the PPA spans over 20 years. The new solar power plant, to be built in the Absheron district, will produce about 500 million kWh of electricity annually, which will save 110 million cubic meters of natural gas and reduce carbon emissions by 200,000 tons. In total, the Energy Ministry of Azerbaijan has signed memorandums of understanding to co-operate on renewable energy ventures with 11 large companies, including BP, Equinor, and Total, along with Masdar and ACWA Power. By implementing these projects, the Azerbaijani government aims to raise the share of renewable energy in total electricity generation capacity to 30% by 2030, doubling it compared to 2018.

It is also worth mentioning that the liberated territories of Azerbaijan in the Karabakh region that were under Armenian occupation for 27 years also have great potential for the development of renewable energy. Karabakh’s solar energy potential is estimated at 3,000-4,000 Mw and its wind energy potential at 300-500 Mw. Given that 25% of Azerbaijan’s local water resources originate in Karabakh, it is an optimal area for using local rivers for the construction of hydropower stations (HPS). Before the occupation, more than 30 HPSs used to operate in Karabakh and most of them were destroyed. Thus, after liberation, Azerbaijan intensively worked on the restoration of these stations and building new ones. HPSs such as the 8 MW Gulabird station and Sugovushan-1 and Sugovushan-2 stations with a total capacity of 7.8 MW have already been reconstructed and put into operation. In coming years, Azenergy OJSC plans to reconstruct 11 HPSs in Kalbajar District and 12 in Lachin District, with a total capacity of 130 MW.

Azerbaijan also actively cooperates with international partners and investors for the development of the renewable energy sector in Karabakh. The Ministry of Energy of Azerbaijan and BP have already signed an implementation agreement on a project to build a 240 Mw solar power plant in the Zangilan and Jabrail regions. By developing the renewable energy sector, Azerbaijan aims to create a “green energy zone” in Karabakh.