My country, Azerbaijan is a member of the Council of Europe, OSCE, EHRC and many other pan-European platforms. On most maps, Azerbaijan is shown as the most eastern part of Europe – writes Nigar Arpadarai, Member of Milli Majlis (National Assembly) 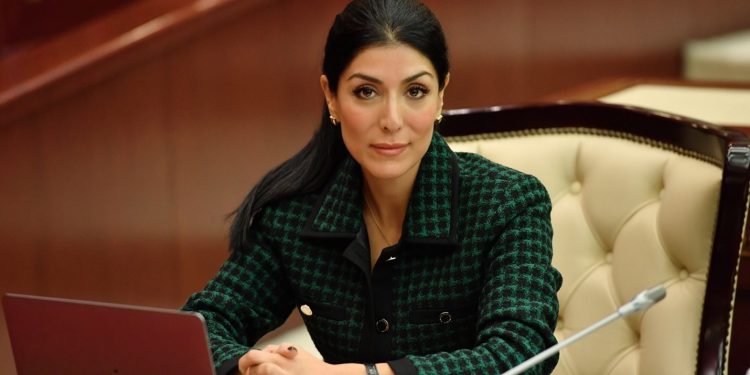 First time visitors are very surprised how European Baku, our capital city, looks and feels. So, why does the question still remain: are we European?

The classical answer to this question, that I have heard many times, is always as follows:

I am afraid, this traditional answer is no longer fit for purpose and requires further scrutiny. Frankly, I am no longer even sure what these supposed European ‘values’ are meant to be anymore.

In my opinion, values must be shared if we want peace and stability in Europe. To be shared they, first, must be agreed on and accepted by all parties and secondly, they must also be applicable to real life.

But values – especially shared values – only work only if they are consistently adhered to.

In the case of Azerbaijan, however, these so-called European values, in many cases, do not seem to apply.

The biggest grievance we Azerbaijanis have when it comes to these supposedly shared values that we must all possess – even if they don’t apply to us – is of course in relation to the Armenian-Azerbaijani conflict. For three decades, until late 2020, the occupying forces of Armenia, another ‘European’ nation, were stationed in the south-west of Azerbaijan – Nagorno-Karabakh – a territory from which all indigenous Azerbaijanis were driven out, killed, or taken hostage for a period of nearly 30 years. The cities and villages that were once their homes ceased to exist with Azerbaijani homes in entire towns and cities fully dismantled and sold as trophies or construction materials. Every sign of Azerbaijanis ever living in this territory was removed. In other words, aside from what we consider an act of ethnic cleansing, these years of illegal occupation also brought about the total destruction of the economic & cultural heritage of those Azerbaijanis who once called the region home.

Even when considering the various atrocities of the Yugoslavian war, Kosovo, Transnistria, Donbass or Ossetia, nothing of the level and sustained consistency of what occurred in Nagorno-Karabakh has happened in Europe since the end of WWII. For three decades only trenches, bunkers and minefields were added to this apocalyptic landscape.

During these three decades, the UN and OSCE repeatedly recognized these occupied lands as part of Azerbaijan. However, nothing was ever done to push the occupier out of this territory. On the contrary, the OSCE, CoE, EU and many other pan-European organizations have been actively engaged in one main mission – sustaining the status quo. Through lack of any meaningful action and relentlessly communicating to the Azerbaijani government and Azerbaijani public that nothing could be effectively done to stop the occupation – and that Azerbaijan must accept this reality – it became hard to see where these shared values were being enforced in a fair way when it came to this illegal occupation.

In 2020, when Azerbaijan, after 26 years of failed negotiations under the mandate of the OSCE, took its destiny into its own hands and finally drove the occupying forces out of its lands in a 44 day war, which saw 3000 soldiers and officers sacrifice their lives –  many of them children of refugees from the same lands they were liberating – for what should have been a brokered peace deal, Azerbaijan ended up on the receiving end of plentiful criticism from the main European bodies, governments and media. Even now, almost 2 years since the end of the conflict, a pro-Azerbaijani or even balanced resolution amongst PACE, OSCE or the European Parliament is unheard of.

In the meantime, since the end of the fighting in the liberated areas, multiple people have tragically died as a result of landmine explosions. The twin projects of repopulation and reconstruction of the newly liberated territory are being seriously challenged by hundreds of thousands of landmines planted there in random places – even in cemeteries. Indeed, many of these landmines were planted by the occupying Armenian army just before they left. We liberated our lands, but it will take us years and tens of billions in investment to make them livable for our people once more.

Armenia was never under any direct or indirect sanctions for what it did. Azerbaijan never received any meaningful support in its efforts to liberate or rebuild the territory. I prefer not to go into the speculative reasoning why it happened this way. After all, Azerbaijanis, in my humble opinion, are very optimistic people, who overcame a lot of calamities and suffering in the last decades with pride and resilience. We, I believe, moved on, from the times of occupation and war, with the new national idea and sense of purpose to reconstruct these liberated lands and achieve a lasting peace in the region.

However, taking the aforementioned lack of support into account, any talk of Azerbaijani’s needing to ‘share European values’ does not sit well with us. As we see it, the most fundamental values we should all share – the right for life, a home and to be safe from harm – were grossly violated when one considers the actions of the occupying forces in Nagorno-Karabakh as well as the lack of action by the main European and international bodies in supporting the hundreds of thousands of our people who were made homeless and worse as a result.  Ultimately, Europe remained a passive observer and bystander, despite the fact that according to international law and the OSCE mandate, the illegal occupation of our lands was to all intents and purposes a European issue.

Yes, is the obvious answer to both. For a safer Europe, these values we get told about must be truly shared and trust must be restored.

But we also need to accept certain facts at some point. You see, there is a certain contradiction which has existed for some time already with respect to a group of countries. On one hand, Azerbaijan as well as the rest of the South Caucasus is a full member of most pan-European organizations. We are a part of what is called a ‘Wider Europe’. On the other hand, to use the terminology of the EU, the nucleus of the European integratory process, we are the vague “Eastern partners”.

Can Partners become Members? It does not seem probable at this moment in time. The EU is hardly keeping itself together and an eastern expansion is obviously not on the table anymore, even theoretically. Even less so for a country like Azerbaijan, the most eastern nation on the European continent.

So, us ‘Partners’ will remain partners for the foreseeable future, a reality we must now learn to accept. It means there should therefore be a review of approaches on both sides, because the old ones were designed under very different circumstances. The EU should come up with a new plan, built around achieving sustainable peace and regional cooperation inclusive of all countries in the region with a focus on important current issues such as connectivity, security, energy, ecology, digital transformation and they should also offer a roadmap of closer ties with the EU for its Eastern Partners – a clear plan of how each Eastern member individually and together can benefit from having such a large, rich and powerful Western Partner, the EU.

There are some good signs. The recent Eastern Partnership summit, gave an impression of a platform for dialogue. In the case of Azerbaijan, a belated 2 billion EURO package was announced just a few days ago. But we are still to produce a working plan.

The plan should be built on the reasonable self-interest of all participants, an understanding of common interests and an acceptance of the common rules which work for all. If we achieve this, we are just an arm’s length from a real conversation around shared European values, that will help stabilize the foundations of this part of the world, foundations which we have seen can be quickly destroyed but take a lot of time to rebuild.