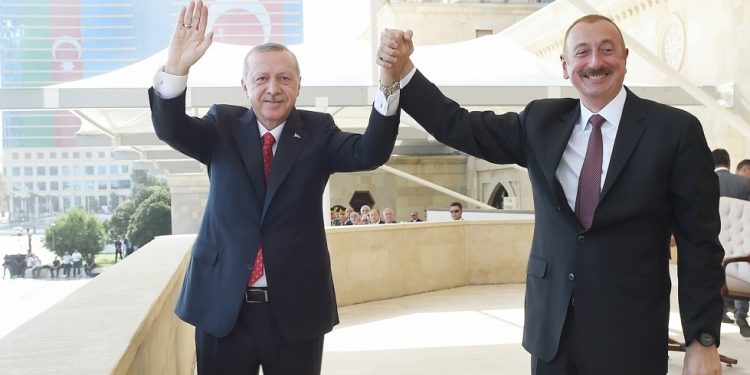 Turkish President Recep Tayyip Erdogan on Thursday said that Azerbaijan crowned the 103rd anniversary of its republic with the rightful victory in Patriotic War last year.

Issuing a message on the occasion of Republic Day of Azerbaijan on May 28, Erdogan congratulated the Azerbaijani nation.

“Brotherly Azerbaijan is crowning the Republic Day this year with the pride of its rightful victory in the Patriotic War, and Turkey enthusiastically shares this happiness of Azerbaijan,” he said.

During the 44-day conflict, which ended in a truce on Nov. 10, 2020, Azerbaijan liberated several cities and nearly 300 settlements and villages in Karabakh from a nearly three-decade Armenian occupation.

The truce is seen as a victory for Azerbaijan and a defeat for Armenia, whose armed forces withdrew in line with the agreement.

Erdogan voiced pleasure over mutual commitment to further increase strategic relations, which are “already at an excellent level”.

“I firmly believe that our brotherhood and cooperation are the greatest guarantees of peace, stability and prosperity in our region,” he said.