Azerbaijan will never put up with injustice: envoy

The Azerbaijan's Ambassador to Pakistan, Ali Alizada, while recalling the 44-day Patriotic War against Armenia, said it has demonstrated his country’s power, resolve and unity. It showed that the Azerbaijani people will never put up with injustice. 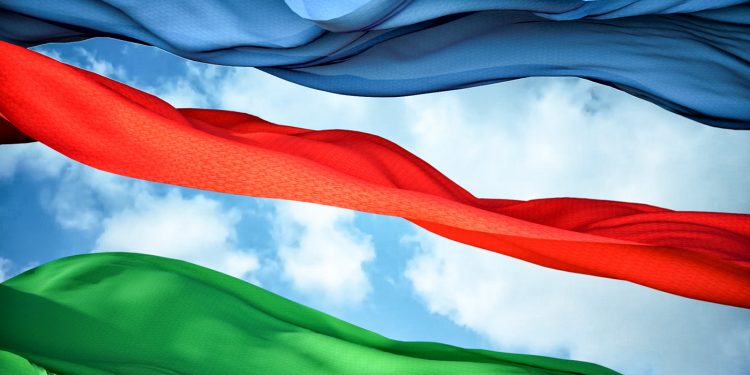 “We are thankful to our brotherly country Pakistan and its people who stood shoulder to shoulder with Azerbaijan and supported its right to self-defence during the Patriotic War of Azerbaijan.” The ambassador was speaking on the occasion of his country’s National Day, saying Pakistan didn’t recognize Armenia due to occupation of Azerbaijani territory and always highlighted its principled position in the conflict.

Ambassador Alizada maintained that Azerbaijan has always stood and supported Pakistan in all matters, including the Kashmir issue which also waits implementation of UNSC resolutions for several decades. “I am sure our brotherhood and mutual support to each other will continue and strengthen in the years ahead as well.” He said that Pakistan and Azerbaijan have time-tested relations based on strategic partnership, confidence, mutual respect and trust.

In the last one year, Covid-19 pandemic caused a worldwide slowdown, but even during that time Pakistan-Azerbaijan relations, the political, military, defence, economy, security, and energy ties have continued to grow. The efforts for strengthening people to people contacts, ties in culture, media, science and education have also increased, and the humanitarian-social projects of the Heydar Aliyev Foundation of Azerbaijan continued in Pakistan. The establishment of direct flights, he said, also remains one of our main aims and the agreement has already been reached to start operations of direct flights as soon as Covid -19 situation settles down.

All these developments show the commitment of our fraternal nations and our governments’ determination to deepen and strengthen our relations, Ambassador Ali Alizada said. “I congratulate the Azerbaijani community in Pakistan and all my countrymen on the occasion of National Day.”

The envoy of Azerbaijan proudly referred that Azerbaijan has liberated its lands through development, because development is also the backbone of our victory, and today, Azerbaijan is one of the rapidly developing countries of the world. And soon the liberated territories of Azerbaijan will also become one of the developed regions of Azerbaijan and a real paradise. “Relying solely on the support of the Azerbaijani people, President Aliyev has put an end to all negative forces in the country, disbanded all illegal armed groups, established safety and order, and began building the state institutions and a regular army of Azerbaijan.”

Ambassador Alizada said all these years, the Azerbaijani nation has lived with one dream, to liberate the illegally occupied territories of Azerbaijan and restore peace and justice in the region, which Azerbaijan has sought for almost 30 years through all platforms. If the creation of ADR, on May 28, 1918 was a historic event for the Azerbaijani nation, the restoration of the territorial integrity of the modern independent Azerbaijan in 2020 became another glorious historic victory and achievement for Azerbaijan and its nation.

During the 30 years of the conflict, Azerbaijan has suffered a lot from Armenian aggression and Azerbaijan has been delivering the truth about this issue at all international events and forums. He said that more than 30,000 Azerbaijanis have been martyred, all cities, residential buildings, schools, hospitals, public buildings, historical sites and mosques in occupied territories of Azerbaijan have been destroyed.