According to TASS, Erdogan made the remarks on Tuesday during a press conference with Azerbaijani President Ilham Aliyev in the city of Shusha in Nagorno-Karabakh. 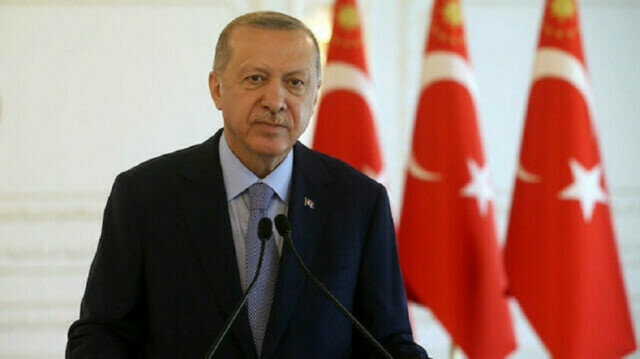 “As you know, we offered to work within a six-party platform with the participation of Russia, Turkey, Azerbaijan, Armenia, Georgia and Iran. We want to make the region prosper based on this platform. We are resolved to do this with President Aliyev and Russian President Vladimir Putin,” he said.

According to Erdogan, Ankara and Baku are committed to Karabakh recovery.

Erdogan’s remarks come as the Armenian government condemned the presence of the Presidents of Turkey and Azerbaijan in the Nagorno-Karabakh region, describing their visit as provocative and aimed at undermining peace and security in the region.

Recent developments in Baku-Yerevan relations have taken place after 44 days of conflict over the Nagorno-Karabakh region and a ceasefire between the two sides. The two countries agreed on a ceasefire on November 2020 brokered by Russia. According to the agreement, Armenia was obliged to evacuate the occupied territories of the Republic of Azerbaijan in “Aghdam”, “Kalbajr” and “Lachin” and to establish a land route from Nakhchivan to the Republic of Azerbaijan.

In return, the Republic of Azerbaijan pledged to end the conflict and open the Lachin Corridor to connect Karabakh to Armenia while suspending military operations. The liberated city of Shusha, along with all liberated areas, returned to Baku’s control.