Turkey's President Erdogan during his visit to Azerbaijan in June signed the Shusha Declaration, a pact that focuses on defence cooperation and establishing new transportation routes between the two countries. 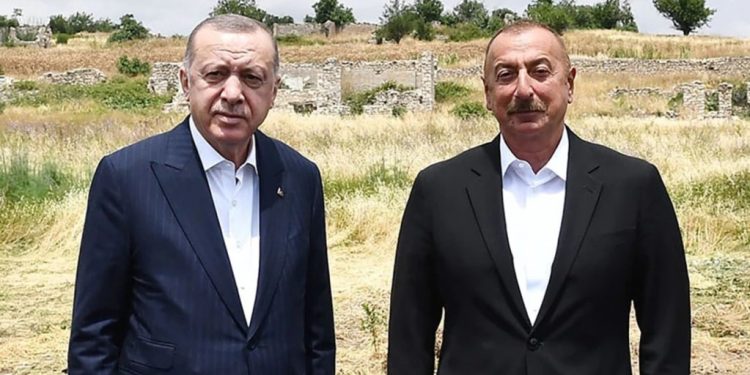 Turkey’s President Recep Tayyip Erdogan is visiting Azerbaijan for his third visit since the liberation of the Karabakh region.

Erdogan met his counterpart Ilham Aliyev on Tuesday, and attended the inauguration of the Fuzuli International Airport.

The Turkish leader was most recently in Azerbaijan in June, when he visited Shusha, the country’s cultural capital that was occupied by Armenia for 28 years.

Erdogan and Aliyev signed the Shusha Declaration during that trip, a pact focused on defence cooperation and establishing new transportation routes.

The agreement also affirms that Turkey and Azerbaijan will work together in the face of any external threat.

The Turkish president was also a guest of honour as Azerbaijan celebrated its Karabakh victory with a special parade in December 2020.

In his address at the event, Erdogan reaffirmed Ankara’s unwavering support for Baku’s security and development goals, vowing that the two countries will make the region “prosperous, developed and more liveable place for our children.”