“It is obvious to everyone in Armenia that after such a defeat, it will be a long time before the country is ready to fight again”

Iran and Azerbaijan are neighbors, and their relationship has known both good and bad times. The aggravation we are seeing now is not the most serious one in the last thirty years. 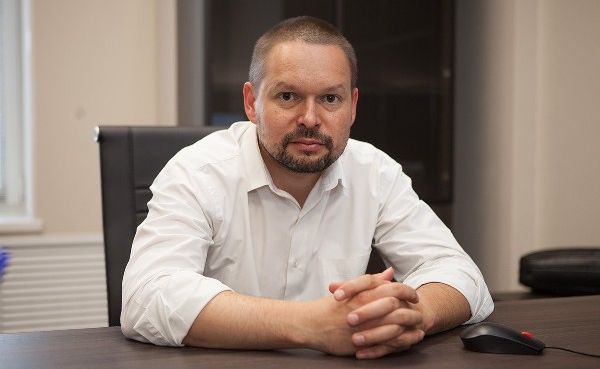 Interview with Nikolai Silayev, a senior researcher at the Center for Caucasian Studies at the Moscow State Institute of International Relations.

You visited Yerevan recently. Please, share your thoughts: what do Armenians think about the outcome of the 44-day war, how do they see a way out of the situation?

The Armenian society sees the results of the war as a crushing defeat. It is only natural. There are voices blaming other countries for this outcome: Turkey, who was helping Azerbaijan very actively, or Russia, which, according to many in Armenia, provided too weak a support to the latter, although Russia itself suffered losses in the peacekeeping operation.

But there is also another strong position: the defeat had internal reasons, including mistakes in diplomacy, state-building and military development. There is a deep reassessment of previous ideas and approaches under way, even though it may be not very noticeable from the outside.

Of course, the war has reinforced the already existing profound distrust of Azerbaijan and Turkey.

As for a way out of the situation, a new strategic course is still being shaped. What is clear for now is that the safety of Armenians both in Armenia and in Karabakh will remain a strategic priority.

How strong do you think the revanchist sentiments are in the Armenian society?

I did not notice any revanchist sentiments. It is obvious to everyone in Armenia that after such a defeat, the country is not ready and will not be ready to fight for a long time. Revenge is not an unpopular idea—they simply do not think about it.

But as for the future possibility of such sentiments, I believe they can arise and will continue to grow. The Armenian society does not accept the outcome of the war as fair, it does not feel safe, nor does it believe in the peaceful intentions of Azerbaijan and Turkey—and these are components of the foundation for the idea of revenge. Whether it will come, how strong it will be, depends, among other things, on the results of the negotiations on humanitarian, transport and other issues.

Why do you think Russia did not support Armenia in the 44-day war? Would you say that Moscow has come to understand that the security of its southern borders depends on the settlement of the Karabakh problem?

Russia’s position was and remains unchanged: the conflict must be resolved through negotiations, the UN Security Council resolutions on Karabakh must be implemented. Russia has made great diplomatic and other efforts to end the hostilities. Russia has always been vocal that the bilateral guarantees of Armenia’s security, as well as the CSTO guarantees, apply only to Armenia, but not to Karabakh. These guarantees remain valid, and in this sense, Russia has supported and will support Armenia.

There is no doubt that the security of Russia’s southern borders depends, among other things, on the settlement of the Karabakh problem. The obstacle is that this problem has not yet been resolved. Russia will continue to make efforts to ensure that the conflict is resolved politically and a lasting peace is established in the region.

How does the opening of the Zangezur corridor benefit Russia?

As part of the agreements on the opening of transport communications in the region, Russia does not single out any one route—they all must be open. The benefits are obvious: the strengthening of trust between Armenians and Azerbaijanis will reduce the likelihood of a new war and create conditions for economic growth in the region, which will offer advantages to Russian companies as well.

As for the land transport route between the main territory of Azerbaijan and Nakhchivan, Russia understands Baku well. We too have an enclave, Kaliningrad Oblast, and its land communications go through the NATO and European Union countries, with which we do not have particularly good relations at present. Of course, there is a need for such a route, and here it is necessary to proceed from the interests of the people first and foremost, not from geopolitical considerations.

Would you say that Russia and Turkey found common ground both during the Second Karabakh War and after it?

Russia-Turkey relations are one of the most interesting cases in modern world politics. Researchers debate on what lies at the heart of cooperation between the two countries: is it common views on security issues, economic cooperation, or something else? In my opinion, there is no definitive answer to this question yet. The relationship between the two countries is a bizarre mix of cooperation and rivalry. However, it was rivalry that prevailed on the issue of the Second Karabakh War. It is easy to see from the assessments of Turkey’s role in the Russian press and in official statements during the war. The Russian Foreign Ministry expressed bewilderment that Ankara publicly reacted to Russia’s peace initiatives during the war before Baku did. As far as the available information suggests, Russia has been watching guardedly the expansion of Turkey’s role as one of the mediators in the future settlement. A country that provided open large-scale military assistance to one of the parties in the course of the conflict is hardly suitable for the role of a mediator.

Joint economic projects, including projects in the field of high technologies, bring Russia and Turkey together, while issues of regional security divide them. This combination of cooperation and rivalry is likely to persist for a long time to come.

The Iran-Azerbaijan confrontation: what is the cause and what could be the consequences?

Iran and Azerbaijan are neighbors, and their relationship has known both good and bad times. The aggravation we are seeing now is not the most serious one in the last thirty years. Iran is unhappy about Turkey’s growing influence in Azerbaijan. This is to be expected. However, Baku and Tehran have many common interests, such as the development of the North-South transport corridor. It remains to be hoped that these common interests will prevail over possible enmity.