The current energy crisis in Europe made it necessary to strengthen energy co-operation between Brussels and energy exporting partners. 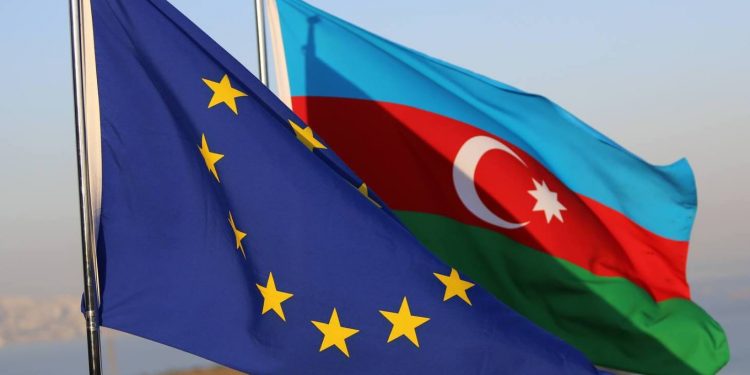 To this end, Azerbaijan and the European Union continue the successful cooperation in a wide range of areas, and both sides are interested to strengthen and expand the existing co-operation. Touching upon the co-operation between Brussels and Baku, it is especially important to highlight the energy co-operation, writes Colin Stevens.

Currently, the European Commission recognizes the crucial importance of the energy security because the ongoing Russia-Ukraine war has exposed the vulnerability of Europe’s energy system. The European gas consumers are facing a serious security of supply crisis as Russia critically reduces or switches off natural gas flow to Europe via the Nord Stream 1 pipeline. According to the Kremlin Russia’s gas supplies to Europe via the Nord Stream 1 pipeline will not resume in full until the “collective west” lifts sanctions against Moscow over its invasion of Ukraine. In the short run, all these developments negatively affect on the European energy markets as energy bills are soaring in Europe. As a result, benchmark gas futures jumped as much as 35 percent, the most in almost six months, and electricity prices increased as well.

To face such challenges, EU energy ministers agreed that all EU countries should voluntarily cut gas use by 15% from August to March, compared with their average annual use during 2016-2021. At the same time, Europe is looking for alternative natural gas supplies from reliable energy partners, as well as builds up gas storages to prepare for winter season.

Azerbaijan is among the EU’s strategic energy partners which will support Europe’s energy security by increasing natural gas supplies. The Southern Gas Corridor (SGC) has been already completed, and official Baku exports Caspian natural gas via the Trans Adriatic Pipeline (TAP) to European energy markets. Based on the strengthened energy cooperation, Azerbaijan is increasing deliveries of natural gas to the EU, from 8.1 bcm in 2021 to an expected 12 bcm in 2022.

It is worth mentioning that on February 4, 2022, the EU commissioners for Energy, Kadri Simson, and Neighborhood and Enlargement, Oliver Varhelyi, visited Azerbaijan to attend the 8th Ministerial Meeting of the Southern Gas Corridor Advisory Council. Azerbaijan and the EU started negotiations about the potential increase of the Azerbaijani gas supplies via TAP. However, the groundbreaking agreement between Azerbaijan and the EU was achieved on July 18 of the current year when the European Commission signed the new “Memorandum of Understanding on a Strategic Partnership in the Field of Energy” with Azerbaijan to increase imports of Azerbaijani natural gas to Europe by at least 20 bcm annually by 2027. This document opened a new era for cooperation between Brussels and Baku.

According to Commission President Ursula von der Leyen: “Today, with this new Memorandum of Understanding, we are opening a new chapter in our energy cooperation with Azerbaijan, a key partner in our efforts to move away from Russian fossil fuels. We are also laying the foundations of a long-term partnership on energy efficiency and clean energy, as we both pursue the objectives of the Paris Agreement.”

Energy Commissioner Kadri Simson also noted: “The new Memorandum of Understanding underlines the strategic role of the Southern Gas Corridor in our diversification efforts. Azerbaijan has already increased the natural gas deliveries to the EU and this trend will continue, with up to 4 bcm of additional gas this year and volumes expected to more than double by 2027.”

For the EU, the SGC is a significant source for the diversification of natural gas supply to Europe, in particular for South Eastern European countries, which highly depend on a few sources.

The signed MoU between Baku and Brussels is really important for Europe’s energy security, and Baku is ready to increase natural gas flow to Europe. However, as noted by President Ilham Aliyev “to double the export to Europe is a big deal. We need investments, we need to expand the capacity because our pipeline, which brings our gas to Europe, has a capacity of 10 billion cubic meters – TAP. So, we need to expand it up to 20 bcm. It needs money, it needs agreement between the shareholders and all that is a process”.

So, it is clear that Azerbaijan is expecting to sign a long-term gas purchase agreements with the European partners, and the current geopolitical scenario in Europe made it necessary to sign such agreements as soon as possible.

Analyzing the MoU, it is worth noting that along with natural gas export, another important aspect of the EU-Azerbaijan energy cooperation will be a development of green energy. Under the REPowerEU Plan, the EU plans to bring the total renewable energy generation capacities to 1,236 GW by 2030. In particular, replacing coal, oil and natural gas in industrial sector will help to cut the dependency on Russian fossil fuels. It should be noted that around 30% of EU primary steel production is expected to be decarbonized on the basis of renewable hydrogen by 2030.

Towards this end, Azerbaijan has also started reforms to develop green energy, and renewable energy production in the country aims to produce more electricity from renewables. Important green energy projects were signed with UAE’s Masdar energy company to build 230-megawatt (MW) solar power park and a Saudi Arabia’s energy company ACWA Power to build the “Khizi-Absheron” wind power plant. These green energy projects will play significant role in increasing the share of renewable energy sources in the country’s energy system up to 30 percent by 2030. Also, this process will be an important target to decrease the use of natural gas in electricity production. The signed MoU envisages export of the electricity to Europe in the coming years; thus, Baku and Brussels will examine the development of electricity interconnections between the EU and Azerbaijan, including through the Black Sea and through the Nakhchivan Autonomous Republic of Azerbaijan.

Last but not least, the EU and Azerbaijan are also interested in prospects for the development of generation capacity, transport and trade of renewable hydrogen. Therefore, TAP officials assess the options to transport hydrogen to Europe in the future. By this, TAP will be able to deliver not only natural gas, but also hydrogen which is strategically and economically important for Europe. In brief, TAP has a crucial role in supporting European energy security by diversifying energy supplies and supporting decarbonization efforts.

To sum up, Azerbaijan and the EU have great potential to strengthen and expand energy cooperation. Such potential includes not only natural gas, but also electricity, energy efficiency, renewable energy and green hydrogen. It is obvious that recent developments in Azerbaijan’s energy sector will increase the country’s export capacity in the next decade. However, Azerbaijani natural gas is not competitor to the Russian gas, and Azerbaijan’s strategy amid Europe-Russia confrontation has focused on securing national interests as well as supporting Europe’s energy security.