Europe’s attempt to deceive Azerbaijan goes down in flames

There is no doubt that behind the said edits on the arbitrary extension of the mandate lies the unsatisfied geopolitical ambitions of Emmanuel Macron, who is now instrumentalising the EU to ensure a French presence in the Caucasus as opposed to Russia and Türkiye. 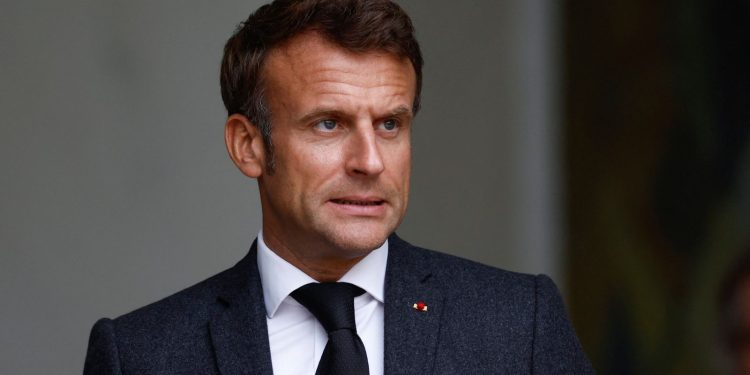 Russians say: “The pen is mightier than the sword”. It seems that political elites of the Old World are not familiar with this proverb of their eastern neighbours, though, for example, there is a similar expression in Latin: “Littera scripta manet – spoken words fly away, written words remain”. Alas, as the recent actions of European bureaucrats in Europe have shown, their promises and words are not even worth the paper they are written on.

On October 17, the Foreign Affairs Council of the European Union (EU) decided to deploy about 40 European Union expert observers from the Armenian side of the international border with Azerbaijan to observe, analyze and report on the situation in the South Caucasus region.

There is nothing unusual about this at first sight – the decision to send the mission came after a quadripartite meeting of Azerbaijani President Ilham Aliyev, Armenian Prime Minister Nikol Pashinyan, French President Emmanuel Macron, and EU Council President Charles Michel at the Prague summit of October 6-7. The purpose of the two-month mission was to build confidence and contribute to the work of the border commissions through its reports. At least that is what the summit talks were about and that is what was stated in the statement posted on the official website of the European Council following the Prague meeting. Azerbaijan, as we recall, rejected such a mission on its territory. Azerbaijan, unlike Armenia, protects its borders itself. Therefore, in Prague, President Aliyev said that Azerbaijan would solve the issues of cooperation with the mission in working order, as far as it would concern us.

However, the Europeans, in violation of the Prague agreements, resorted to outright provocation. In the decision to send a mission to Armenia, its mandate was arbitrarily significantly expanded: “This decision was made after the quadripartite meeting of President Aliyev, Prime Minister Pashinyan, President Macron and President Michel on October 6 and is aimed at helping to restore peace and security in the region, build confidence and delimit the international border between the two states. In other words, the EU has arbitrarily included in its mandate “restoration of peace and security in the region”, which corresponds to the mandate of a full-fledged peacekeeping mission, but in no way of a technical observation group!

Similarly, the Prague Declaration is silent on the purpose of the monitoring, analysis, and reporting mission on the situation in the region, while this line appears as if by magic in the latest release of the European Council. The Prague Declaration only mentions reports that can contribute to the delimitation commissions. That is, even in this case a broad interpretation has been applied without the agreement of Baku, to which the Azerbaijani side in Prague did not give the green light.

There is more to come. The decision of October 17 refers to a “possible extension” of the mission in Armenia which may be considered by the European Council after 6 weeks from the date of its deployment. At the same time, the Prague Declaration clearly states: “The mission will start its work in October for a maximum period of two months”.

So, in the Prague Declaration, the parties clearly stipulated a maximum limit for the duration of the EU mission, and the inclusion of a clause by the European Council on a possible extension by the European Council contradicts the Prague agreements. And here again, Yerevan’s position is hardly surprising – Pashinyan has already hustled and said at today’s cabinet meeting that “if necessary, we can discuss the extension of the EU monitoring mission on the Armenian border”. In doing so, he referred to a certain “expert community”, apparently Armenian, from where, they say, such proposals originate. Here it is clear – the Armenians are still grasping at any straw in order to obscure the negotiation process and refuse to fulfill their obligations to Azerbaijan.

Finally, one small detail: the Prague Declaration made it clear that observers could only facilitate the delimitation commissions’ work with their reports. But in this case, too, the European Council decision of October 17 was given a broader interpretation: support for the delimitation of the international border.

There is no doubt that behind the said edits on the arbitrary extension of the mandate lies the unsatisfied geopolitical ambitions of Emmanuel Macron, who is now instrumentalising the EU to ensure a French presence in the Caucasus as opposed to Russia and Türkiye. Paris is known for its support for Armenia and the active Armenian diaspora, with which Parisian politicians are literally following their lead, plays a role. But France is not a mediator, Brussels is, and French motives in the decisions of the European Council undermine the European mediation mission as a whole.

Under such circumstances, Baku has the right (indeed, it seems the only right thing to do) to stop any interaction with the European observer mission. If the Europeans, under pressure from France, decide to violate the written agreements, Azerbaijan must make it clear that it will not take part in this circus.

By the way, this also applies to the decision of the OSCE to send an assessment team to Armenia at the invitation of the Armenian government on October 21-27. For almost 30 years of occupation of Azerbaijani lands, the OSCE has never visited the occupied territories of Azerbaijan (the OSCE Minsk Group mission to the occupied territories, hardly pushed through by Baku back in 2004 is not counted here, as it was a project of the defunct Minsk Group). Also after the war, the OSCE has never been interested in the problem of mass mining of Azerbaijani territories. Most importantly: the decision to send an OSCE mission to Armenia bypassed the standard consensus decision-making mechanism within the OSCE. Consequently, Azerbaijan will in no way cooperate with tourists under the OSCE flag.

They say that in politics you can’t trust anyone. And this is the right approach. However, the Azerbaijani public, frustrated by the world’s indifference to the problem of the occupation of the country’s territories for 28 years, held out little hope that, after the Second Karabakh War, Europe would at least abandon its selective approach and exert a constructive diplomatic influence on the intractable surrenderer. Alas, as events have shown, the hopes were in vain – the Europeans have not justified the credit of trust, under the pressure of Macron’s unrealised geopolitical ambitions, who overthrew not only universal values and international law, but even levelled his own signature under the document. Baku is unlikely to agree to new “peacekeeping” initiatives by Brussels or Paris in the future. Thank you, we will manage without you.