Every nation has a heart

The Israeli heart beats in the chest of the nation of Israel and its supporters. A heart that thrives for peace, brotherhood, and friendship. A heart that belongs to the Jewish nation, always there to lend a helping hand. 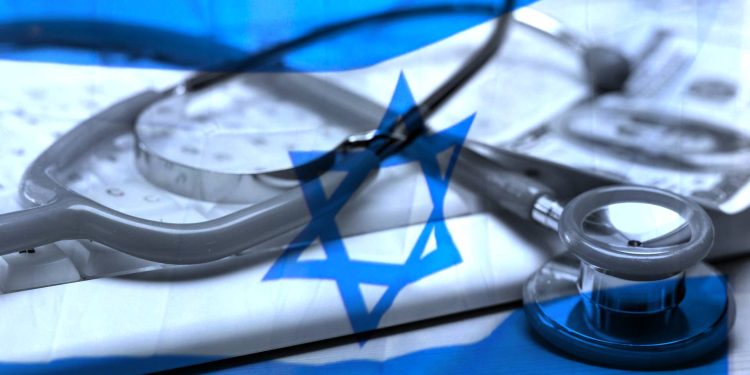 Heart of the Nation

This November 6th-to-12th, 2022, ‘Together For Them’ delegation of 4 Israel Defense Forces (IDF) wounded veterans were the guests of the Jewish community in Los Angeles, California. They came to share their heroic fight to defend their homeland, their injury episode and the difficult recovery process.

The IDF is a DEFENSE ARMY; it is an army by the people for the people, established to defend the homeland.

As for now and unfortunately, Israel, the Jewish people’s homeland, has been in a continuous war for independence; Israel has not yet achieved the famous biblical description of “The wolf shall also dwell with the lamb, and the leopard shall lie down with the kid; and the calf and the young lion and the fatling together; and a little child shall lead them.” ~Isaiah 11:6, and then there will be an end to all wars. Israel has not yet accomplished real peace.

When you go to war there is a chance you will not come back or you will be wounded. It could be someone’s husband, wife, daughter or son, sibling or a good friend.

When they were wounded, the four Israeli wounded veterans were ordinary IDF draftees; just ordinary soldiers or officers, each assigned to a certain post with a certain military unit. They served their conscription time or were already in reserve service and were called to serve in light of a war.

All four soldiers knew one thing: their job is to defend their homeland.

I have to emphasize that the IDF is just like all other armies; it is there to protect its nation and it performs its defense in the utmost civilized manner.

Last night, at a farewell evening event we parted from our four Israeli heroes.

The Israeli soldiers are ready to sacrifice their lives and souls to protect the people of Israel and their homeland. Their stories of war battles and injury made us cry. The challenges of overcoming their injury, the victory of life over death made us realize that everything in life is possible; you just have to want to overcome the hitch.

As the Father of Zionism once said: “If you want it is no legend.” Or, where there is a will there is a way.

I am blessed and thankful for their immediate trust in me and the respect they have showed for Eti El-Kiss and myself when we embarked in helping them to set up this delegation’s visit to Los Angeles.

And that brings me to the next stage of showing gratitude for military wounded veterans and the state of Israel, which the US AZ Cultural Foundation will be leading in December 2022.

On Chanukah we will bring Azerbaijani wounded veteran Arif Hajiyev to Israel to meet his Israeli cornea donor’s family and reconnect with his cornea transplant operating doctor, Dr. Yishay Falik, all who were instrumental in Arif’s recovery from his 2020 war injuries.

Israel in known to be a light unto the nations. Chanukah is the Festival of Lights, and Azerbaijani wounded veteran Arif Hajiyev received an Israeli cornea that regained his eyesight and gave him the ability to see the light again.

Thank you Yoram, Ofir, Steven, Ron and Roee, in no special order, for your strength, that strengthens us, whether this strength is coming from an Israeli soldier, an Azerbaijani soldier, or any soldier who is up to the task to defend his or her homeland. Thank you for your inspiration that inspires everyone and helps increase the connectivity between people and nations.

May God bless you all; rise and succeed.

Nurit Greenge. During the 2006 second Lebanon War, Nurit Greenger, referenced then as the “Accidental Reporter” felt compelled to become an activist. Being an ‘out-of-the-box thinker, Nurit is a passionately committed advocate for Jews, Israel, the United States, and the Free World in general. From Southern California, Nurit serves as a “one-woman Hasbarah army” for Israel who believes that if you stand for nothing, you will fall for anything.