I’m sure many of us have heard this sentence. Everyone talks about the beauty of the past, proud of having lived in “the nicer times”. But why were people more sincere, love purer, and friendships truer in the past? 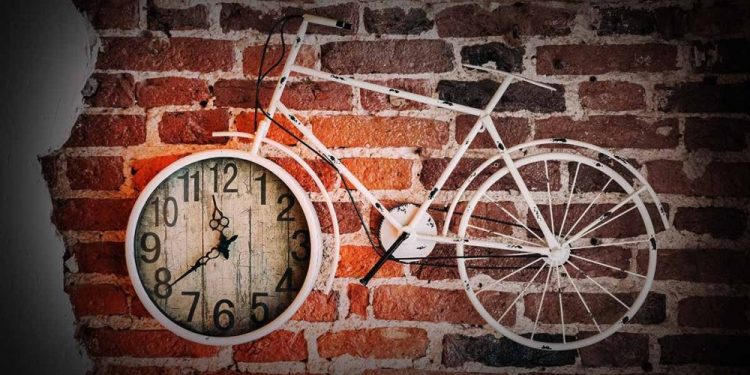 Of course, to answer these questions, one has to be able to take a bird’s eye view of the differences between the past and the present. “People used to be more ‘sincere’.” Maybe they had to?!

I think the answer to this question is “freedom.” With each passing day, humanity is taking another step towards the summit of freedom. Although freedom is an important thing, it carries the danger of revealing human nature with all its aspects. As people become free, they become less dependent on others. All the ideas of collectivism are already vanishing in societies. A hundred years ago, everyone was dependent on each other. That is, if you were a person living in Baku 100 years ago, you could not criticize a popular opinion as you wished—because you needed others in order to live. In the past, they wouldn’t sell bread to someone who was considered a “traitor” in a neighborhood. Today, we have freedom of speech. You can express your opinion as you wish and continue to live. This makes the “sincere” connections you have with others unnecessary. Human connections are based on benefit, and if sincerity is not necessary to achieve benefit in our time, then you cannot find a sincere person. If people can find food on their own, without depending on the tribe, they will not need to build “nice” relationships with others in order to stay in the tribe. If given the opportunity, a person chooses to get to the top by stepping on other people’s heads— capitalism, instead of living in unity—collectivism. And that is what happened.

“In the past, people respected their elders and children.” This one is a little more interesting. Let’s first look at the reason we respect our elders. I think the best way to analyze such sociological concepts is to imagine a tribe of 100 people. In this tribe, only the elders are able to start fire—if there is no fire, everyone dies—so their every need is tended and they are always respected. That is, our elders understand life better than we do, and their experience helps us live a better life. Hence, we must always respect them. As for children, there are just there to look after us when we are old and weak.

Now let’s see why this tradition is broken in our time. In our time, children are beginning to know more than adults. In our time, everything has accelerated so much that elders can no longer keep up, and young people have more knowledge about life. This process has become even more widespread since the invention of the computer. Since children no longer need their elders, they no longer need to respect anyone. However, this doesn’t mean that children should no longer respect their elders. Respect has simply ceased to be a matter of benefit and has become a matter of sincerity. You respect your elders not because you need them, but because you love them. Also, no matter how much you know, you still need to grow to be able to use that knowledge, and it is your elders who raise you.

The divorce rate is growing by the day, and the sacred institution of marriage and family is losing its unshakable throne. But it’s people who are to blame, not the times. If people had had the option to divorce a hundred years ago, they would have gladly chosen it—because it is nonsense that people should fit together. Two people can live together only for some benefit. Society is built on the interests of individuals in a group, and so is family. To manage a large group, you need to divide them into smaller groups—families. As I said, if you give the individuals in a family the opportunity to live separately, all individuals will choose that opportunity.

People used to be at the very least as vindictive, loveless, and hypocritical as they are now. But there were totalitarian societies that controlled them. Now “freedom” reveals a savage human nature capable of destroying all that is “sacred”. Note that when one talks about the time when they experienced the purest love, it’s always the past that comes to mind. No need to talk about the totalitarianism of the past. From the moment totalitarianism stops reining in the savage human, everything that is “pure” disappears.

“Neighborly relationships, friendships used to be different.” Because people couldn’t choose their neighbors back then. You had to maintain a good relationship with the person 5 doors away from you, if you didn’t want your life to become hell. And now, since the development of transport, you can choose a friend who suits you the best, even from among people living 30 km away. If you had given people this chance a hundred years ago, very few of them would have chosen their next-door neighbor as their friend.

Societies are built on symbolic nonsense that is perceived by everyone as “fake” but “sacred.” There are true love and sincere human relationships, but there can be more examples of this in the present than in the past—because everything is real now. The savage human nourished by freedom wipes out all nonsense in the path of intelligence. Friendships, families, neighborly relationships are now built on more real and realistic connections. These concepts are the product of the unintelligent era of humankind. Since the helpless son of man had no ability to comprehend the mysteries of the infinite universe, he chose these concepts as his companions on the path to intelligence. However, as the intelligence develops and freedoms increase, the “sincerity” and “love” of the olden days can be found only in eighteenth-century romance novels.

Let’s take a look at a part of the dialogue between Nasimi and Timur from the film Nasimi:

If a “fearless man” is able to destroy all values—love, friendship, sincerity—he will do so. Freedom continues to drive the “fear of God” out of man’s heart. For this reason, all “values” are being destroyed day by day. This is the evolution of thinking. Evolution is inevitable.

So, Maestro Nasimi’s theory of the “perfect man” is coming true, slowly but surely. The fake connections created by totalitarian societies are helpless in the face of “perfection.” Intelligence will continue to smooth all the rough edges until an ideal sculpture appears. The “true sincerity” created by intelligence will remain.