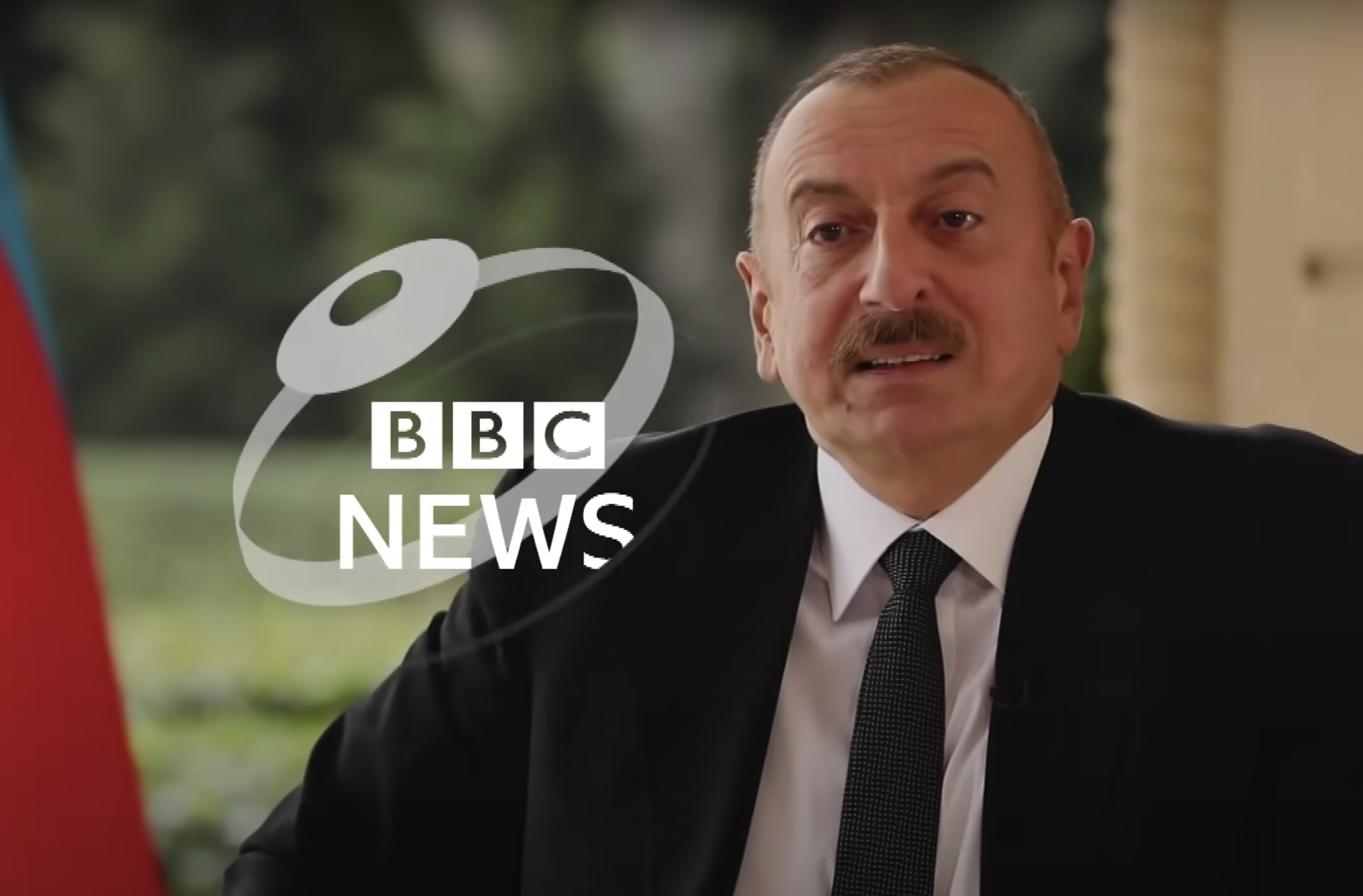 With India facing a severe COVID-19 crisis, Western media has descended upon the country like vultures, trying to photograph every possible funeral to showcase it in the West. From launching drones in the sky to photograph funerals, to selling those pictures for Rs. 23,000 to gain more clicks, the Western media is media shamelessly profiting off India’s misery. Sometimes, they just straight-up use an old fake picture to depict India’s COVID-19 victims. All of these stunts have earned some well-deserved contempt for the western media from Indians.

In this climate, an old video of Azerbaijan President Ilham Aliyev talking to a BBC reporter has gone viral. In this interview dating back to November 2020, the BBC reporter tries to put Aliyev on the spot, asking him about media freedom in Azerbaijan. Instead of being defensive, Aliyev goes on the offensive and asks the reporter point blank, “You think they do not have it? Why do you think that people in Azerbaijan do not have free media and opposition?”

The BBC hadn’t prepared for this moment and it was beautiful. pic.twitter.com/TY859XCSzV

The BBC interviewer then tries to clap back at the Azerbaijani Prez, claiming that multiple independent sources in the country have told her that Azerbaijan has no press freedom. To this, Aliyev demands to be told about these independent sources. When the interviewer refuses to disclose the sources, Aliyev responds coldly, “Oh, if you couldn’t name that means you are just inventing the stories.”

After a spate of accusations from the BBC interviewer about lack of press freedoms, a crackdown on NGOs, critics in jail, etc., Aliyev issues a strong denial and repudiation of the BBC, bringing up the imprisonment of Wikileaks-founder Julian Assange.

“Absolutely fake, absolutely. We have free media, we have free internet. Now, due to martial law, we have some restrictions but before there have been no restrictions. The number of internet users in Azerbaijan is more than 80 percent. Can you imagine the restriction of media in a country where the internet is free, there is no censorship, and there is 80 percent of internet users? We have millions of people on Facebook. How can you say that we don’t have free media? This is again, a biased approach. This is an attempt to create a perception in Western audiences about Azerbaijan. We have opposition, we have NGOs, we have free political activity, we have free media, we have freedom of speech. But if you raise this question, can I ask you also one? How do you assess what happened to Mr. Assange? Isn’t it the reflection of free media in your country?”, said Azerbaijan President Aliyev in the BBC interview.

Aliyev brings up the unjust imprisonment of Wikileak’s Julian Assange, who is still in a British prison, after being dragged out of his Ecuadorian embassy asylum in London two years ago. The United States is seeking Julian Assange’s extradition to try him for conspiring to hack into US military databases to acquire sensitive secret information, which was then published on the Wikileaks website. In other words, the USA wants to prosecute Julian Assange for doing journalism and publishing documents stolen by other people which reveal US war crimes in places like Afghanistan, Iraq, etc. Publishing stolen or leaked information is not a crime, it’s journalism.

Thus, President Aliyev was successfully able to expose the BBC’s hypocrisy of questioning media freedoms about another country, when it is funded by taxpayer’s money from Great Britain, the country currently imprisoning Julian Assange. According to United Nations Special Rapporteur Nils Melzer, Julian Assange has been a victim of injustice, torture, and political persecution at the hand of the British and American governments. Therefore, the West has no “moral right” to criticize not just Azerbaijan, but any other country, whilst they allow and support the obvious persecution of a journalist like Assange.

“In order to accuse me saying that Armenians will not have free media here, let’s talk about Assange. How many years, sorry, how many years he spent in the Ecuadorian embassy, and for what? And where is he now? For the journalistic activity, you kept that person hostage actually killing him morally and physically. You did it, not us. And now he is in prison. So you have no moral right to talk about free media when you do these things,” said President Aliyev, raising the important issue of Assange’s captivity.

This interview from November 2020 has resurfaced because of the obvious contempt towards western, mainstream media which is on the rise. The COVID-19 pandemic also revealed the western media’s unhealthy fetish of linking India’s COVID-19 outbreak with funeral pyres. Several media organizations, be it Washington Post or Reuters, posted pictures of funeral pyres from various places in India to highlight the severity of the pandemic. One of the Washington Post journalists even described a cremation ground’s vertical shot as “stunning”.

Where there are deaths, there are obviously going to be funeral pyres. When the pandemic took its devastating toll on the US, Italy, and other western countries, there were hardly any media organizations that symbolized the outbreak with the images of burial grounds.

This indignity of linking the COVID-19 outbreak with funeral pyres is reserved only for Indians, and it smacks of the West’s envy of India, which was remarkably successful in staving off the initial COVID-19 outbreak when the developed and richer countries of the world were finding it incredibly difficult to control it.