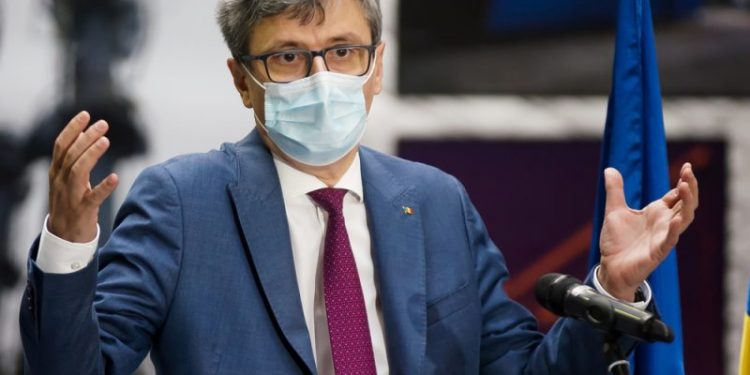 “We are finalising the details of a collaboration in order to diversify the sources, but also to supplement the supply of oil and natural gas for our country,” Popescu wrote on Facebook after meeting with representatives of the Azerbaijani oil and gas company Socar. [Shutterstock/LCV]

Romania is not as dependent on Russian fossil fuels as other European countries, but imports still account for almost one-third of its energy consumption, with Russia covering about a quarter of the natural gas needs and one-third of the oil used in Romanian refineries.

Even before the Russian invasion of Ukraine, energy officials from Romania started to look for alternative suppliers of gas around the Black Sea and Caspian region and in the Middle East, but no deals have been announced so far. Popescu is currently leading a Romanian delegation to the Baku Energy Forum, a conference held in the Azebaijani capital.

“We are finalising the details of a collaboration in order to diversify the sources, but also to supplement the supply of oil and natural gas for our country,” Popescu wrote on Facebook after meeting with representatives of the Azerbaijani oil and gas company Socar.

The minister spoke about the “strong and solid relationship” between Romania and Azerbaijan, mentioning the frequent bilateral contacts. Popescu also said that “the collaboration between the two states in the field of energy is becoming more and more clear,” and mentioned the “willingness to invest in joint projects to strengthen energy security and diversify sources and transport routes.”

But no concrete deals were announced just yet. However, Azerbaijan’s energy minister said the south Caucasian country would increase its gas exports to Europe to more than 10 billion cubic metres (bcm) this year, from the 8.2 billion recorded in 2021.

Azerbaijani Energy Minister Parviz Shahbazov noted that in the short term, the Baku government’s priority is to develop export infrastructure to supply gas to the Balkans.

To receive Azerbaijani gas, but also from other sources, Romania waits for the completion of the Bulgaria-Greece gas interconnector.

The interconnector will become operational on 1 July, but Romania hopes it will be upgraded to five bcm per year compared to the current three so it could reserve a significant capacity.

However, the pipeline will need more powerful compressor stations to reach the extended capacity, and Bulgaria is also negotiating to buy additional quantities from Azerbaijan.