Farhad Mammadov: Iranian President and Foreign Minister are under the influence of IRGC and are afraid of this organization

Iran's verbal threats, military exercises on the border with Azerbaijan, irresponsible statements by its officials against Azerbaijan—this is by no means a complete list of "friendly" gestures from this neighboring country. 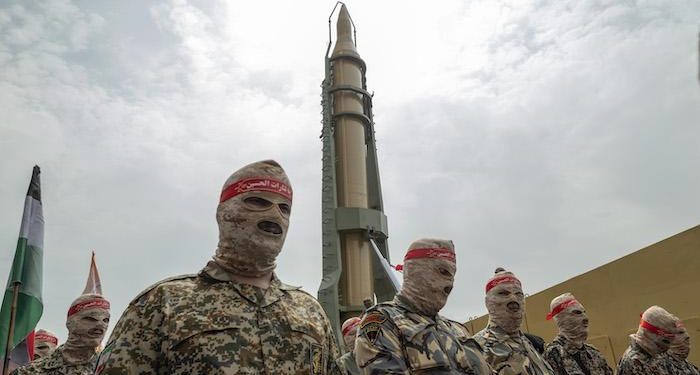 It would seem that the unceasing mass protests in Iran, a logical continuation of the theocratic regime’s crackdown policy, should have forced Tehran to abandon its dirty tricks and insinuations against Azerbaijan in foreign policy and focus on addressing domestic issues. But that did not happen. The mullahs rushed to look for a black “Azerbaijani” cat in a dark “Iranian” room. And while they were chasing their own shadows, an Iranian “turban” decked with spy kits was discovered in Azerbaijan.

As previously reported, the State Security Service of Azerbaijan exposed a large Iranian spy network. Azerbaijani political analyst Farhad Mammadov, Head of the South Caucasus Research Center, comments on this news and a number of other issues related to Iran’s unfriendly behavior.

“A rather unhealthy situation has developed in the relations between Iran and Azerbaijan. And just as in the past, the complication was initiated by Iran, mainly through its groundless statements and threats voiced by officials of this state. I believe that this resurgence of activity on Iran’s part has to do with Russia’s weakening and the limitation of Russian resources in the South Caucasus region. A vacuum has formed, which Tehran seeks to fill. However, in the thirty years of independence of the three countries of the region Iran has not been able to form a strategic resource in political, economic, humanitarian or military fields. Therefore, we are witnessing a hastily initiated clumsy attempt to gain more weight in the region. At the same time, I would like to note that Iran’s increased activity can be seen not only in its relations with Azerbaijan, but also with Armenia and Georgia,” he said.

In this context, the political analyst recalled that a few days ago the so-called “foreign ministers” of Abkhazia and South Ossetia had visited the Iranian Embassy in Moscow.

“And this move, although it has not been widely publicized, is one of the elements of Iran’s destructive influence in the region. One cannot support the 3+3 format initiative and meet with representatives of the separatist entities in the territory of Georgia. This is the disingenuousness of Iranian diplomacy in a nutshell,” said Farhad Mammadov.

According to Mammadov, the results of “Iranian diplomacy” have led to a situation where this state has no allies except terrorist organizations in other countries of the world, parallel armies that Iran has created in its neighborhood.

“Under such circumstances, Tehran must understand that if one neighboring country is attacked, other neighbors will not remain indifferent. We have witnessed how Tehran started to escalate the situation and then ended it. Therefore, I believe that if Iran reconsiders its information policy towards our country, Azerbaijan will also take appropriate steps,” the political scientist stressed.

Touching upon Iran’s internal problems, Mammadov noted that “they force the country’s leadership to divert attention by painting a picture of a ‘defending fortress surrounded by ‘enemies’ on all sides”.

“This is a form of consolidation familiar to us from our other neighbor, but we must consider the fact that Iran is going through a crisis of governance. The configuration system that was built after the Islamic Revolution has become skewed. The group of the IRGC (Islamic Revolutionary Guards Corps) generals, who have recently gained military and economic strength, are dictating their own terms. Both the Iranian president and foreign minister are now under the IRGC’s influence and are afraid of it. When they interact with their partners abroad, they have virtually no authority, and even if they do make some promises, the IRGC can act in a completely different direction. And this crisis of governance leads to the kind of adverse consequences the Iranian state is experiencing now. Because there is uncertainty with the West, despite promising progress on the nuclear deal, relations with neighbors are damaged. That is, diplomacy must build relationships and solve problems,” he noted.

As for the report about the exposure of the Iranian spy network by the State Security Service of Azerbaijan, the political analyst, who recalled that this was not the first operation to expose the agents of the southern neighbor, believes that “this is a message to Iran”. According to him, Azerbaijan has always taken and continues to take decisive measures to eliminate threats to its national security. Azerbaijan has allies and partners who will support the position of official Baku both in word and deed. Iran should weigh the consequences of its destructive position towards Azerbaijan, Farhad Mammadov concluded.