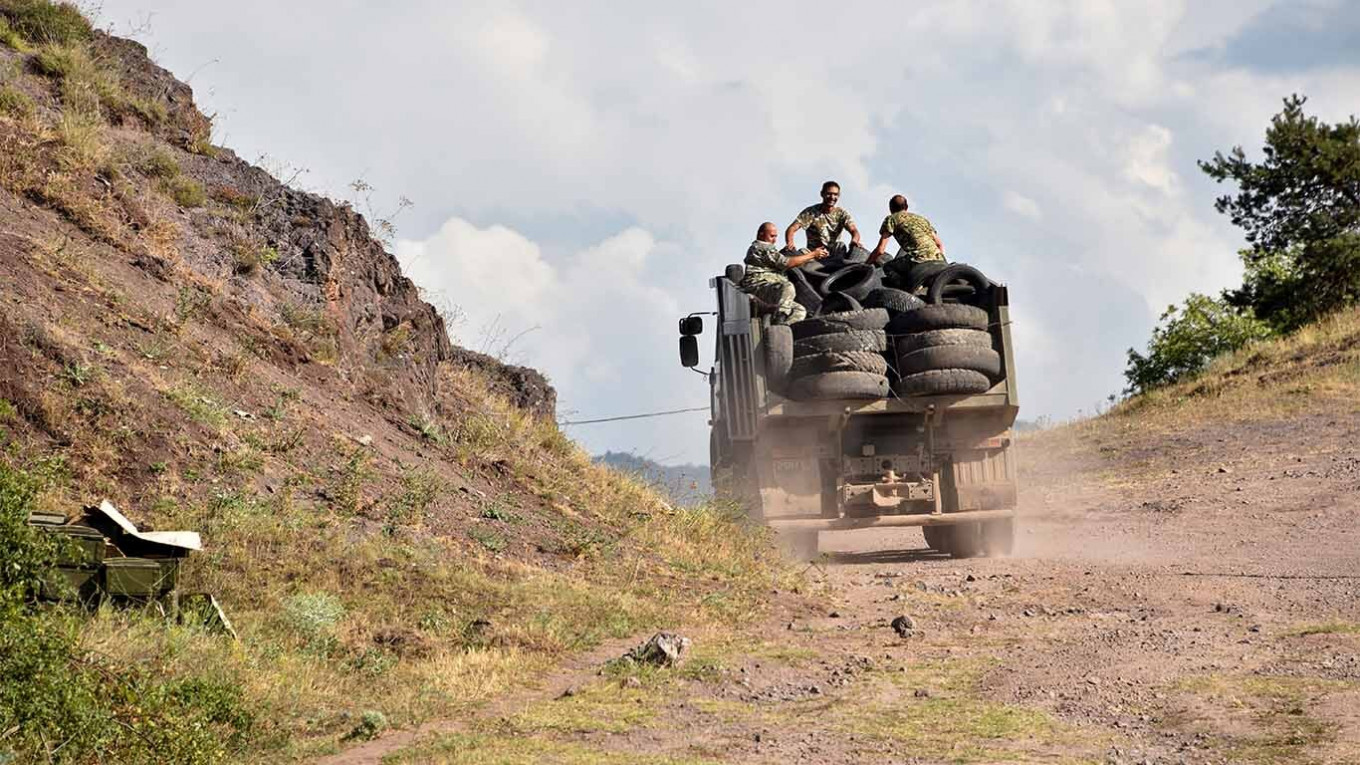 In addressing the participants, he rejected rumors about the so-called Zangezur corridor (which would stretch across Armenia’s southern Syunik region, linking mainland Azerbaijan and its Nakhchivan exclave), asserting “Armenia has never and will never discuss a corridor” (Armenpress.am, May 17). His government has, indeed, denied claims about the planned establishment of a Zangezur corridor from the outset of the post-war negotiations. All along, Yerevan has stressed that the word “corridor” does not exist in the trilateral (Azerbaijan, Armenia, Russia) November 9, 2020, ceasefire document when referring to Armenia’s Syunik region, and it is not the subject of any ongoing talks (Armenpress.com, March 9).

That said, the Armenian government does not oppose the idea of establishing an east-west railway via the Syunik region, connecting mainland Azerbaijan and Nakhchivan (see EDM, April 5). On May 19, at a government meeting, acting Prime Minister Pashinian confirmed this. “According to the existing agreements, Armenia will receive a railway connection with Iran and Russia [via the Azerbaijani territories]. Of course, Azerbaijan also receives a railway connection with Nakhchivan,” he said, adding, “I want to reiterate that the opening of regional communications is not only acceptable for Armenia but also an important priority for us” (News.am, May 19).

He, however, rejected the interpretation of the railway connection between mainland Azerbaijan and Nakhchivan as a “corridor,” which would imply that the sovereignty of Armenia over the land passage would be ceded to a third party (Arminfo.info, News.am, May 19). For the first time since the signing of the trilateral ceasefire deal, Pashinian announced that Armenia expects the railway to be used only for cargo transit—at least until “a general settlement of the situation” is achieved, after which it would be possible “to discuss the issue of passenger transportation in these directions” (News.am, May 19).

The Azerbaijani government, on the other hand, insists on the opening of the Zangezur corridor but has yet to publicly define what specific form this should take and if (and how) this would be different from a railway connection controlled by Russian Federal Security Service (FSB) border guards, as defined by Article 9 of the November 2020 ceasefire deal (Jam-news, April 21). It is important to recall that the ceasefire deal does not only mention the reopening of a railway between mainland Azerbaijan and Nakhchivan but also directly references “transport links” for the “movement of citizens, vehicles and goods in both directions”—which implies more than just railways for shipping cargo (President.az, November 10, 2020). Hence, Azerbaijan also plans to pave a highway to Nakhchivan through the Syunik region, which is apparently rejected by the Armenian government (Arminfo.info, April 19; Jam-news, Arka.am, April 21).

Such disagreements between the two sides regarding the implementation of the trilateral ceasefire deal were further exacerbated by recent border tensions, whereby Armenia accused Azerbaijan of deploying troops to the Armenian side of the border, which Baku denied. The First Karabakh War and its aftermath prevented the two neighbors from fully delimiting their border since achieving independence (see EDM, May 18). Moscow, as the guarantor of last year’s post-war ceasefire arrangement and the supporter of unblocking regional transportation and communication channels, has sought to mediate between Baku and Yerevan to help them come to terms with their the pressing conflictual issues. This effort was most visible during Russian Foreign Minister Sergei Lavrov’s visits to Yerevan (May 5–6) and Baku (May 10–11). Just prior to Lavrov’s arrival to the region, Baku released three more Armenian service members, who were disarmed in Karabakh after the signing of the ceasefire last November (Azernews, May 5).

In the course of his trips to the two conflicting capitals, Lavrov attached great importance to the rapid resolution of the bilateral humanitarian issues without preconditions. “I mean both the return of bodies of those killed, and information on the fate of those missing in action, the return of war prisoners and settling the problems related to the so-called material war remnants—in this case, the mines,” he stated in the press conference with his Azerbaijani counterpart in Baku on May 11 (TASS, May 11). Amid the recent anxieties around the border, Russia likewise offered to help both sides reach a diplomatic solution and refused Armenia’s calls to invoke the security mechanism of the Collective Security Treaty Organization (CSTO). Following the CSTO ministerial meeting in Tajikistan on May 19, Lavrov said Moscow had proposed setting up a joint Armenian-Azerbaijani border commission, with Russia possibly participating as a “consultant” or “mediator” (Azatutyun.am, May 19).

The reaction of Russia and the CSTO has not satisfied Armenia. Speaking at a government meeting on May 19, Pashinian did not conceal his disappointment with the sluggish response of the CSTO to Yerevan’s complaints about the alleged incursion of Azerbaijani armed forces onto Armenian territories, adding, “the CSTO has the security tools and the Armenian side will continue making constant efforts [to put] them into operation” (Armenpress, May 19). He opposed calls for delimitation and demarcation negotiations (and, as such, seemingly also rejected Russia’s border commission proposal), calling them “inappropriate” at this time. As he reiterated, “The Azerbaijani Armed Forces must leave the sovereign territory of Armenia”—thus, further challenging the prospects of a diplomatic resolution to the dispute as well as Russia’s mediating role (News.am, May 19).

And yet, a day after this statement, Pashinian, to the surprise of most observers, confirmed previously leaked information that he was readying to sign a document developed during negotiations with Azerbaijan and Russia (Armeniasputnik.am, May 20). According to the leaked copy of the document, the three sides are planning to establish an international commission to diplomatically settle the demarcation process between Armenia and Azerbaijan. The commission, according to Pashinian, is supposed to resolve the Azerbaijani-Armenian border disputes in line with the interstate borders that existed during the Soviet period (Armeniasputnik.am, May 20). If signed, this document would serve as another step in reducing tensions along the Yerevan-Baku axis, facilitating a more cooperative atmosphere for other issues, including the reopening of local trans-border transportation links. That said, it is unclear when (or even if) this document will actually be signed, as there is no consensus inside the Armenian government or within wider society about how and under what conditions such a commission should be established (Armenpress.am, May 21).