The conversation also turned to the ongoing conflict over Nagorno-Karabakh, in which Israel has expressed support for the the territorial integrity of Azerbaijan. 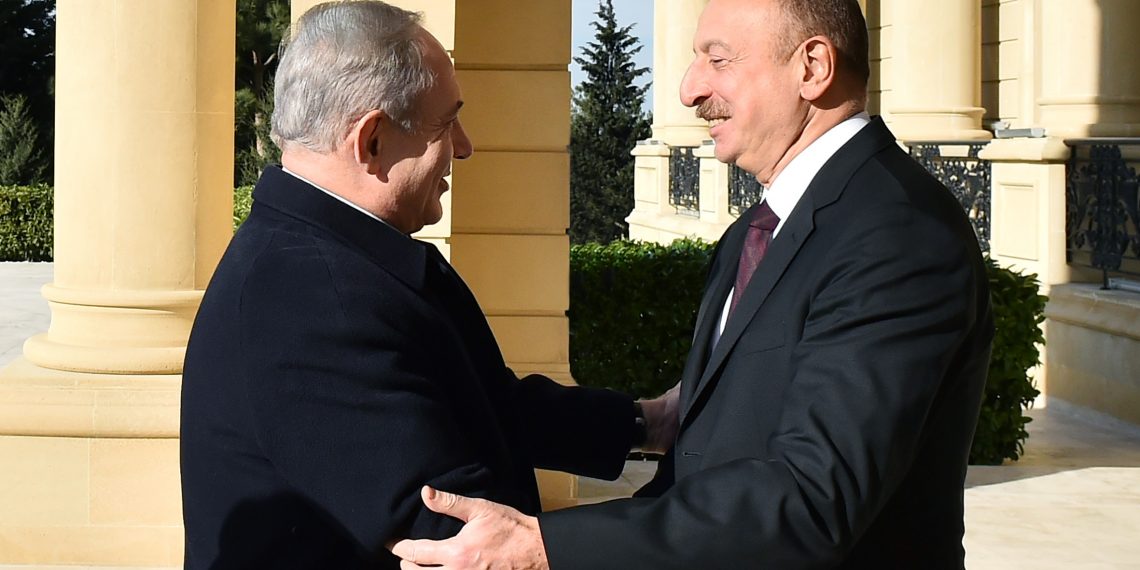 Azerbaijani President Ilham Aliyev said in a discussion with The Nizami Ganjavi International Center on Thursday that his country has full access to sophisticated Israeli weaponry when commenting on the strong ties between Israel and Azerbaijan, as highlighted in a press release.

The discussion, which featured a number of former presidents, prime ministers, high-ranking officials, prominent political figures, diplomats and political scientists, was based on the theme of “The South Caucasus: Regional Development and Prospective for Cooperation.”

When asked by former Director of the Anti-Defamation League Abraham Foxman about the status of Azerbaijani-Israeli relations amid fighting between the IDF and terrorist organizations in Gaza, President Aliyev said that relations are strong and that cooperation between the two countries is growing in a number of areas.

“Answering the question about our relations with Israel, I want to say that our relations are very diverse. We are active trading partners, and the volume of our trade is increasing … One of the important areas of our cooperation is the defense industry. This collaboration has been going on for many years. It is no secret that Azerbaijan has full access to Israeli defense industry products. Right now, we are already at the stage of new progress in this area,” President Aliyev said.

President Aliyev also noted that tourism between the two countries is increasing, leading to daily flights and mutual trips being carried out by citizens of both countries. The Azerbaijani President further noted the importance of the country’s Jewish community in building Azerbaijan-Israel ties, their comfort and acceptance in Azerbaijani society and the support communal institutions receive from the state.

“Another promising area of our interaction is agriculture. As you know, Israel has managed to create the world’s developed agricultural industry in extremely difficult climatic conditions. This is a very good example for us, and we can use this technology both in the liberated territories and in the country as a whole,” President Aliyev said.

The conversation also turned to the ongoing conflict between Azerbaijan and Armenia over the region of Nagorno-Karabakh, in which Israel has expressed support for the the territorial integrity of Azerbaijan.

Armed low-cost drones, made by Turkey, reshape battlefields and geopolitics

The militarisation of the Caspian Sea

Poland is the first country in NATO to buy Turkish drones