Yisrael Beytenu leader Avigdor Lieberman is said to use his personal contacts in the Muslim nation to secure contracts ensuring the supply of viral raw materials, such as wheat, oil and urea, to Israel. Regular supplies have been disrupted over the Russia-Ukraine war. 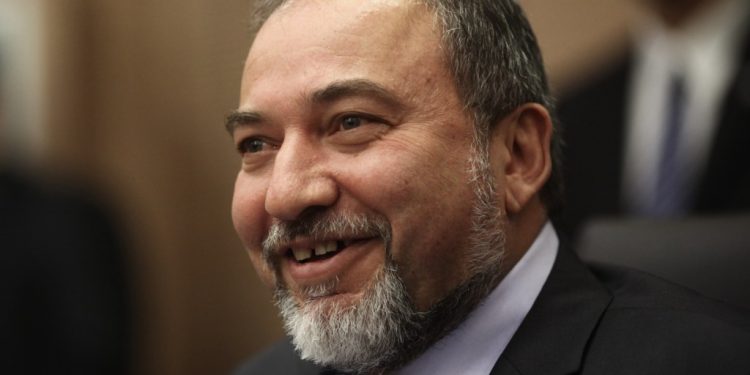 Finance Minister Avigdor Lieberman is scheduled to fly to Azerbaijan on Sunday where he is expected to sign contracts ensuring the supply of viral raw materials, such as wheat, oil and urea – a supplement to diesel engines.

The move follows stalled supplies from Russia and Ukraine over the war waging between the two.

Lieberman is said to be using his personal ties in Azerbaijan – a Muslim nation – to secure the contracts for Israel.

Azerbaijan is courted by EU countries looking for Russian oil and gas substitutes. It presents a viable alternative due to the fact that its oil and gas pipelines reach Turkey and Italy.

If the agreement for the supply of oil to Israel is signed, oil will be pumped through the Baku–Tbilisi–Ceyhan pipeline. This 1,768 kilometers- (1,100 mile-) long crude oil pipeline stretches from the Azeri–Chirag–Gunashli oil field in the Caspian Sea to the Mediterranean Sea. It connects Baku, the capital of Azerbaijan and Ceyhan, a port on the southeastern Mediterranean coast of Turkey, via Tbilisi, the capital of Georgia.

Israel has excellent relations with Azerbaijan, and this has important security and policy implications. The former is a Shiite Muslim country, where tens of thousands of Jews live. During the era of the Soviet Union, it was one of the few USSR nations where Jews were not persecuted.

While Israeli reserves of vital materials imported from Russia and Ukraine are believed to be solid, they can only stretch so far. With the crisis showing no signs of ebbing, Lieberman has taken it upon himself to personally guarantee supplies are able meet demand.

“I doubt there is any wheat left in Israel’s emergency stores,” a senior industry official said. “We’ve pretty much exhausted them and with no way to import wheat from Ukraine, we need to find alternative sources.

“One main supplies stall and there is a global shortage, the only way to become a priority target market is to use personal contacts,” he explained. “Otherwise, there’s no reason for Israel to received goods first.”

The Azeri agriculture industry is highly developed and constitutes about a third of the country’s agricultural GDP. To date, Israel has not had maintained significant trade ties with Azerbaijan but that has been slowly changing: in 2020 the volume of bilateral trade amounted to about $218 million, an increase of about 80% compared to 2019. For comparison, the volume of trade between Israel to Russia in 2020 stood at over $2 billion.