Fostering multiculturalism in a troubled world

A “unique” new documentary seeks to highlight Azerbaijani success in promoting multiculturalism. At a screening in Brussels, the director said the message it conveys is, with conflicts raging in various parts of the world, particularly timely. 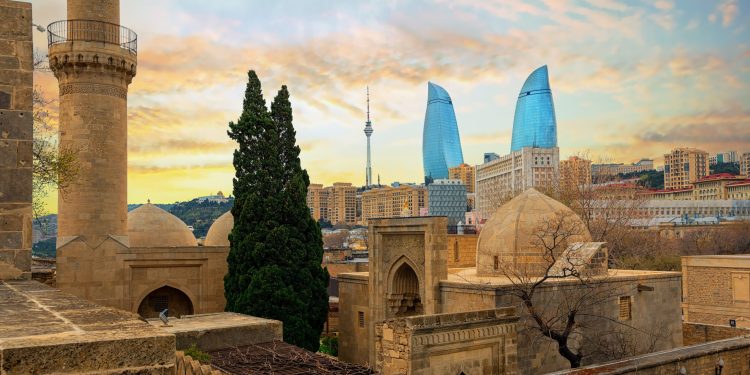 The short film on Christian heritage and multiculturalism in the central Asian state has been hailed as a “model” for others to follow.

Vaqif Sadiqov, Azerbaijan ambassador the EU who was among a packed audience at the screening, told this website, “It is very important to demonstrate the success my country has had in fostering good relations between everyone, irrespective of their faith or religion and this film makes an excellent contribution to that.”

The documentary was directed by a well-known Azerbaijani TV journalist, Anastasia Lavrina, an ethnic Russian who grew up in Azerbaijan.

She told EU Reporter the film “shows how Azerbaijan is a model of multiculturalism and how different ethnic groups can peacefully co-exist.”

Premiered in Azerbaijan last year, it was the first time the film had been shown in Brussels and the audience included representatives from the EU institutions as well as the Azerbaijan community in Belgium.

Lavrina said she also wanted the film to “dispel certain stereotypes” about her country, including what she called attempts by its neighbour Armenia to discredit Azerbaijan.

“Attempts were made, for example, to portray the conflict with Armenia as a conflict between Christians and Muslims but this is simply incorrect,” she said.

Azerbaijan is an overwhelmingly Muslim country but, the film states, its Christian heritage and culture is of equal importance.

“I might just add that there are 30,000 ethnic Armenians living in Azerbaijan today and they live perfectly peacefully.”

Lavrina has, since 2019, been a presenter and host on CBC TV, the first and so far only international television channel in Azerbaijan.  It also broadcasts in Russia and to viewers worldwide, including in Europe.

She is also vice chair of the country’s Russian Community, a grouping that she said seeks to unite ethnic Russians in Azerbaijan.

Describing the film as “unique”, she added, “Our model of multiculturalism is also unique. I have lived all my life in a multicultural society where everyone, whether they are ethnic Russian, Tartar, Jews, Muslim or Christian, can live peacefully together. We are one people who just want to enjoy life.”

Lavrina cited the health pandemic as another example of Azerbaijan effort to foster good multi-faith relations.

“In some countries, including Europe, we saw nationalism over the vaccine roll out but, in Azerbaijan, it was all about helping each other,” she said.

The film highlights the ongoing efforts by Azerbaijan to restore religious shrines and churches which, the documentary states, were “damaged or destroyed” during the conflict with Armenia.

It focused on a Russian Orthodox church which was still perfectly intact as recently as 1992 but which had since been badly damaged during the conflict with Armenia. It is now, like other such places, being slowly restored.

Speaking after the screening, Sadiqov said he was “impressed and moved” by the documentary, saying the message it conveyed could serve as a “model for others.”

The ambassador told this site, “We do foster multiculturalism. Baku, our capital, is a good example of this. The city has Orthodox, Lutheran and Catholic churches, plus mosques and all are fully functioning places of worship. We do not have a Shia or Sunni mosques, just mosques, and Arabic is not the language used in mosques but Azerbaijani.

“Many people in Europe and elsewhere are probably unaware of this but it is important to highlight it and that is one of the things this excellent documentary does.

“Multiculturalism is a very important of state policy in our country and this is crucial, not least when you look around the world and see right now so much conflict. I just thank God that we in Azerbaijan have managed to preserve this level of multiculturalism.”

The country has a population of just over 10m of which an estimated  94 per cent are Muslim, he said, adding, “But all religions are treated exactly the same. When I was at school, half the class was Azerbaijan and the other half were other nationalities and faiths but we did not think anything of this.”

He added, “This multiculturalism is part of my country’s DNA and we are very proud of that.”

The event was organised by Sustainable Value Hub, a Brussels-based group.