France is the evil for Azerbaijan

Director of the Azerbaijani Centre for Studies of the South Caucasus, political analyst Farhad Mammadov has commented on the statements of French President Emmanuel Macron regarding the latest escalation between Azerbaijan and Armenia in his Telegram channel. 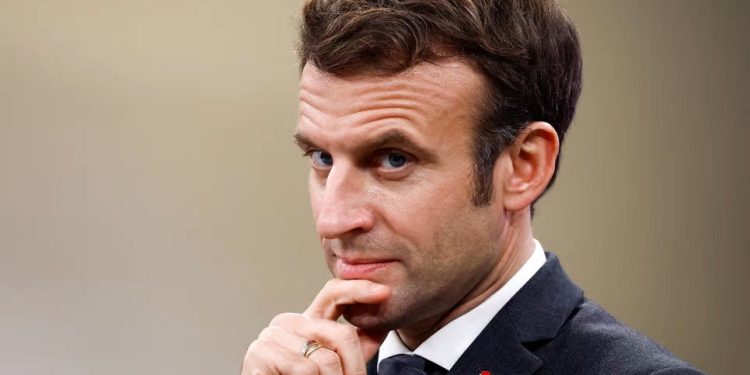 “The President of France went on the offensive against Russia in the fight for Armenia. Macron’s statement is based on information from Pashinyan and is aimed at strengthening Pashinyan’s position in his pro-Western tilt in foreign policy.

Macron has information that Russia is seeking to resume its mediation activity. The frank anti-Russian demarche serves to give courage to the Armenian leadership in front of the Russian president.

France and the United States are not entirely confident in Pashinyan, so they make statements and actions in an emergency mode. This, in turn, lowers the level of confidence in France on the part of Azerbaijan – we can say that it is equal to zero.

France is the evil for Azerbaijan and its activity in the region should be localized within Armenia.

The Armenian government is taking steps that lead to the fact that Armenia is turning into a confrontation ground. The parallel work of the EU and CSTO missions in Armenia can lead to irreversible consequences for the Armenian leadership.

This period – the next two months, can lead the region both to peace and to confrontation in Armenia itself.

Azerbaijan is showing an example of strategic patience and full participation in various negotiation platforms, while simultaneously strengthening its position on the ground.

The Frenchman can say whatever he wants… it is taken into consideration, but not considered when making decisions. Let me remind you that after the 44-day war, the French Senate adopted a resolution calling on the government to recognize the “NKR” – this became an element of blackmail so that Azerbaijan would not leave the format of the OSCE Minsk Group… What happened as a result? The OSCE Minsk Group exists de jure, but not de facto – this was also confirmed by Klaar…

The same is being done now – another Senate resolution calling on the government to apply sanctions against Azerbaijan in order to use it as pressure on Azerbaijan.

Well, on this topic, France will stuck in dillemma…, – Farhad Mammadov wrote.