The Baku-Tbilisi-Kars Railway (BTK) – a massive project that kicked off in 2017 connecting Turkey, Georgia and Azerbaijan plus Europe to Central Asia and China – is set to transport more goods each year thanks to the Kars Logistics Center in eastern Turkey, according to an official. 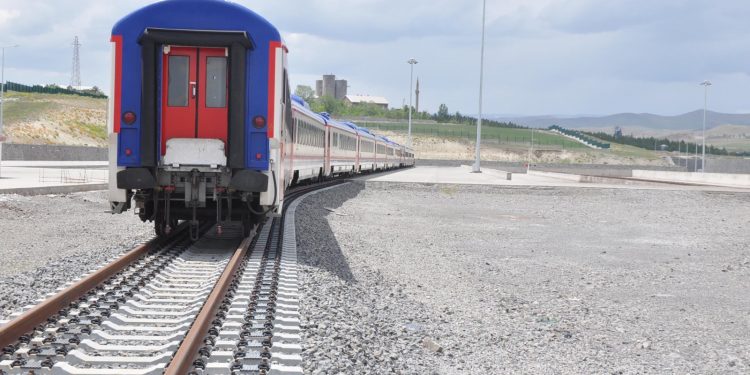 The 829-kilometer (515-mile) railway line, extending from Baku to Kars, complements a major part of the Middle Corridor with the Caspian Pass line and is expected to open to international passenger transportation as well.

The ruling Justice and Development Party’s (AK Party) Kars deputy, Ahmet Arslan, stated that the customs clearance of all trains coming from Central Asia via Georgia and going to Central Asia via Turkey will be done at the Kars Logistics Center.

“The BTK will carry out freight transport exponentially every year from now on. Our Ministry of Transport and Infrastructure is making preparations. I hope it will start international passenger transportation as well,” he said.

Arslan was speaking at the 18th Regional Directorate of Highways where he said that the Kars Logistics Center began serving trains as of May 21.

Stating that all customs clearance procedures will now be carried out at the center, Arslan said, “Whether it is the trains coming from Central Asia to Turkey via Georgia or the trains coming from the west through Turkey and going to Central Asia, the customs clearance procedures of all these trains will be carried out at the Kars Logistics Center.”

Noting that the Kars Logistics Center will further benefit the railway project, Arslan said, “Today, I would like to express with pleasure that since the day it was opened, (the BTK) has served approximately 900 trains and 1 million tons of cargo.”

“Another satisfaction for us is that the number of cargo doubles every year and this year it has serviced approximately 230 trains and 260,000 tons of cargo in the first five months,” he said while commenting that the BTK should set a record.

Arslan emphasized that the project came to the rescue of almost everyone in an environment where international transits and transporters were restricted during the COVID-19 pandemic.

Underlining that the BTK fulfilled a very important function at a time when the country’s exports broke records, Arslan said: “When Kars becomes such a center, the logistics center will fulfill a much more important function.”

Arslan stated that with the completion of the second phase of the Kars Logistics Center, thousands of people will be employed.

“The major part of the employment will be created then,” the deputy added.

“As a country that prioritizes logistics, we are developing the logistics sector. The Kars Logistics Center will grow and develop gradually based on this vision. It will be able to serve not only Kars but also our country and the countries of the region.”

Turkey has in recent years invested heavily in railway projects as well as logistics centers. It is working to connect those centers and ports to organized industrial zones (OIZ) with railway routes.

Being a strategic country located between Europe and Asia, Istanbul’s subsea tunnel, the Marmaray, allowed a total of 845 freight trains to pass through last year with the tube enabling uninterrupted rail transport between Asia and Europe.

Also known as the “Iron Silk Road,” the BTK trains, the international trains coming from the Middle Corridor continuing to Europe and all export trains sent from the Thrace region to the Middle East pass through the tunnel between midnight and 5 a.m. when passenger transportation is paused.

The first transit train from China to Europe, using the Middle Corridor and the BTK, was a Chinese export train that reached Turkey in 12 days and reached Prague via the Marmaray with a total travel time of 18 days.

Turkey this January sent off two export trains, one headed to Russia and the other to China, using the BTK railway from the capital Ankara. The train to Russia was the first block train to use the route while the second one, which was carrying boron containers, was the third China-bound freight train. 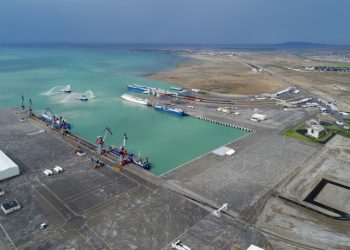 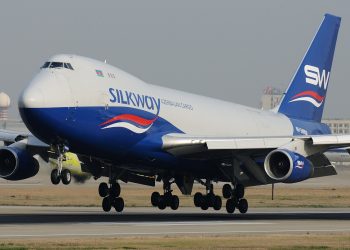 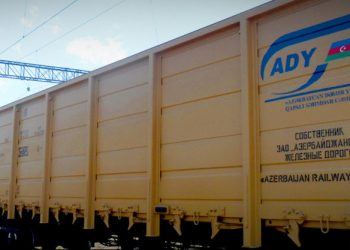 More cargo between Europe-Azerbaijan through Turkey 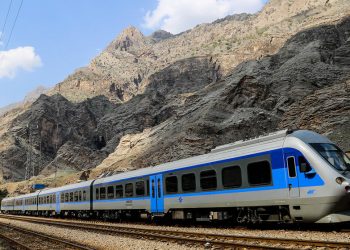 Iran and South Caucasus Railway Connections after the Nagorno-Karabakh War 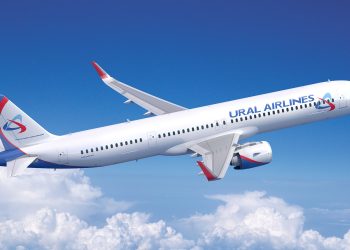 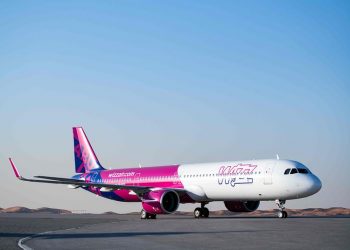