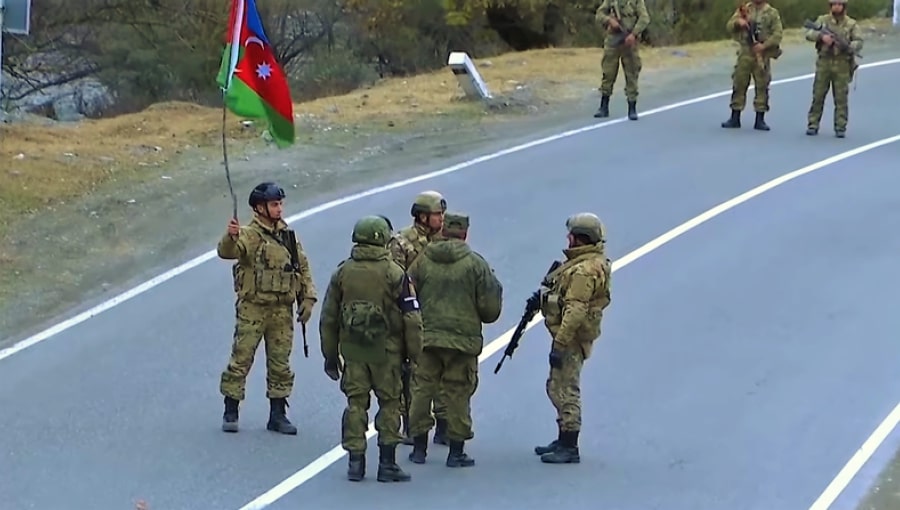 Going even deeper, the foundation of these problems was laid in the XVIII-XIX centuries. During that period, the world faced new historical processes.

Naturally, in this case, even the most vulnerable and strategic region of the world had the opportunity to get acquainted with the new conditions. It shouldn’t be forgotten that the ethnic mosaic of the region was very diverse: Estonians, Latvians, Lithuanians, Ukrainians, Belarusians, Moldovans, Georgians, Azerbaijanis, Armenians, peoples of Central Asia, and many others. The historical territories of the aforementioned peoples often became the arena for the struggle of the hegemonic states.

It is useful to emphasize that the aforementioned peoples have formed their own independent and great states. The Azerbaijani state of the Safavids, the Teimurid empire, the Kartli-Kakhetian kingdom, the independent Ataman Cossack state united by hetman Bogdan Khmelnitsky in Ukraine, the Moldavian principality, the Belarusian Polotsk principality, the Grand Duchy of Lithuania, the Livonian Confederation in Latvia, etc. could act as an independent state, but later internal strife, as well as the inability to keep up with the existing socio-political processes led to weakening.

The mentioned states, which once and for all left the stage of history, since the 19th century has become the arena for the struggle of major powers – tsarist Russia, Austria-Hungary, the Ottoman, and Iranian empires. As a result, tsarist Russia, which possessed relative military-political superiority and cultural diversity, gained control over the region. But centuries of enslavement could not destroy the traditions of the statehood of peoples. A striking example of this is the independent republics formed as a result of the overthrow of the king.

As if it was not enough that Russia and Iran divided Azerbaijan, so also the resettlement of Armenians to Azerbaijani territories created fertile ground for discord between peoples, in a word, played the role of a mine for the future. Armenians insist that they have been living in Karabakh for many years.

But what do the facts say? The monument “Maragha – 150”, erected by the Armenians on the occasion of their arrival in Karabakh, shows the naked truth. Since the beginning of the XIX century, tens of thousands of Armenians from Iran and Turkey were moved to the mountainous part of the Karabakh region of Azerbaijan.

The 15th article of the Turkmenchay agreement signed between Russia and Iran on February 10, 1828, also says this. Let’s go back to the monument “Maragha – 150”. The monument “Maragha – 150” in the Shikharh settlement of the Terter region of Azerbaijan was erected by the Armenians in 1978 in connection with the 150th anniversary of the resettlement of the first 200 families from the Iranian city of Maragha to Karabakh. The monument was destroyed in 1991 by the Armenians themselves. The fear of the truth is obvious. All these are clear, and we also should note that at the initial stage, within the limits of tsarist Russia, the peoples had a common peaceful coexistence. Here both Russian culture and education have played their role.

The Soviet Union sought to divert attention from the main issues, covering up the problems left over from the tsarist period. But as soon as the world changed, the darkness cleared up. Although the empire collapsed, it bequeathed to its allies such conflicts as Nagorno-Karabakh, Transnistria, South Ossetia, and Abkhazia.

The successors of the USSR could not stand it and additionally created hotbeds of conflict in Ukraine, annexed Crimea. The pandemic also proved that international organizations cannot demonstrate an adequate position on what is happening in the world. It is enough if we highlight the inequitable distribution of vaccines…

The United Nations Organization (UN), where for 30 years Armenia ignores the resolutions related to the occupation of Azerbaijani territories, plays the role of the clerk office of the international ruling powers. And the oppressed peoples with trampled rights are left with statements and resolutions. They only play a comforting role. As Alexander Solzhenitsyn said, the UN is still an organization of the united states, from where the voice of the peoples is still not heard. The OSCE Minsk Group, which has been responsible for resolving the conflict for 30 years, has achieved nothing but a weak image in resolving the issue. And Azerbaijan itself took action. Azerbaijan, which started the Patriotic War on September 27, 2020, proved to the world that no matter how many cold streams the region experiences from the north, practical work can melt the ice and resolve the conflict.

Key to the Karabakh lock: national unity and will

30 years of occupation could not last forever, more than 1 million refugees and internally displaced persons could not remain in this status forever. It is useful to focus on the results of Azerbaijan’s 44-day Patriotic War. Yes, Azerbaijan put an end to the occupation, and the conflict has partially ended. Russia at the very last moment took on a defensive mission, creating a buffer zone between the peoples, sending its peacekeeping forces to the region. Along with this, the myth of the “victorious Armenian army” was dispelled. It became clear that the levers of influence of the Armenian lobby, whose hands almost reached heaven, did not work, not all superpowers were Armenians at all. There is also an informational side of the issue, the President of Azerbaijan, Supreme Commander-in-Chief of the Armed Forces Ilham Aliyev, giving interviews to more than 30 world media outlets for 44 days, once again put the opposite side face to face with irrefutable facts and once again reminded of his guarantee in connection with coexistence that he has been talking about for years. However, instead of a bloodless solution to the conflict, the Armenian leadership stubbornly resorted to provocations, preferred the option of war, even at the cost of the blood of its own youth.

The most interesting logical sequence manifested itself here as well. Thus, the countries suffering from the same problem (separatism and occupation) – Pakistan (Kashmir), Ukraine (Donbass, Crimea), Georgia (Abkhazia and South Ossetia), Moldova (Transnistria), Turkey (face to face with the PKK and other terrorist organizations) expressed support to Azerbaijan. Karabakh has already been liberated from occupation. We hope that Armenia, which has already become a Caucasian country, and its leadership will draw the right conclusions from this for the peace, for the economic prosperity of the Armenian people in the future. Because for 30 years the Azerbaijani lands were occupied, and the Armenian people for this reason found themselves on the sidelines of the economic development of the region.

Concerning the ongoing conflicts in the former Soviet area, such as Abkhazia and South Ossetia, Transnistria and Donbass, we hope that the major world powers, which are the guarantors of international law, in particular the OSCE Minsk Group, which loves to discuss more than take concrete steps, will finally conclude. Because the mechanism that put an end to the Karabakh occupation is also an incentive for the countries experiencing this conflict. We are not yet saying that in the 21st century, people’s patience for such encroachments has become much less…

Refer to: (https://mfa.gov.az/files/shares /Treaty%20of%20Turkmenchay.pdf) and documents of the National Archives of Georgia