Everyone in the former Soviet Union has long become accustomed to Vladimir Zhirinovsky, the LDPR leader, often referred to as "the mouthpiece of the Kremlin," occasionally coming out with "unconventional" populist statements. 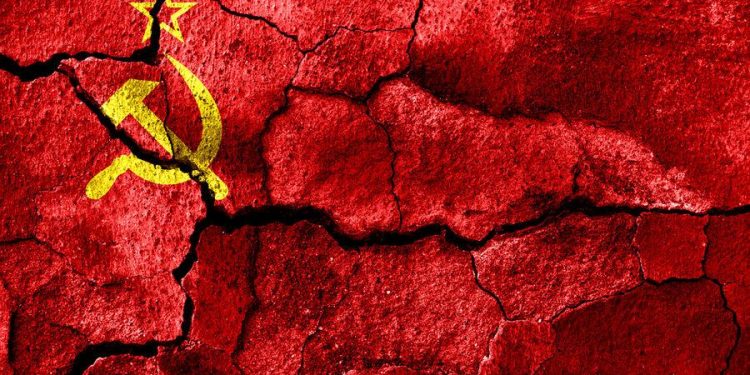 It usually happens just before or during important political events in the former Soviet Union. Not surprisingly, Vladimir Volfovich did not overlook the protests in Kazakhstan either, where, incidentally, he was born and went to school in Almaty.

Observing the events in Kazakhstan, the “father of Russian liberal democracy” spewed yet another portion of his trademark wild rant in an interview to Radio – KP. He said that Kazakhstan was an “artificial fragile state,” that almost the entire territory of Kazakhstan used to be Russian territories, that the country could fall apart into two parts: the south for the Kazakhs, the north—back to Russia.

As we can see, Zhirinovsky is talking about the possibility of annexing the north of Kazakhstan to Russia. According to his reasoning, the Russians in Kazakhstan are “in an appalling enclosure”, and as a result, most of them have already left the country. He further recalled that at one time the city of Almaty was called Verny and was considered an outpost of Tsarist Russia in Asia.

That was not the end of Zhirinovsky’s peculiar, ugly interpretation of the history of the Kazakhs and Kazakhstan.

Zhirinovsky also expressed his nostalgia for the Soviet times, when you could study Kazakh as an elective language, whereas now Russians in Kazakhstan are forced to study it.

“As I recall, there were almost no Kazakhs in Kazakhstan. There were only Russians on the streets, only Russians in the houses, in a class of 30 students, there were two Kazakhs at most. Stalin gave Tashkent to the Uzbeks and made Alma-Ata the capital of Kazakhstan, although until then it had been called Verny,” the Kremlin clown of a propagandist teared up.

Zirinovsky has always had a reputation as an ardent Islamophobe and Turkophobe. I don’t know what Turkish brothers did to him in a holding cell in Iskenderun, where he was arrested in 1969, but Eidelstein-Zhirinovsky held one hell of a grudge and continues to live with it to this day. So, all this happening now with the Kazakhs, a Turkic people, is a godsend for him. How can he not let his imagination run wild? All the more so since it is fueled by the Kremlin ideologists and their handlers in Russian secret services. God himself tells Zhirinovsky to put on the mantle of a “gatherer of Russian lands”.

By the way, the so-called “idea of the restoration of the Russian domains” has recently been directly or indirectly promoted at various official levels in Russia. For example, on January 7, 2022, after the Christmas night liturgy at the Cathedral of Christ the Savior, Patriarch of Moscow and All Russia Kirill said, referring to the tragic events in Kazakhstan, that all this was happening in the territory of historical Russia.

“The people have clashed in a severe civil conflict, blood is being shed. And this is very close to us, this is happening in the territory of historical Russia, and we cannot therefore remain indifferent to this bloodshed, to these clashes, to this human chaos,” Kirill embraced heresy, putting the fear of God aside.

Another example. MP and head of the Sober Russia movement Biysultan Khamzayev voiced his support of a referendum in Kazakhstan on reunification with Russia.

“Central Asia is a Russian land! There is a discussion online about a possible reunification of Kazakhstan with Russia. My personal position as a citizen of the Russian Federation, regardless of politics and offices is I support the holding of a referendum in Kazakhstan on the reunification of Kazakhstan with its historical homeland, Russia,” Khamzayev posted in his Telegram channel, pointing out that “Kazakhstan is part of great historical Russia, regardless of personal preferences.”

“Kazakhstan is part of the Russian world. Russia is the center of the Turkic world! I’ve always said that. All the peoples who now live in the Turkic countries, including Turkey, originate in Altai ethnically and culturally. No one in the world has done more for the Turkic countries than Russia”, the MP said.

Another instigator, Galina Starovoytova’s creature, Vitaly Milonov, an MP from the ruling United Russia party, who has made multiple illegal trips to Azerbaijan, to the areas under the temporary responsibility of the Russian peacekeepers, is not watching from the sidelines either. This time he rushed to Kazakhstan to pull chestnuts out of the fire, that is, to muddy the waters and demonstrate his “concern” for the Russian-speaking population.

The populist statements of Russian politicians in this case are a wake-up call for Kazakhstan and a cause for serious concern. As is the fact that discussions about the “revival of the Soviet Union” have recently become more frequent in the Russian expert community. Obviously, there is no point in talking about any immediate practical implementation of Russia’s action plan to restore the great Union. However, it is obvious that this idea is gradually being planted into the minds of the masses through the mouths of pro-Kremlin political and religious figures. This is something to think about—not only for the Turkic peoples of the former Soviet Union, but for the Slavic peoples as well. For example, a couple of years ago Vladimir Zhirinovsky argued in the context of the Ukrainian problem that the only way to avoid turmoil in the conflict regions of the former Soviet Union was to reunite all the republics in one country.

“Donbass, Transnistria, Abkhazia, Ossetia, Karabakh are in agony. There is only one solution—the restoration of the country, otherwise this bloodshed and violence will go on for decades to come,” the Russian politician said.

It would also be pertinent to recall his unambiguous appeals regarding Karabakh in September 2020. Zhirinovsky openly and brazenly said that the Karabakh problem could be solved by annexing this territory to Russia.

“Back to Russia! Baku Governorate, Yerevan Governorate and Stepanakert District of Krasnodar Krai. Otherwise, there will be an eternal war and this can end in a disaster,” he said.

As we can see, Zhirinovsky is honestly and diligently working off the State Duma’s treats, following all of the Kremlin’s instructions, especially those regarding the “restoration of Russian domains”. This is all clear and obvious.

But speaking of recent events in Kazakhstan, another detail raises questions. Zhirinovsky started speculating about the possibility of aggravation of the domestic political situation in Kazakhstan as early as in July 2021. It was then that he said that the situation in Central Asia was deteriorating, and even advised Russians to move from Kazakhstan to Russia. We know that at that time the LDPR sent a letter to the Minister of Internal Affairs of the Russian Federation with a request to accelerate the issuance of passports to all Russians in Kazakhstan and other countries of Central Asia, so that this process would not take more than one month.

As we can see, it took only a few months for Kazakhstan to go up in flames. Apparently, these events were planned long ago outside of Kazakhstan, in the offices of those who dream about the revival of the USSR. Yes, some may argue that Zhirinovsky, Kirill, all those Zatulins and Milonovs are not the highest Russian authorities. And yes, we would agree—with one caveat: they voice what the Kremlin thinks but does not want to say out loud. That is, they are a kind of lining between Kremlin and those on whom these thoughts are projected. And them referring to Kazakhstan as a failed state, calling the country’s territory “lands of Ancient Rus” does not come from the minds of these buffoons, but from the minds of their handlers.

Do you know what is the most fascinating part? No, not even the nonsense the Kremlin’s “lining” keeps spewing. The most fascinating part is that the authorities of Kazakhstan disgracefully acknowledged their helplessness by inviting the CSTO troops into the country. That is, they played along with the talking points about the “lands of Rus” fed by the Kremlin and moved the dream of those fantasizing about the “USSR 2.0” closer to reality.