Descendants of the butcher Mirzoyan on their way to “save” Kazakhstan: Do Kazakhs remember those who slaughtered them?

The year 2022 began with some not very pleasant—or rather, very unpleasant events. The protests in Kazakhstan, which seamlessly turned into a mass unrest, literally came as a surprise to the post-Soviet space. 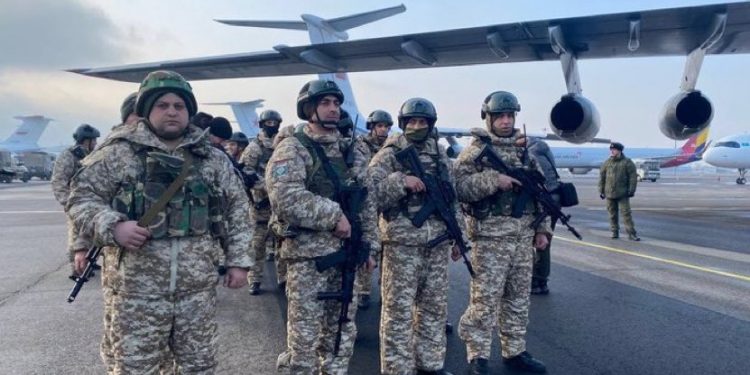 Kazakhstan, until recently considered an island of stability in the Central Asian region, is gripped by chaos, and anarchy is suddenly at the wheel.

As you may recall, the protests began because of the increase in gas prices, but then the protesters’ agenda changed. Although the Kazakh authorities made concessions to the citizens, gas prices were reduced, and the government resigned, the unrest that reigned in the streets of Kazakhstani cities was not stopped. Many Kazakhstani citizens who took to the streets began to express their social and economic discontent in acts of looting and vandalism. As a result, a state of emergency was declared in the country and President Tokayev requested help from the CSTO. A trivial wording became the legal basis for bringing troops of the military alliance in Kazakhstan. Official Nur-Sultan described what was happening in the country as an “invasion of foreign-trained armed gangs”.

The CSTO decided that a peacekeeping force consisting of units from Russia, Belarus, Armenia, Tajikistan and Kyrgyzstan would be sent to Kazakhstan.

It is worth mentioning here that in the eyes of official Baku and the citizens of Azerbaijan, Kazakhstan stands out among other Central Asian countries. Kazakhs have always supported Azerbaijan in the confrontation with Armenia, both peoples consider each other brotherly. And indeed, we have a lot in common: common Turkic roots, a common history as part of the Soviet Union, and the suffering caused to our peoples by the Armenian Dashnaks. Unfortunately, however, not everyone can learn from history, as evidenced by the request of the leadership of Kazakhstan to deploy CSTO troops in the country.

Not so long ago, during the 44-day war in Karabakh, Kazakhstan actively supported Azerbaijan at almost all levels in its efforts to restore its territorial integrity. Of course, the Armenian side did not like that much, especially since Kazakhstan and Armenia are members of such projects as the CSTO and the EEU. Kazakhs were severely criticized in Armenia for this. There were even calls for revenge on social media. And now the Armenian military are entering the territory of Kazakhstan as part of the CSTO troops. For many Azerbaijanis, this situation is reminiscent of the tragedy of Black January, when the Soviet Army entered Baku and several other regions of the republic on Gorbachev’s orders on the night of January 20, 1990 and committed grave crimes against unarmed civilians who took to the streets for a righteous cause. It was only later that the reason behind the cruelty of the Soviet troops became clear: they consisted mainly of reservists from the Rostov Oblast and Krasnodar Krai, that is, regions with large Armenian communities. 131 people were killed and 744 injured in Baku.

Of course, this is the history of Azerbaijan and the Kazakhs don’t have to remember it. But they have their own, no less tragic history, which they definitely should not forget. Not only our people, but the Kazakhs also suffered from the actions of the Armenian Dashnaks, who later expertly changed their colors and became Bolsheviks, at the beginning of the twentieth century. 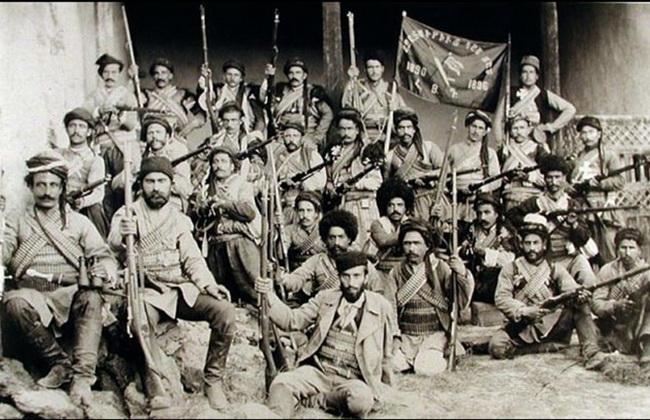 From 1918 until mid-1919, Red Army units composed of Armenians raided Muslim villages in Turkestan under the pretext of fighting the Basmachi and with the aim of requisitioning or looting. At the first congress of the Communist Party of Turkestan in June 1918, the Dashnaks were officially commended for their “participation in the revolutionary movement of the region”. Simultaneously with the congress of the Communist Party of Turkestan, the leadership of Dashnaktsutyun held a congress where it was announced that Armenians should be on the side of the Soviet regime. It was also emphasized that this was the only way the Armenian diaspora in Turkestan could be protected. At the beginning of the civil war, groups of Armenian Dashnaks led the fight against Basmachi in Central Asia. They committed atrocities, executing thousands of innocent people of Turkic origin—Kazakhs, Uzbeks, Kyrgyz, Turkmens, slaughtering even women, children and the elderly. It was the Dashnak ideology aimed exclusively against the Turkic people that underlay these atrocities.

But even in subsequent years Armenians caused a lot of suffering to the Kazakh people. The mastermind behind many bloody crimes in Kazakhstan was the staunch Dashnak Levon Mirzoyan (first secretary of the Kazakh regional party committee in 1933–1938), who had previously drenched Azerbaijan in blood. In Kazakhstan, where the local population was being exterminated en masse, Mirzoyan found himself right at home, although even here he occasionally felt dissatisfied. Working in Kazakhstan during the peak of Stalinist purges, Mirzoyan complained all the time that Moscow kept giving him low execution quotas. He was completely possessed by the idea of “overfulfilling the quotas”. According to different estimations, during the reign of Mirzoyan, now an ardent communist, from 16 to 22 thousand people were executed in Kazakhstan. Saken Seifullin, Magzhan Zhumabayev, Akhmet Baitursynov and many thousands of the best representatives of the Kazakh nation were killed by Mirzoyan.

Party official Mansur Gataulin, sentenced to execution by the Supreme Court of the Kazakhstan SSR on November 22, 1937, when the republic was ruled by Mirzoyan, said in his final statement at the trial: “…I get out of the car, and there is nobody and nothing around, just a long livestock depot. I open the door and see dead bodies. The whole enormous room was stacked with corpses. Some people’s eyes were still open, but you could tell they were going to die any minute. I went back out, there was someone screaming outside. Crazy, disheveled women with knives pounced on the driver, trying to stab him. I fired in the air, they scattered. I looked around: there was a fireplace nearby, a big cauldron on the fire. Something was boiling inside. I opened the lid and there, in the bubbling water, I saw a little leg, then a little hand, then the heel of a little foot… That’s when I became an enemy of enemies of the people…”. And this is just one of the thousands of bloody and extremely brutal episodes of the genocide committed by Mirzoyan against the Kazakh people. And he didn’t come to Kazakhstan alone—he brought with him a gang of 49 Dashnaks, who quickly switched to the Bolshevik camp. One of them was Artyom Hayrapetyan, who played a prominent role in the extermination of the Kazakh people.

In one of his interviews, Kazakh historian Daniyar Kasymov points out that it was important for Mirzoyan to make sure that his instructions to wipe out the Kazakh intelligentsia were meticulously implemented throughout the vast territory of Kazakhstan. “Levon Isayevich sent his representatives to all, even the most remote parts of the republic, to control the execution of the instructions to expose the new groups of ‘Kazakh nationalists’. Once again, for the Dashnaks we were just ‘wretched Turks’. We speak a Turkic language and this allowed the Armenian fascists to believe, as they were annihilating Kazakhs, that they were taking revenge for the ‘genocide of Armenians in the Ottoman Empire’,” Kasymov said.

And today, being mindful of the history written in the blood of the Turkic peoples and seeing the CSTO troops, including the Armenian “expeditionary corps”, enter brotherly Kazakhstan, we can only view this as a national tragedy. But do the Kazakh people understand this?