Georgian foreign minister Ilia Darchiashvili on Thursday said the government was “actively working” with neighbouring countries and partners both in Central Asia and in the European Union to further strengthen its role as a “strong contributor” to peace and energy security in the South Caucasus region. 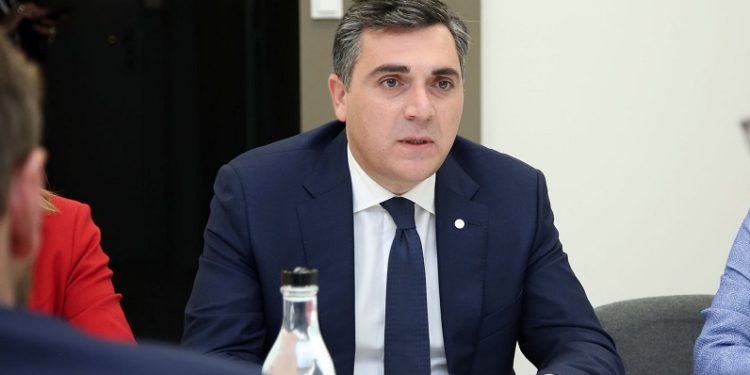 Speaking to the media on the sidelines of the first session of the inaugural summit of the European Political Community in Prague, the official stressed “Georgia is an outstanding contributor to strengthening of energy security, and in today’s deteriorating energy security conditions, it has acquired an even greater and more important role”.

When we talk about energy carriers, Georgia already has the role of an important regional player. We have been playing a special role in our region for years”, said the foreign minister.

He said Tbilisi was” ready at any time” to host Armenian and Azerbaijani leaders “for a calm and peaceful dialogue” to ensure regional stability amid tensions periodically flaring up between the latter over the disputed Nagorno-Karabakh region.

This is an ongoing process and one of the key priorities for the Georgian government. Through the active involvement of prime minister Irakli Garibashvili, [Armenia and Azerbaijan] have already come to concrete results. The recent meeting of [Armenian and Azerbaijani] foreign ministers in Tbilisi points to the special trust Georgia enjoys among its friends”, said Darchiashvili.

Georgian prime minister and Philip Reeker, the senior adviser of the United States department of state for Caucasus negotiations, brokered a deal in June 2021, involving Azerbaijan’s release of 15 Armenian prisoners of war in exchange for receiving from Armenia a map of landmines in the Agdam district of the region.

In the agreement, which followed the most recent conflict between the two counties, the captives were handed over to Armenia on the Azerbaijani-Georgian border, with the Georgian authorities attending the swap.

In July this year, Armenian and Azerbaijani foreign ministers, Ararat Mirzoyan and Jeyhun Bayramov, held their inaugural meeting in Tbilisi, as part of the Georgian government’s Peaceful Neighborhood initiative for the South Caucasus, initiated by Garibashvili to facilitate talks between the regional states.