The European Council on Friday said Armenia and Azerbaijan have agreed to a civilian EU mission along the countries' border, where the worst fighting between the two ex-Soviet states since 2020 killed more than 200 people late last month. 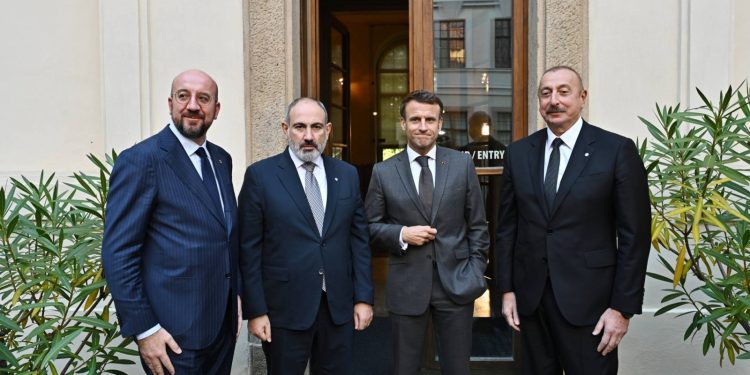 “There was an agreement by Armenia to facilitate a civilian EU mission along the border with Azerbaijan. Azerbaijan agreed to cooperate in this mission as far as it is concerned,” it said in a statement.

The announcement came a day after Azerbaijani President Ilham Aliyev and Armenian Prime Minister Nikol Pashinian met in the Czech Republic on the margins of the first summit of the European Political Community at the invitation of French President Emmanuel Macron and European Council President Charles Michel.

The mission aims to build confidence and contribute to the border commissions and will start in October for a maximum of two months.

“Armenia and Azerbaijan confirmed their commitment to the Charter of the United Nations and the Alma Ata 1991 Declaration through which both recognize each other’s territorial integrity and sovereignty.

“They confirmed it would be a basis for the work of the border delimitation commissions and that the next meeting of the border commissions would take place in Brussels by the end of October,” the statement read.

It also said the next meeting of a border delimitation commission will take place in Brussels by the end of October.

“The aim of this mission is to build confidence and, through its reports, to contribute to the border commissions,” the council said.