Georgia is hosting trilateral Eternity 2021 drills involving the country's defence forces alongside their counterparts from Azerbaijan and Turkey, in manoeuvres designed to hone capabilities for protecting strategic energy infrastructure in the South Caucasus. 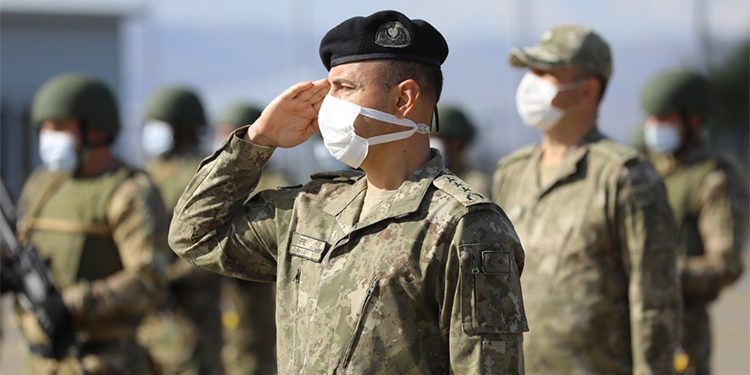 Military and interior services are involved in the trilateral manoeuvres running this week in Georgia. Photo via Ministry of Defence of Georgia.

The command- and staff-level exercise opened on Monday, with computer-assisted scenarios involving both theoretical and field involvement from over 200 military and interior services personnel.

Georgia’s Ministry of Defence said the Department for Protection of Strategic Pipelines from the Ministry of Internal Affairs was involved in the drills that will cover scenarios for providing security for the Baku-Tbilisi-Ceyhan regional pipeline running across the three states.

Development of interoperability between units from the three countries is another element of the exercise, the ministry added.

Georgian-produced Didgori armoured vehicles are set to feature in the field component of the manoeuvres, which will run through October 8.